It started with a Crazy Crawler 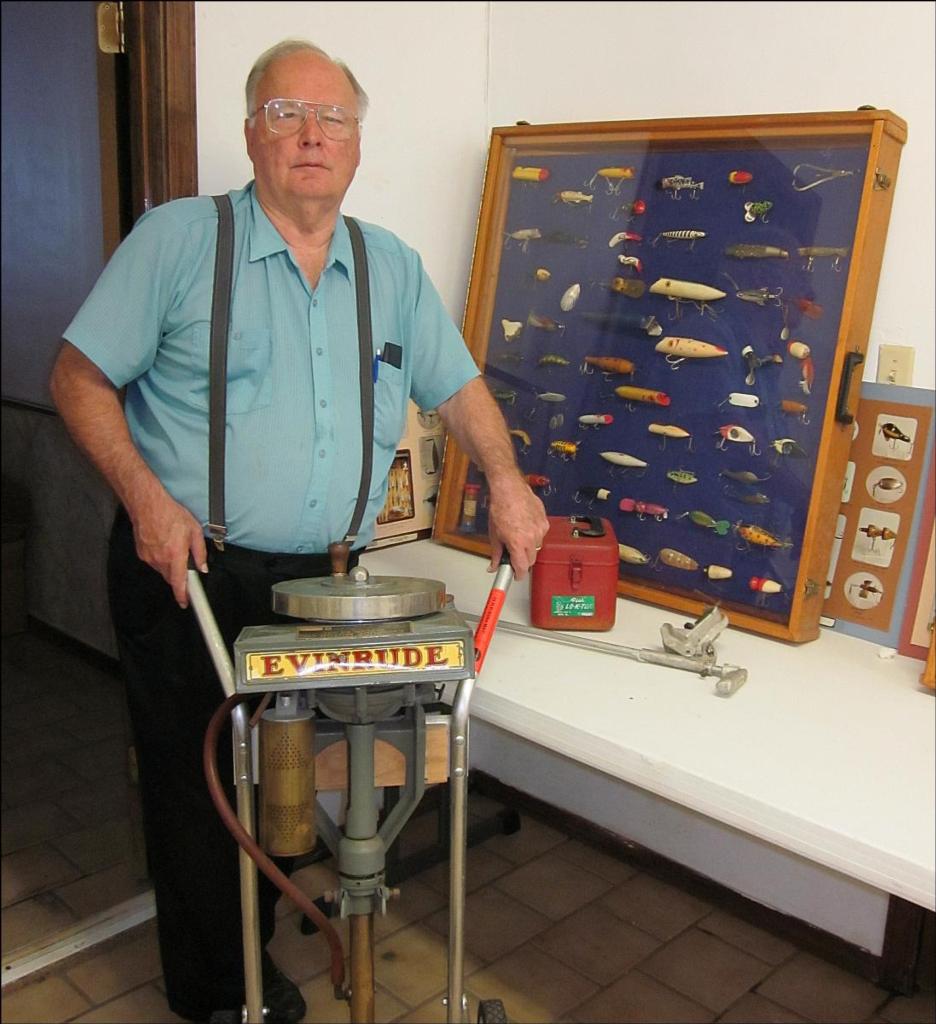 Karl White never met a lure he didn’t like. In fact, considering that he possesses many thousands of lures in his famous collection, it’s safe to say that nobody comes close to matching the Oklahoma man’s fondness for fishing lures.

White is one of the seminar speakers at the Forrest Wood Cup in Duluth, Ga., this weekend, and while he won’t be showing off all his collection at the Outoors Expo in the Gwinnett Center, he’ll have a lot of them on display.

“I thought that the folks who visit the Expo would like to see a collection of some of the more famous bass-fishing lures of the last century,” says White. “I’ve divided them up by the decades in which they were first offered and became famous. A lot of people will see lures that will bring back happy memories, no doubt.”

Lures on view in White’s booth at the Expo will include various Heddon, Creek Chub, Paw Paw and Shakespeare, in various configurations and that are surprisingly reminiscent of some of today’s most popular plugs. Though modern luremakers like to brag that their latest offerings are unique in design and action, White’s collection might convince visitors to the show that there’s really nothing new under the sun when it comes to enticing bass.

As fascinating as his collection is, White’s lifelong quest for the rarest of fishing lures encompasses a tale just as captivating. Like any good story of American determination applied toward a goal, White’s started out humbly.

One day when he was a boy, White slung a cane pole over his shoulder and went fishing at the Dolese Sand Pit near his grandmother’s house. He was using worms, but met a teenage boy there who had a bass plug tied to the line of his rod and reel. White had never seen an artificial lure used to catch fish, and as he unwrapped the line from his pole, he figured he was about to teach the other angler a lesson in how well live bait beats fake plugs. Yet within a few minutes, the teenager yelled “Hooked!” as a bass came splashing to the surface. He might as well have been talking of White, too, because the latter’s fascination with lures began then.

Determined that he would buy a lure just like the one his older fishing companion used to catch the small Oklahoma largemouth, White started saving the meager allowance his grandmother gave him. A nickel at a time, he collected his money and finally had enough to buy a Heddon Crazy Crawler like the one he had picked out of a mail-order catalog. The youngster sent his funds with his mother to purchase the Crazy Crawler from a local tackle store, but, much to his dismay, his mother returned without the lure. Its asking price had gone up by ten cents. Two more weeks went by before White possessed his first fishing lure.

White’s collection gradually grew throughout his youth and swelled after he reached adulthood. He went to University of Central Oklahoma in Edmond, and double-majored in Biology and Chemistry with a minor in Mathematics. After graduation and a stint in the U.S. Army, he floated from job to job. While in the Army, he had served in a number of outpost areas and worked on projects that involved the application of the things that he had learned in college.

Eventually, he was employed by Stemen Laboratories in Oklahoma City and assigned to work on allergy treatments. After five years, White owned the fledgling company and had changed its name to Crystal Laboratory. He operated Crystal Laboratory for almost 40 years before selling it to another company. During all that time, White travelled the country with his wife Beverly and was able to track down and purchase other lure collections as well.

Today, the Karl White Lure Collection numbers more than 20,000 pieces, some of which are color sets that include 10 to 15 individual lures. The collection has been declared the most comprehensive and complete collection in the world by fishing tackle experts. At one time three-fourths of his collection was displayed in a 10,000-square-foot building, but the whole collection has never been displayed at one time. That might change soon, however, as White is negotiating a deal with a major company to house his entire collection.

Not only is he a respected lure collector, but Karl White is regarded as the most knowledgeable fishing tackle expert in the country. If you have the chance to visit with him during the Forrest Wood Cup, you’ll understand why he deserves that designation.