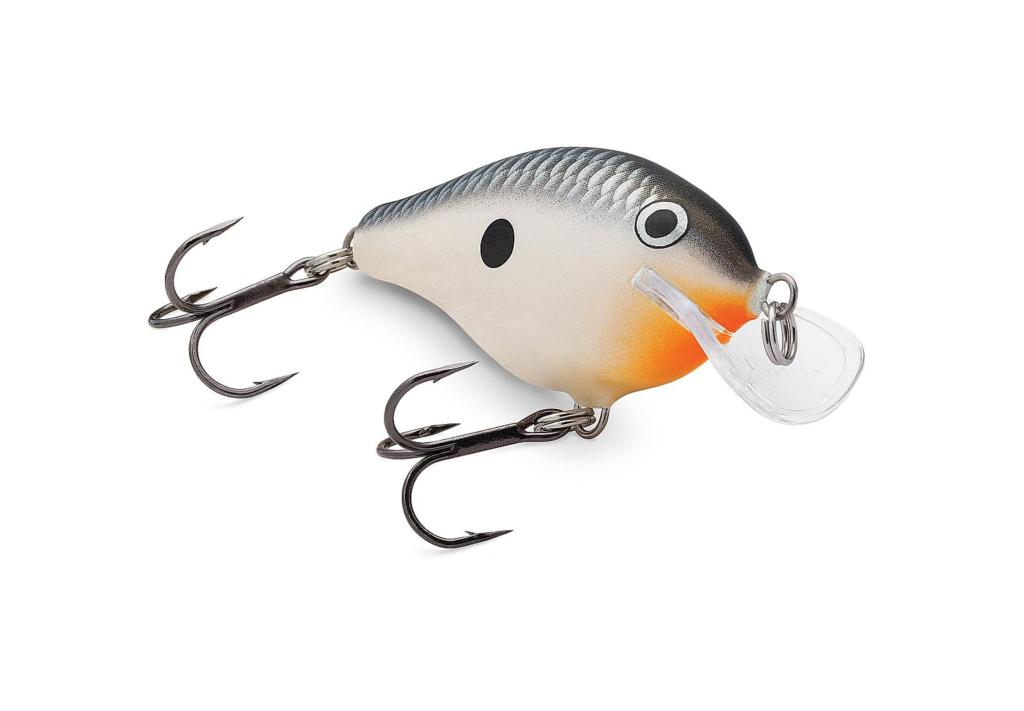 The company that introduced the Original Floater, Shad Rap and DT Series says its newest line of lures could be its most successful yet. And so far, action is speaking louder than words as all the major industry retailers, including Walmart, have purchased a piece of the action.

Now that we have your attention, let’s break down the baits. Nearly two years in the making and after a month of mystery marketing, Rapala officially unveiled the Scatter Rap Friday. At first glance, the lures appear remarkably familiar. In fact, you might even wonder if you’re looking at the right lineup. Closer examination reveals the only difference is, in fact, the design of the lip.

While it comes in four familiar hard-body styles (Crank, Shad, Minnow and CountDown), its action is quite different. Instead of a consistent wounded-minnow wobble, the Scatter Rap does what its name implies – it scatters from side to side. Rapala describes the movement as an “evasive, erratic, aggressive sweeping action.” The key to the action is the cupped-shaped lip, which can best be described as akin to a flower pedal.

For years, the crux of effective crankbait fishing was to bring the lure to the bottom and deflect off of hard surfaces such as stumps, rock, and shells. The deflection is oftentimes the exact moment strikes occur as the lure mimics a baitfish fleeing predators. Rapala’s concept was to design a lure that would perform that evading action (throughout a cast) without requiring deflection.

The idea is sound, but the execution proved difficult. According to Rapala officials, similar baits exist in Sweden and Finland, but all are handmade. Nevertheless, the effectiveness of these lures was unmistaken. Therefore the challenge was to mass manufacture similar baits with quality components and maintain that “evasive” action. Each of the four styles is built out of balsa, comes with VMC black nickel hooks and is officially classified as “multi-species.” At the present time, each style comes in a single size – 5 centimeters for the Crank, 7 for the Shad, 11 for the Minnow and 7 for the CountDown.

According to two-time FLW Tour champion and 10-time Forrest Wood Cup qualifier Dave Lefebre, the Scatter Rap Crank will be the most utilized of the four by bass anglers.

“It’s is hard to pick just one, because it’s such a new concept,” said Lefebre. “But the one I am really excited to play around and gain some experience with is the Crank. It’s just so different and different can be everything in our sport. It’s not like a bait that comes out every day.”

With a body that weighs 5/16 of an ounce, Lefebre said the Crank can be fished on spinning gear, but baitcasting gear is optimal. Thrown on 8- to 12-pound fluorocarbon line, the Crank will dive between 6 and 8 feet. But it’s the lateral motion, not the vertical motion, that counts.

“I would estimate that sweeping motion runs a foot to 15 inches from center in both directions and it’s wobbling the entire time it’s doing that,” the Kellogg’s pro added. “Where I see it shining is when fish are up on the bank or when they are suspended – your typical crankbait situations. Those type of suspended fish in particular are the hardest fish to catch.

“It will be incredible on the clearer water, gravel-type lakes. If guys are able to develop confidence with it in time, I could see it becoming a factor at Smith (FLW Tour stop No. 2).”

Oftentimes crankbait fishermen twitch, jerk or pause the rod during a retrieve. With the Scatter Rap, that’s unnecessary because the action is built in. However, a faster retrieve will impart more erratic action and likewise a slower one will result in a tighter, more traditional crankbait wobble. In that sense, the new line offers increased versatility. Lefebre did say the bait is not designed to be speed reeled.

“Up until now, you and me as fishermen had to impart the movement in our crankbaits. The further you throw the bait the more action it has. But it does all that for you. We’re not responsible for imparting the action.”

While the Scatter Rap Crank looks to be king among bass anglers, the other three styles also have potential. For example, the Shad Rap, while primarily known as the top walleye crankbait on the market, is also extremely effective for cold-water bass fishing. Likewise, the new Scatter Rap Shad has basically the same body (slightly thinner) and now possesses expanded action. In theory, its new “hunting” ability should make the Scatter Rap Shad a more appealing option during the warmer postspawn and summer phases.

Of course, the Scatter Rap Shad will have a major impact in the walleye world. For years, walleye anglers have trolled Shad Raps on leadcore – basically grinding their baits into lake and river bottoms. If the Scatter Rap Shad can trigger those same bites without hitting bottom, walleye trolling will forever be changed.

In many ways, the Scatter Rap line represents an entirely new thought process. The concept is truly revolutionary. If it works, it could change the way anglers think about deflection, much the same way the Alabama rig altered the thinking on multiple-bait presentations. In short, it could be a game changer.

As veteran pro Bernie Schultz said, “It looks like it’s running for its life.”

“It’s almost like it’s invisibly bumping into stuff that’s not there,” concluded Lefebre.

While the early reviews are positive, much of what we’ve seen and heard thus far (quite honestly) is coming from Rapala Pro Staffers, albeit credible ones.

The Scatter Rap Series is available in 14-16 classic and new colors. Cast or trolled, the Scatter Lip allows the baits to swim between 5 and 9 feet of water.

The suggested retail price for each of the four styles is $8.99. For more information, visit Rapala.com.