Kentucky Lake will be another game of ledges 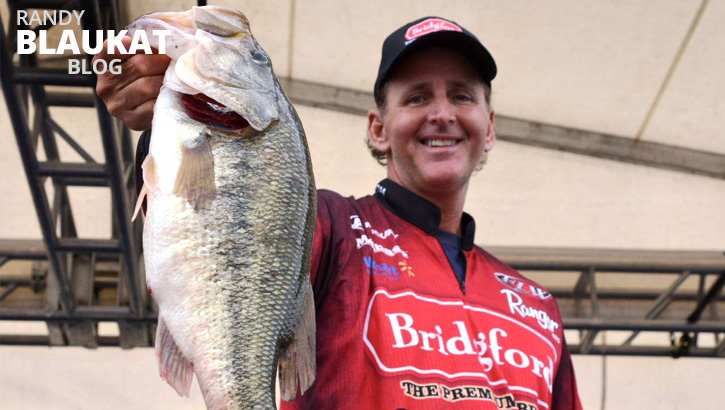 Lots of story lines will be going down this coming week as the Walmart FLW Tour closes out its regular season with the 2014 finale on Kentucky Lake. In addition to the 35 Forrest Wood Cup qualifiers to be determined, also on the line are the $10,000 checks awarded to each of the top 60 anglers.

For many of the pros who also fish the Rayovac FLW Series Central Division, this will be the third stop in the past month on the TVA impoundments of Kentucky Lake and Pickwick, and the Tour event seems to be shaping up as a repeat of what we have seen in both of the preceding tournaments.

The anglers who competed on Kentucky Lake just three weeks ago in the Rayovac FLW Series event were greeted by a lake that produced tremendous catches in terms of both quality and quantity.

While impressive, these catches can’t be contributed to the fishery, but to the technology and skill levels of modern anglers. If this same event were held 15 years ago, the catches would be half of what they are now, simply due to the smart application of today’s technology.

New, super-detailed GPS chips/electronic technology and an explosion of cutting-edge “secret” ledge lures are the main reasons for such impressive catches at both Kentucky Lake and Pickwick.

We’ve seen a tidal wave of power shaky heads, tricked-out swimbaits, lifelike jigheads and more in recent years. These have taken the place of traditional big worms, crankbaits and football-head jigs. Combine the “new” lures with electronic technology, and the bass have little chance to avoid being caught.

A prime example of this was the spot I found and fished at the Rayovac FLW Series tournament.

It was a hard spot near a subtle drop-off that was no bigger than an above-ground swimming pool. The bass were stacked on this spot in huge numbers. Ten years ago, without side-imaging, GPS and new mapping chips, it’s likely I never would have found it. And I would never have maximized the potential of the area if I had only the traditional ledge-fishing lures of yesteryear.

The same could be said for all the other anglers who worked such offshore structure. The combination of space-age electronics and lure technology has changed the game of offshore fishing in a massive way, and if anglers don’t accept and adjust to it, they’ll be left behind without so much as a tournament check to show for their efforts.

That being said, this week’s Tour tournament will no doubt be a toadfest. The bass will be positioned in the same locations as they have been for the past month, and everyone knows where they live. They will be easy to find and catch.

Environmental variables that will influence catches in this tournament are minimal. These fish will bite regardless of the generation schedule, wind or fishing pressure. Many anglers will see their outcomes more dependent on the boat draws they receive, especially on day one. Most of the really big catches will be registered by the pros fortunate enough to get an early draw, as has been the case in the last two events.

At Kentucky Lake, the local anglers are also a variable. They are on the lake every day, and know all the spots the pros fish. In essence, not only will the pros be competing against each other, but they’ll also be competing with an armada of locals for the prime drops and ledges, especially in the south end. All of us who have competed on Kentucky Lake know and understand the reality of the situation.

One of the things we’ll see less of this week is any reliable shallow bite. In the Rayovac FLW Series event three weeks ago, there were still some good catches to be had fishing shallow. This week, unless you want to come in 160th with 10 pounds a day, you better forget about trying to get bass going on the bank.

The top finishers and check claimants this week will all be doing the same thing: fishing main channel drops and shell beds with swimbaits/big shaky heads/spoons/jigs, as well as some cranking. The key to success will not be so much the techniques as rotating techniques on specific spots.

The chances of anyone getting on some off-the-wall spot like Greg Hackney did at Pickwick or Dave Lefebre did when he won here a few years back are slim, but they do exist.

I predict this event will be won by an angler who is fishing either deeper than most, or shallower than most (shallow ledges, not bank fishing). The odds of getting on a community ledge and winning are slim too.

Regardless, there will be a lot of great catches and stories this week. I’d like to encourage all the competitors to take extra care of their fish. Keep those livewell pumps on all day, add some Rejuvenade and ice occasionally, and slow down in any rough water.

Also, keep a can or bottle of lemon-lime soft drink in your boat. If you deep-hook a bass and it’s bleeding, pour some of the drink down the fish’s throat, as it will stop the bleeding.

Best of luck to everyone!