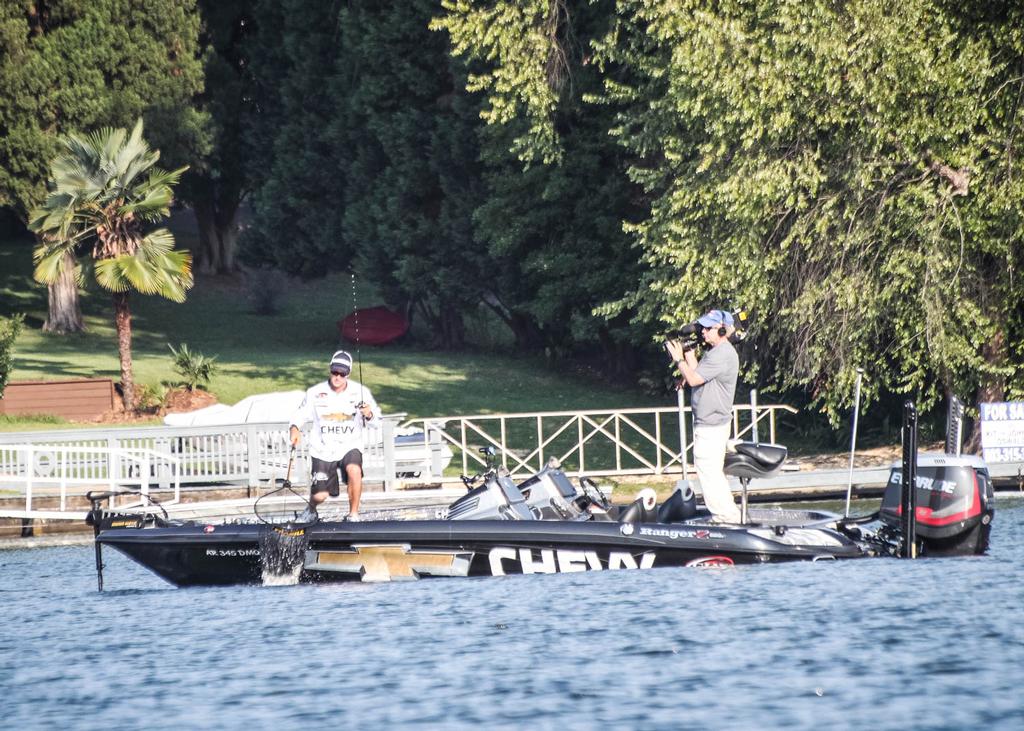 Despite the local pressure, Gagliardi still got on the board early in day four of the Forrest Wood Cup. Photo by Jeff Samsel. Angler: Anthony Gagliardi.
August 20, 2014 • Jeff Samsel • Angler Columns

Editor’s Note: The writer's opinions and observations expressed here are his own, and do not necessarily reflect or represent the views, policies or positions of FLW.

I understood Anthony Gagliardi’s strategy as I watched him on the final morning of the 2014 Forrest Wood Cup, but it still was odd to watch.

He wasn’t casting at all. Just standing, watching and waiting. He was waiting to cast to largemouths when they busted blueback herring on the surface.

Fish feeding on herring during the summer only come up for an instant, and the only way to catch them is to cast immediately to the spot where they break. Gagliardi didn’t want his bait a cast’s distance away to the left when he really needed to make a cast to the right. And so he waited.

“That’s the best way to do it when they’re schooling,” Gagliardi said during the press conference right after he won the championship. “When one breaks you have about three seconds to put the bait there.” 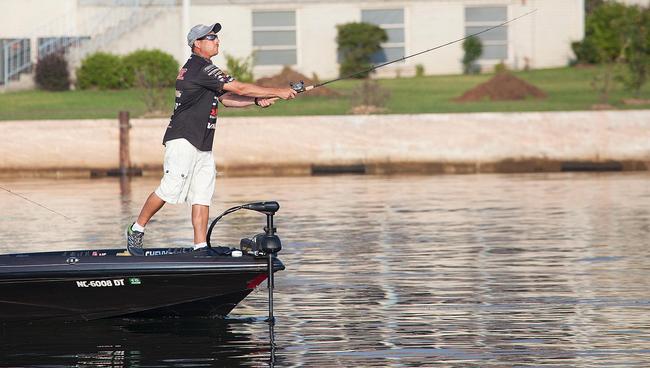 The approach made sense, but it still seemed out of place to watch Gagliardi hold his cast for several minutes with the tournament clock ticking. The oddness was magnified by what I had watched the morning before, when I followed Bryan Thrift. He never stopped casting and cranking, except when he was running from one spot to another. Thrift fished all day as if there were only a few minutes remaining in the tournament

Burning key shoreline cover in a big mid-lake creek, Thrift always brought in his bait and cast again with one seamless motion. He cast barely past a target – maybe a patch of grass – and immediately put his surface offering into motion. As quickly as the bait cleared the cover, he turned the super-speed reel to get the bait back and make the next cast, which he was already eying.

Whether skipped beneath a dock, cast to the back of a grass patch or aimed at a seawall corner, every cast hit a new spot where a fish was likely to be holding. It was all about efficiency. The fish were in cover, so Thrift wanted his bait working in the cover all the time.

Adding to the contrast I witnessed while watching these two pros, Gagliardi didn’t fire up his big motor for three hours after he got to his final-day starting spot, and he mostly used his trolling motor to maintain position in the middle of the area where the fish were breaking. He fished an area, more so than a tightly defined spot, but it was a fairly small area where he stayed for a very long time.

Thrift, on the other hand, ran a half-dozen spots in the first 45 minutes he fished, making only a handful of casts to various key spots before running again. When he worked long stretches of bank, he kept the trolling motor on high and almost never repeated a cast to a spot.

Gagliardi and Thrift were fishing the same lake during the same tournament, and I watched them on back-to-back mornings. Their approaches couldn’t have been much more different, but as I consider each of their respective strategies for efficiency, each pro was doing exactly what was needed to get the job done.