So You Want to be a Co-Angler? 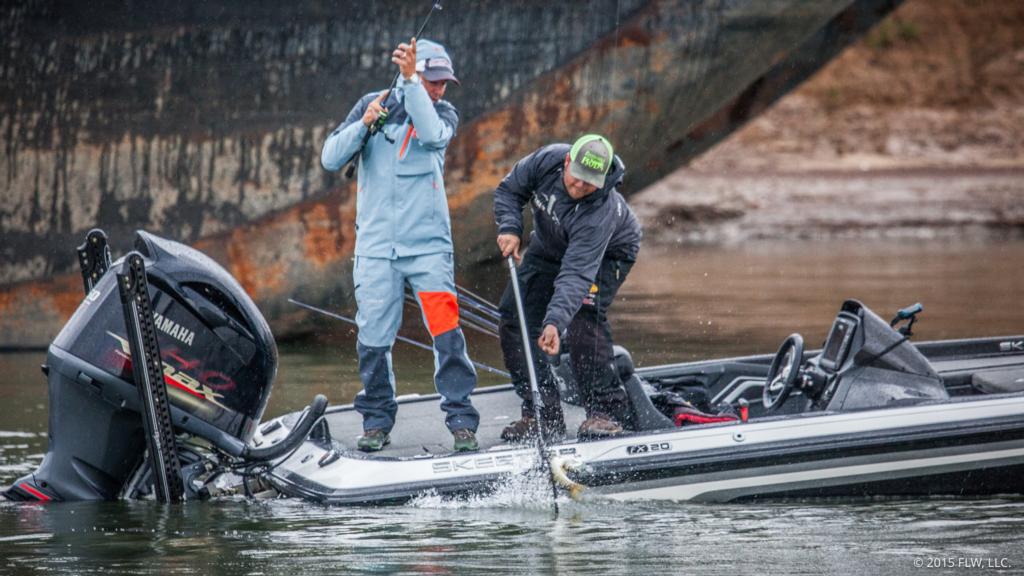 (Editor’s note: Few co-anglers in the Rayovac FLW Series have been as successful as California fisherman Todd Kline. He’s won back-to-back Co-Angler of the Year titles and earned more than $124,062 in three seasons – including $54,000 last year. We asked Kline to provide some insights on his experiences that might be useful to other aspiring co-anglers. Here’s what he had to say.)

I fished my first Rayovac FLW Western Division tournament as a co-angler in 2013 at Lake Oroville. At first I was overwhelmed by the fancy, wrapped boats and the big-name anglers running them. When I hit the water on day one, however, I was able to put all of that out of my mind and just focus on catching bass.

Fishing in any tournament as a co-angler can be intimidating. At the start, chances are you’re fishing with a stranger, and perhaps on a lake you’ve never fished before. In time, of course, you make friends and learn lakes, and your apprehension melts away. Once out there on the lake, your skills kick in and you just settle down and fish. Still, you’re sharing the boat with the guy who calls the shots, and how successful you are as an angler depends a lot on how you interact with him.

First and foremost, I know I’m fishing the tournament as a co-angler and I make sure that I not only stay out of my pro’s way, but I do what I can to assist him throughout the day.  This starts at the ramp with assisting him with the launch where possible.

Once the tournament day has started, probably the most important thing for me to do is respect my pro’s water while we’re fishing. I’m never going to cast up in his direction or anywhere he might fish unless given permission. This is where I think many co-anglers make the mistake of thinking the fish are only in front of the boat.

If you cast forward and crowd your pro, it’s going to be a long, hard day with bad vibes for both parties. You signed up for the tournament as a co-angler to learn and have fun. You’re not the pro. It’s very important to pay attention to where your pro is fishing and not cast anywhere near the same spot where he just cast.

I try to cast in the areas where he has not fished nor appears to be interested in fishing. For example, consider my experience in the Lake Havasu Rayovac event I recently fished.  One day, as my pro pulled up to a tule patch that came to a point, he dropped the trolling motor and went left. I cast my Senko on the right corner of the point and was able to catch a fish. Had I not seen that his first cast would be on the left side, I would have missed that opportunity to catch that fish.

On another occasion, my pro was flipping. I tried to keep an eye on every hole he pitched into. I would then pitch in different spots and hit any likely-looking areas he might have missed. I think that’s mainly why I was able to catch fish behind him. Generally the pro will fish the best spots, but there will be the odd occasion when he might miss a spot or two for whatever reason. If you’re focused and prepared, you can fish such spots and increase your odds of catching fish behind him. Remember, though, these are largely unpredictable targets of opportunity; otherwise the water belongs to the guy in the front.

To get ready for each tournament, I’ll research online. Among other things, such as learning about the lake itself, I want to find out what it’s taken to win recent tournaments there. Knowing that you probably don’t need to fish for 20 pounds in order to win, but perhaps half that weight, can certainly help your mental game. I also keep notes of my fishing and I’ll refer to them if we’ve fished that lake before. This helps me in preparing my rods, baits, line, etc. It’s part of the confidence-building process.

Once I hit the lake to practice, my mission is to zero in on a couple of patterns that will work for me, the co-angler. Ideally, I try to find a shallow bite and a deeper bite if possible. That way, I have two baits for diffrent scenarios, regardless of whether my pro goes deep or shallow. Having both a deep and a shallow bite to work with also will help me should the weather change quickly. If it warms up, it could send the fish to the banks. If it gets colder, it might send them deep.  Whatever the case, I want to be ready.

Having said that, it’s very important to remain somewhat open-minded and fish the water that the pro has provided. Make adjustments if he’s fishing an area that is not conducive to the baits or presentation you had pinned your hopes on after practice. For instance, suppose your pro is fishing isolated tules. This will not work for the jerkbait that you’re a stone-cold expert with. So expand on what you know and throw a fluke that will be weedless, but will have a similar action and might catch those fish. Also, don’t be afraid to throw completely different baits when you see key areas. Throw a frog at a mat. Cast a crankbait to the riprap. Have a go-to bait or two, but adapt based on where your pro takes you.

Hopefully, I’ve related some things I’ve learned that will help you in your next tournament. Respect your pro, fish with confidence imparted by your preparation, have a go-to bait or two, and adjust if needs be based on where your pro chooses to fish. Remember those points, and it will go a long way in helping you have a successful co-angler experience.

See you on the water, and good luck in your next tournament. Should you have questions, feel free to contact me at toddklinefishing.com 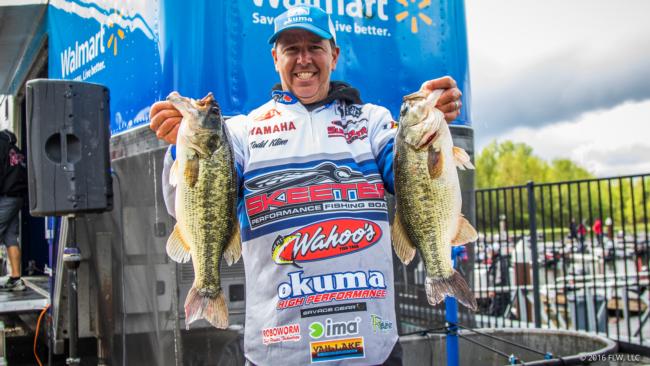