How to Catch Big Fall Smallmouths 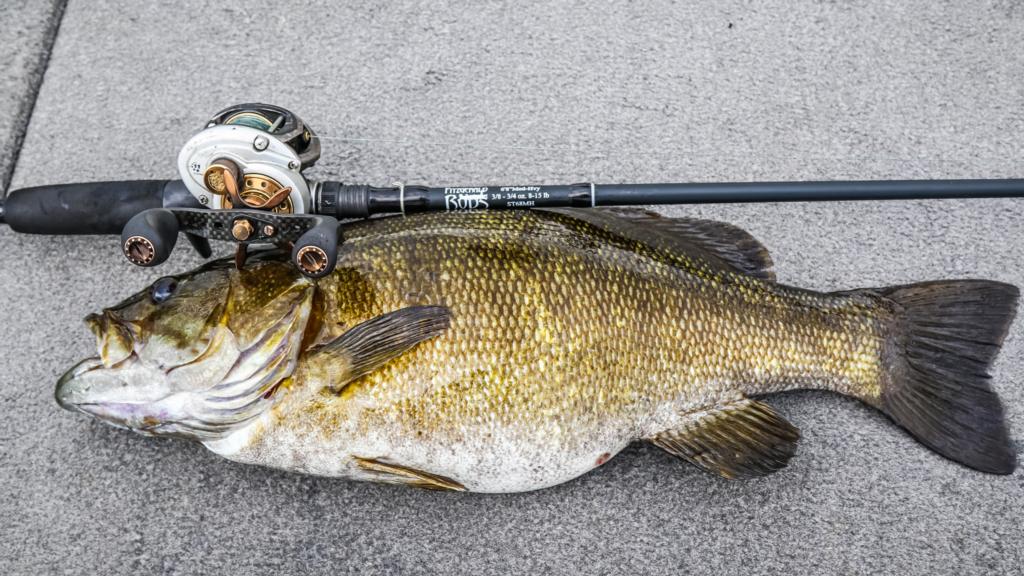 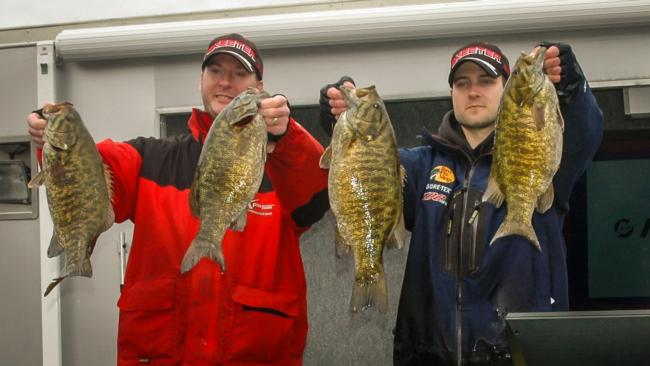 What's the best time of year to catch lots of big smallmouth bass in the northern United States? Well, get ready, because it's going to happen in the next couple of weeks and continue until the lakes freeze solid. And the best part about it is that often times you will have entire lakes to yourself since most anglers switch gears and start their hunting seasons, leaving the lakes almost completely void of pressure.

The hardcore anglers like myself will fish through the fall until the lakes freeze over and experience days that most people only dream about while sitting in their deer stands. I'm not saying catching 20-pounds-plus bags is as easy as putting your boat in the water, but with a little practice it can become the norm. Oftentimes once you find an area the smallmouth are using now, you can go back to that same spot year after year and catch them.

The key to being successful during the fall is understanding the seasonal migration and capitalizing on it. This migration varies based on the type of water you’re fishing, but in general, the smallmouth will move from their late-summer haunts when water temperatures begin falling below 70 degrees, to areas where they can feed heavily until water temperatures drop into the 40s. As water temperatures continue to fall, smallmouths will move deeper into their wintering locations and stay there until the springtime thaw. Understanding this process is crucial in improving your success rate, since the fish can be moving quickly as air temperatures drop and days become shorter.

In order to quickly locate smallies during these fall transitions, I pay close attention to the following five key elements:

1. Body of Water – Smallmouths in rivers behave differently than smallmouths in lakes. River fish will continue to stay in heavy current as long as they have big eddies or slack water nearby. Wing dams, islands, sand drops and mouths to backwaters all provide excellent areas for baitfish balls to group up and create ambush points for schools of smallmouths. Those same large eddies become wintering locations for smallmouths so they don't have to move much and are often found in water less than 10 feet deep.  Smallmouths in lakes, however, will use the entire water column to feed throughout the fall before eventually settling on deep wintering locations.  The water depth where you will find the most action is usually dependent on the type of forage available in each body of water.

2. Water Temperature – The water temperature may be the single most important factor in determining the location of smallmouths during the fall. It tells us where the fish should be and what they should be eating. As a general rule of thumb, as the water gets cooler the fish will move deeper. Additionally, you must be aware of the seasonal migration of the forage the smallmouths are feeding on. For example, crayfish become dormant as the water cools off into the low 50s. This means they become unavailable as a primary forage for the smallmouths, which will begin feeding on other prey. It requires a pattern change on the angler’s part if he hopes to continue to be successful.

3. Forage – It's important to understand the forage base of the lake you’re fishing. We don't have many lakes with shad in them in the northern part of the United States, but we do have alewives, ciscoes, shiners, and panfish – to name a few. All of these baitfish relate to different depths so finding the bait will result in finding the smallmouths. Remember, the only thing smallmouths care about at this time of year is fattening up for the winter. They don't wait and ambush as much as they stalk and capture.

4. Water Color – I have found that water color is an important factor in catching fall smallmouth bass. I'm not referring to finding clear water in a stained lake, but rather making the point that fishing is generally better in clear, deep natural lakes than it is in stained, shallow lakes. Therefore, unless I'm river fishing, I tend to stay away from off-colored water.

5. Air Temperature – Every fall we have those fluke warm days and drastic cold days that can change the fishing in a hurry. It's not uncommon to have a warm fall day push a bunch of smallmouths into the shallow flats where they are easily susceptible to topwater baits. Vice versa, if there are a few consecutive days of frigid temperatures, the school of smallies you were catching in shallow water might quickly relocate to much deeper water. It's important to keep an open mind and realize that the fish might move faster than the water temperatures rise or fall.

Finding the areas the smallmouths utilize during the fall transition is not always easy. Once you locate a couple of schools of smallmouths, however, you’ll experience some of the best fishing of your life and have a shot at some magnum-size fish. Usually, they’re willing to bite anything you throw at them though my favorite baits are topwaters, swim jigs, jerkbaits and tubes. Remember to rotate lures often since it’s not uncommon for smallmouths to change bait preferences from hour to hour.

One last thing: Don’t forget to take a camera. Your hunting buddies need pictures to look at while they’re sitting in their stands, waiting… and waiting…