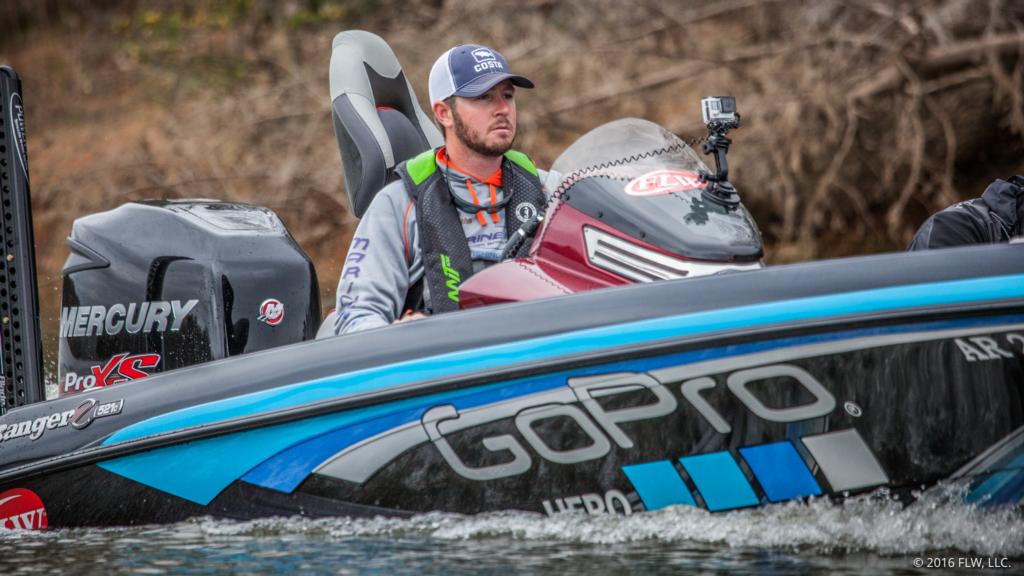 Wow, what a ride. The 2016 FLW College Fishing National Championship is still a blur as my life goes back to the way it was. I have been overwhelmed with interviews, tests, class and work since I have gotten back, but that is what we college kids are used to I guess.

I have wanted to be a professional fisherman since I was very young. I had the great opportunity of living on Lake Murray growing up, and I took advantage of it. When I was 14 years old, I told myself, “I’m going to do this, no matter how hard it may be or what I have to do.”

From that day forward, I have pushed myself to the limit to learn and grow in this sport. I would come home from school and jump in my johnboat so I could hit the lake for a few hours before dark. When I got back (always at dark), I would do my homework and then fall asleep watching FLW shows on my computer. The alarm would go off early in the morning before the sun came up so that I could go and fish for an hour before I had to leave for school.

Since then I have fished, and been able to win, at the junior, high school, club and state levels. Ready for the next big step, I decided to accept the invitation I was given when I was a sophomore in high school to fish for the University of South Carolina.

I had not originally wanted to compete in College Fishing because I thought I was ready for the next level, but after talking to a mentor of mine, Brett Mitchell, I realized that I should do it and see if I could have success in the college bass fishing world.

I started competing in FLW College Fishing last year because I transferred from a junior college. Being able to qualify for and eventually win the National Championship my first year of College Fishing has been incredible.

I’m glad I decided to compete. I would have forever regretted not fishing in college. It provides so many opportunities to fish on big tournament-destination lakes and to fish against a lot of future pros. The competition in College Fishing is intense. There are a lot of REALLY good college fishermen who compete with FLW, and FLW does a great job with this program. It has given a lot of anglers legitimate opportunities at the professional level.

The championship provided me with an opportunity to show what I was made of on a national level. My goal, not dream, of being a professional angler just became very real. I now know that I have what it takes to win at the college level. Climbing the “levels” of tournament fishing is very important to me. I don’t believe in moving on to the next level until you can win or consistently be at the top of the leaderboard at the level where you’re currently competing. With the championship in the books, I will start my pro fishing career next year in Costa FLW Series and Bassmaster Opens, depending on the tournament schedules of course.

Going to the fish-off after the National Championship and competing against my tournament partner, Hampton Anderson, and losing a shot at fishing the Forrest Wood Cup really hurt, plain and simple, because I wanted it beyond belief. I had my chances, made the right decisions and adjustments, and got the right bites to win, but it simply was not my time to win. I can accept that. God has a greater plan for me. I just cannot see it yet.

I am happy and excited for Hampton and know he will do a great job representing our team in the Cup. He is a great fisherman, and I have enjoyed every minute of our climb to the National Championship.

Finally, I would like to talk about the most important part of my success: my support team. I don’t know what I would do if I did not have my fiancé Meghan, my parents, sister, teammates and friends. They drive me to better myself because they believe in me. They always have. The ups, the downs – it has been a crazy ride, and having people that care about you no matter where you finish on the leaderboard is amazing. 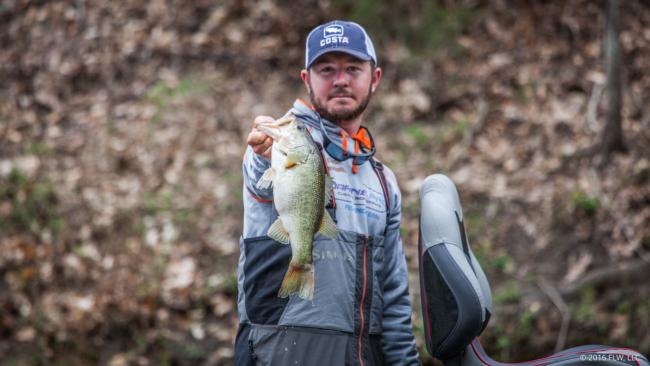 You can keep up with my journey to be a professional fisherman by liking my Facebook page: Chris Blanchette Bass Fishing.