How to Deal with Dock Talk 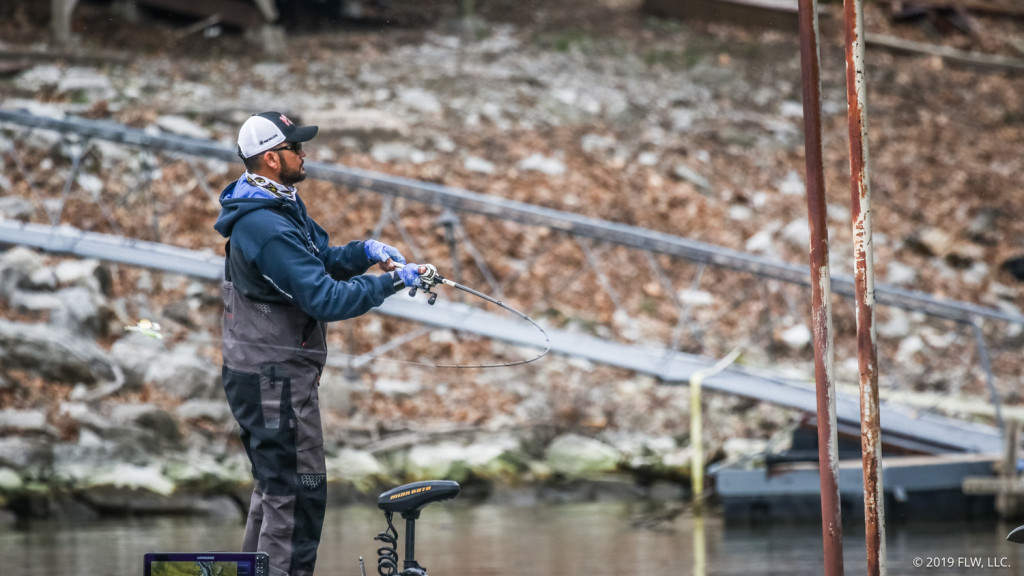 If you fish tournaments or follow tournament fishing, you know about dock talk. It’s the chatter that goes on among bass fishermen during and around tournaments on subjects such as how the fish are biting, what patterns are in play, the weather and just how much of a grind it’s been.

Dock talk can be dangerous. It can lead you astray if you listen to the wrong person. It can hurt your confidence if you hear about someone else really catching ’em doing something different. It can distract you from your game plan and your goals. Dock talk rarely gives you the complete story. There are good kinds of dock talk, but in my opinion that really only applies when you get honest intel from people you really know and trust, which is rare in competition.

I used to have a hard time dealing with dock talk. I’m not saying it doesn’t still trip me up at times, but over the years I’ve spent time with some really good fishermen and learned some valuable lessons on how to deal with it. For instance, when I was getting started, I witnessed some great anglers who, after hearing the dock talk about a supposedly really productive pattern, said stuff like, “Oh, I don’t do that. I’ll catch them a different way if I have to.”

The first time I heard it, I thought, I don’t even think you’re allowed to say that as a full-time professional bass fisherman. I thought you had to be willing to do literally anything to catch fish. I was wrong.

Hearing that response from people I respected really freed me up mentally. I realized that, like them, I could have more success by focusing on the things I do well and have confidence in, rather than paying attention to what the dock talk said I should be doing.

I’ve written about this subject before, but it’s worth repeating: You should take time to learn new techniques and try new baits, but when money is on the line, if you’re not confident in what you’re doing, you’re probably doing something wrong.

These days, I go to great lengths to avoid dock talk. I camp in a truck bed camper just to stay away from all the chatter. In fact, some people say I’m kind of a hermit at a tournament. I’m not trying to be anti-social. I’m just trying to keep focused on doing my job.

The few guys I do talk to are David Williams, Kurt Dove, Matt Reed and Billy McCaghren. I know the type of people they are, and I know I can trust them. They’re good guys. Most of them fish similarly to me, so their input is helpful. Matt likes to fish deep, though, and it’s good for both of us to chat during practice because we’re usually covering different kinds of water. If the fish have just pulled out in numbers, he’ll find them. Or if they’ve just moved up, I’ll find them. It’s a good relationship.

I think a lot of fans assume that when a few pros share information, they’re working together as a team and sharing every detail. That’s not really the case for us.

Working as a team is a new development in pro fishing. It used to be that you didn’t share anything with anybody. Now it’s more common.

I guess I fall into the middle ground. I’m hesitant to reveal too much and not comfortable with the team strategy, but I’ll share a little info with the guys I mentioned – to a point. We don’t share fishing areas or give specific creek names. We might share a general area – the zip code, but not the street address, you could say. Splitting water can be detrimental to two people in some situations. Plus, out of respect, I wouldn’t want to go to a friend’s spot anyway. Now, if one of my friends mentions that the fish are up on a certain type of bank, and I happen to pull into an area where he’s fishing, that’s a little different. Since we’re friends, we can work it out, but my first inclination is always to do the respectful thing and leave.

Respect is important in this sport, and many friendships have been ruined due to a lack of respect. I’m not willing to risk my friendships in that way.

Above all, sharing even a little bit of info comes down to trust. I know I can trust David, Kurt, Matt and Billy. If they tell me something is working, I know it’s the truth, and I know I should give it some consideration.

But that still doesn’t mean I’ll change my plans based on some information they give me. In the end, it’s my career, and my family’s well being that hinges on my performance. I’ve learned over the years that I can’t always catch them the way someone else is catching them, and I rarely gain anything positive from listening to the dock talk. Plus, when I find fish on my own, doing what I’m confident doing, the results are usually better anyway.