ALTON JONES: Understanding the Spawn, and Looking Ahead to Post-Winter Conditions 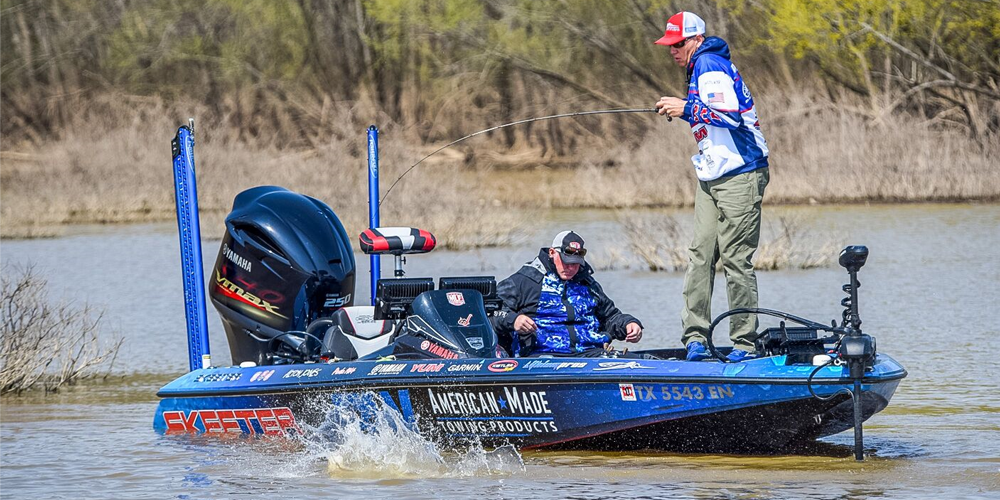 Alton Jones has fought for every point so far in the 2019 season. Photo by Garrick Dixon
April 25, 2019 • Alton Jones • Angler Columns

I’m amazed at how few anglers understand the spawn. Even professionals who’ve been fishing at a high level for a while.

Spawn is not just a female bass coming to a bed, dropping eggs, and being done for the season. The females don’t all show up at once. In fact, each female will often spawn over a period of four to six weeks with several males. It’s generally a prolonged process.

The really cold winters have certainly backed some of the spawning up in recent years, but a cold winter will set up the rest of the year for really good fishing. Instead of no specific seasons, it sort of resets the seasons and makes the fish locations more predictable.

Over our next two MLF Bass Pro Tour events, I believe we will see large numbers of fish caught. It’s the time of the year for topwaters, shallow-running crankbaits, and swim jigs to come into play. One of my favorite topwaters to use at this time of the year is the Super Spook Jr. It catches both numbers of bass and larger fish as well.

The shad spawn should also be significant in the upcoming events, so the early morning bite and moving bites will be significant for success. Expect to see some anglers who have not done well in the colder, pre-spawn events start to excel. The guys who cover a lot of water quickly and efficiently will start to place higher.

I really enjoy fishing this format. Your expectations change throughout the day, and you make so many adjustments. It’s exciting.

For me, every point I’ve earned in the first half of the season is a point I don’t have to earn later to keep me in contention to fish in the REDCREST Championship.

Now, as far as my fitness, I don’t think I’ve ever felt better fishing as a pro. Seriously, by simply cutting my food portions in half and walking daily I’ve lost 50 pounds and feel great. I’m now pain-free. I use a stress ball to strengthen my hands for fishing all day and make sure I eat properly.

I still eat delicious food, just a lot less, and I move. If I can get better starting in my 50s, most anybody can. All you have to do is start.