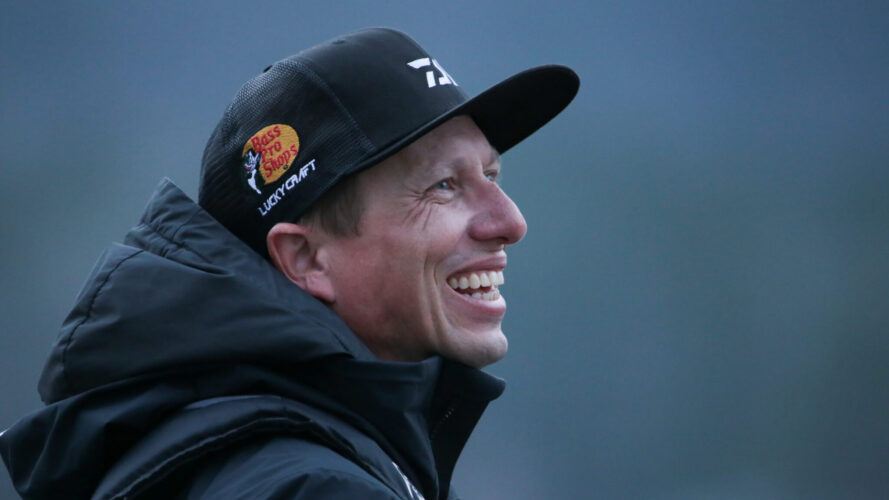 It was a rough start to my 2022 Bass Pro Tour season, but I feel like I’ve rebounded and have some great momentum heading into REDCREST next week. My first two events of the season were bad – I mean really bad – and getting a Top 10 at Stage Three on Smith Lake was just what I needed to get my season back on track.

It couldn’t have come at a better time, too, because I badly want to win on the Bass Pro Tour and there’s no better time than Grand Lake for REDCREST 2022 Presented by Costa.

I make no excuses for my performances at the first two events of the year, but I think it mainly comes down to the offseason I had. Most of it just came down to being rusty. Typically, I like to fish as much as I can when I’m home after the season wraps up just to keep my skills sharp.

This year, a series of unfortunate events messed up my chances at doing that. Starting with my bike accident during one of our Cup events last fall, I was beat up pretty badly. I spent most of November and December just trying to recover. Thankfully, I’m doing much better now physically and have been able to go on a few rides since then.

Just when I was finally recovering from my bike accident, I got COVID, which took me out for a solid two weeks. Between those two things, I spent a lot of time doing nothing. It was a weird offseason. I also didn’t have my boat in until the very last minute before I left for Louisiana and was getting it wrapped the day before I left, so it would have been hard to fish this offseason anyway.

Not being comfortable with the new boat and having it dialed in just right definitely affected me at the first event – I know that wasn’t the only reason I didn’t do well, but it didn’t help either.

After two subpar events to start the year, I’m thankful to have things back on track with a ninth-place finish on Smith Lake. That gave me a boost of confidence at just the right time, and I feel like I’m making the right calls when it counts. That good finish also jumped me way up in the standings, and I’m in a position to qualify for next year’s REDCREST if I can keep improving.

Beside the good finish and points, what I’m most satisfied with about Smith Lake is my decision-making. I made the right decisions after not having a great practice and was able to stay with the changing conditions. That’s what I feel is the most crucial thing in tournament fishing: making the most of your areas and changing with the fish during the event.

I’m in the right mindset going into REDCREST, and I’m hoping that will carry over and that I can win. I’ve been close to winning on the Bass Pro Tour, but it just hasn’t happened and I’m sick of it. I’m ready to win again.

Grand Lake is not a lake that I have circled as one that I can win because it doesn’t fit my style as others do, but I’ve been there a few times and if I can make the right decisions during the event, it can happen and I’ll only have to beat 40 other guys this time.