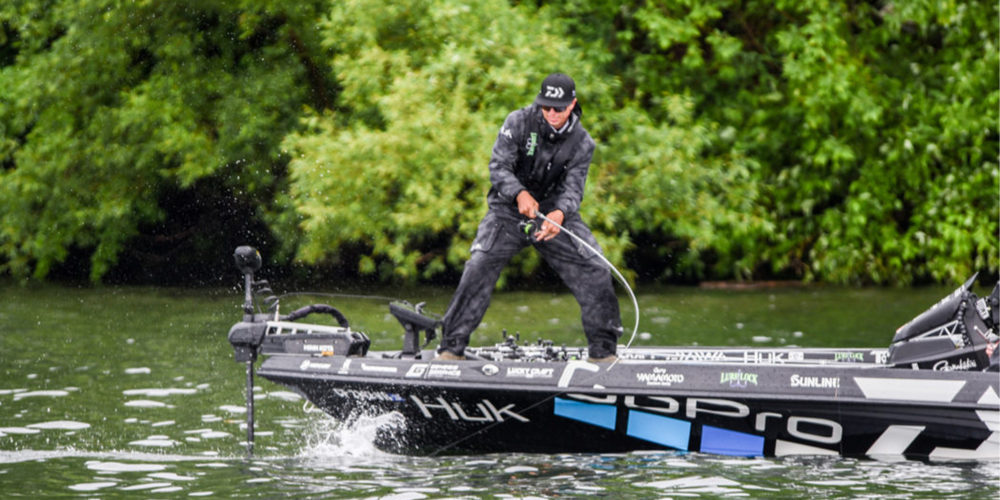 Brent Ehrler making the most of an opportunity in 2019. Photo by Garrick Dixon
September 3, 2019 • Brent Ehrler • Angler Columns

I’m sick of not winning.

It’s been so long since I’ve won anything. I want to win the whole thing, not just a segment of a Cup event or an Elimination or Knockout Round on the Bass Pro Tour. I’m really sick of not winning.

Since I left FLW in 2014 and fished at BASS (and now the MLF Bass Pro Tour), I’ve done everything but win. Lots of close calls, plenty of second places and Top 10s, but no wins. In that same time period, Edwin Evers has won five times since I started fishing with him in 2015!

I see that and it makes me sick that I haven’t won anything. I need to change something.

It has to be something I’m doing, but I’m not sure it’s a simple thing I can just turn around. I’ve had plenty of opportunities to win. Of course, you can’t capitalize on every opportunity. I blew three opportunities in a Classic I fished, and just getting one of them into the boat would’ve won the tournament.

As a professional who expects to win, the victory should never come down one or two opportunities. That, I definitely need to change.

I tell people all of the time that I’ve lost more money than I’ve won – and I’ve won a lot – fishing bass tournaments. Those are all blown opportunities. I need to move past blown opportunities and mistakes, and focus on the positive and act as though nothing bad happened.

Pete Gluzsek told me a story of when he fished with Kevin VanDam on the old Open tournaments where they were pro-drawing-another-pro. He watched Kevin hook a 10-pounder that would’ve won the event for him. VanDam lost the fish and didn’t react. Just kept fishing like nothing happened.

It’s different every time something negative happens, but the lesson I’m learning is that I just need to move past it.

So, during the offseason, I’m going to focus on moving past mistakes and blown opportunities and sticking to what I do best.

I’m adjusting to a regular home life again. I love this time of the year. I spend it with my family, I go tuna fishing, and have friends over and eat lots of fresh tuna. I’ll golf a bunch, too.

I’m also going to fish for bass more during the offseason. I’ll finally have a boat out here for that. Probably Lake Perris or Diamond Valley Lake. Diamond Valley is so expensive, though – costs something like $30 to fish for the day. Last time I was there, I caught three bass. That’s $10 per fish. Kind of pricey. Plus, Perris is closer to home, and the fishing is better.

But come February, when the 2020 Bass Pro Tour kicks off, all my focus will be on getting back on the winning track again.