CASEY ASHLEY: Some Things to Think about for Late Prespawn 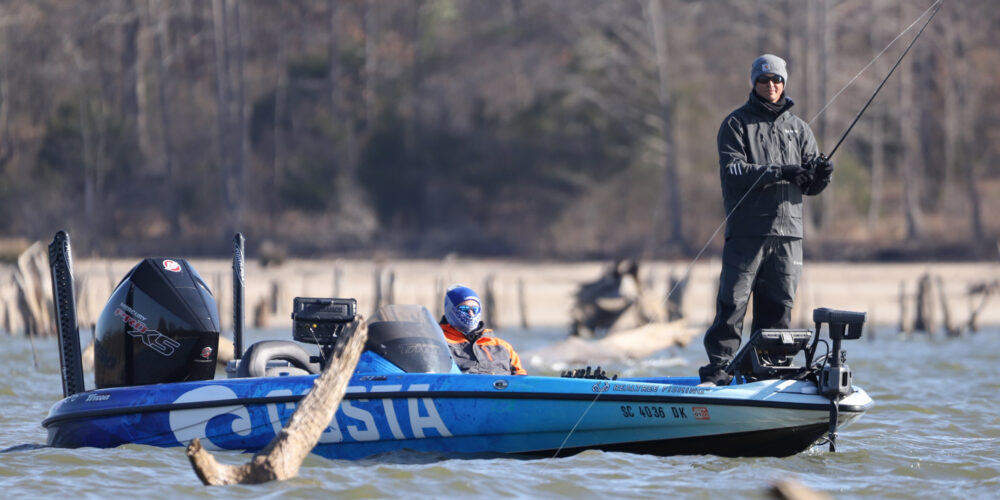 It’s finally warmed up and feels like spring after an extremely cold start to the season. Looking back on the first few tournaments of the 2022 Bass Pro Tour season, it was one of the coldest starts to a year I can remember. I’ve never been as cold as I was back on Lake Fork and the crazy thing is, every tournament was a shallow-water deal for me despite the chill.

The shallow bite still dominated at just about every stop. That’s a good lesson and why I believe that the time of year trumps everything, including the water temperature.

I keep that in mind each spring as I chase prespawn bass and it can help you if you live up north and bass on your home waters haven’t spawned yet, or keep it in mind for next year if bass are already spawning where you live.

Time of Year is Still Key

When we went to Lake Fork in late February, we fished in an ice storm, but every fish I caught was extremely shallow. That’s because the bass knew that it was time to get shallow and even on those nasty days, I was still catching them in a few feet of water. It was the same thing a month later on Grand Lake for REDCREST and it’ll be the same thing later in the spring as you move further north in the U.S.

The weather can do whatever it wants to, but the biological clock of the bass is the biggest key. Fish know that it’s time to get shallow and prepare to spawn, and that’s exactly what they do, regardless of weather conditions. The only exception is some big rains that trash the water, but those fish won’t be very far away. They may slide out a little bit deeper, but they’re not going to leave the area altogether.

You may have to switch from a crankbait or spinnerbait up shallow and slow down and fish a jig a little deeper, but those fish are still there. When you find them, you find them and they’ll still be around. The fish feel the longer days and know it’s time, which means more than what the water temperature reading says.

All About the Forage

When I look for prespawn fish, I start at the northern end of the lake, where most of the dirtier water is. That’s always where the spawn kicks off first, but so much of the best prespawn fishing has to do with what the fish eat in that lake and the forage. Those bass need to eat as much as they can before they spawn and if you can find the food, you’ll be around fish.

In some lakes, all about shad. Near me in South Carolina, it’s the blueback herring. In other lakes, the bass like bream, and in others it’s crawfish. Many people overlook the movements of crawfish – every full moon has a big impact on them. That’s when they have their hatches and it helps to bring them shallow.

Paying attention to the movements of crawfish and any forage will help put you around feeding bass.

Bass don’t all rush the bank at the same time. I try to chase the prespawn bite in different sections of the country because fishing the prespawn is one of my favorite times of the year. You can have the spawn, I’d much rather fish for bass feeding up to spawn than targeting bedding bass.