EDWIN EVERS: The Quest for 2-Pounders is Twice as Nice 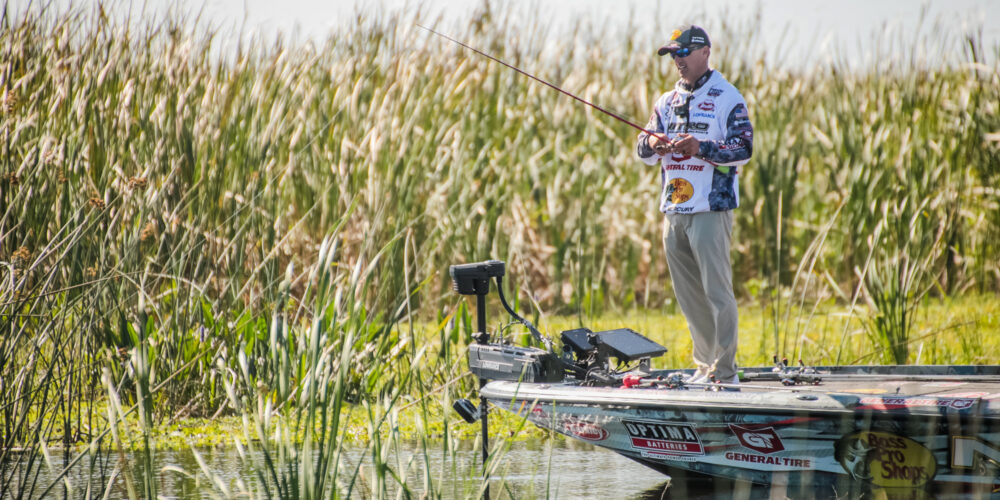 Our job on the Bass Pro Tour this year became twice as challenging thanks to a new 2-pound weight minimum. Photo by Phoenix Moore
March 2, 2020 • Edwin Evers • Angler Columns

If you’re a fan of the Bass Pro Tour and have been following the changes for 2020, you know that one of the biggest is that our minimum size for a scorable bass is now 2 pounds at most events — double what it was a year ago.

In a lot of ways, it’s a small change; I don’t find myself fishing any differently than when the minimum was 1 pound. But in other ways, the change is huge.

At our first event on Lake Eufaula, I’d say the 2-pound minimum had no impact at all. The fishing was pretty good. The bass were fat and healthy. A lot of 2-pound-plus bass were in the mix.

But at Okeechobee, it had a big impact. Fishing was tougher. A big cold front came through, and conditions were brutal. A whole bunch of 1-pound, 13-ounce and 1-pound, 15-ounce bass were caught, and none of them counted.

In a lot of ways, a 2-pound bass doesn’t seem very big… until you need one! Until you just threw back a fish that weighed a pound and a half. Until you see a bunch of schoolers and realize that none of them will break 2 pounds.

And just when you think a 2-pound bass isn’t very big, remember that two pounds is the biggest minimum in all of tournament bass fishing. I’ve been a touring pro for more than 20 years now, and I’ve never seen a day when at least a good percentage of the field didn’t weigh in plenty of bass that were less than 2 pounds — even on really good water under excellent conditions.

The Positives of 2-Pound Minimum

Overall, I have to say I like the 2-pound minimum for a few reasons. For one, it makes the competition tougher simply because it’s harder to catch a 2-pound bass than it is to catch a couple of 1-pound bass.

Second, by making the competition tougher, it slows the game down. It changes the pace of competition because we’re not catching as many fish that have to be weighed and entered on SCORETRACKER®.

I think that makes for a better viewing experience on the MLF NOW! live stream. We’re able to talk more and share more of what we’re doing. I like that and think it’s important. When I’m on the road at tournaments and shows, a lot of folks will ask me why I was throwing this or why I was fishing in a particular area. I’m happy to tell them, but now we can tell them in real-time online or on the television show.

Still Working on the 2-Pound Game

Personally, I’m still working out how the 2-pound minimum affects my approach. For now, at least, I’m sticking to what has always been my basic game plan. In practice, I try to cover water quickly and efficiently. For me, it’s all about generating bites. When the competition begins, I go to where I got the most bites in the smallest area, and I try to determine why the bass are there.

Is the water clearer or dirtier? Are there more baitfish in that area? I ask a lot of questions and work hard to answer them so I can find other, similar areas and expand my search. It’s basic pattern fishing, but I also have to ask whether I’ve found a pattern or just an isolated and productive area.

I generally figure that the big fish will come as I work my way through good numbers of fish.

That approach hasn’t changed for me, but I’m always trying to find ways to do things better, and anytime there’s a rule change there are probably some worthwhile refinements to make, too.

Glad to See the Fans

Another change I really like for this season is that we’re getting out among the fans more and better.

With practice starting on Wednesday and competition beginning on Friday, we can have half the field on the water competing on Saturday while the other half is free to make appearances at Bass Pro Shops, Cabela’s and other places where we can meet local anglers and share our passion for the sport. Then, on Sunday, we can switch so the anglers who were fishing can meet the fans.

I can tell you that when we were at Okeechobee and I got to visit the Bass Pro Shops in Port Saint Lucie, I sure saw a lot of smartphone photos of big Florida bass!

I just wish I had been able to catch some myself!