JAMES ELAM: Knowing How/When to Make Moves is a Necessary Part of My Game Plan 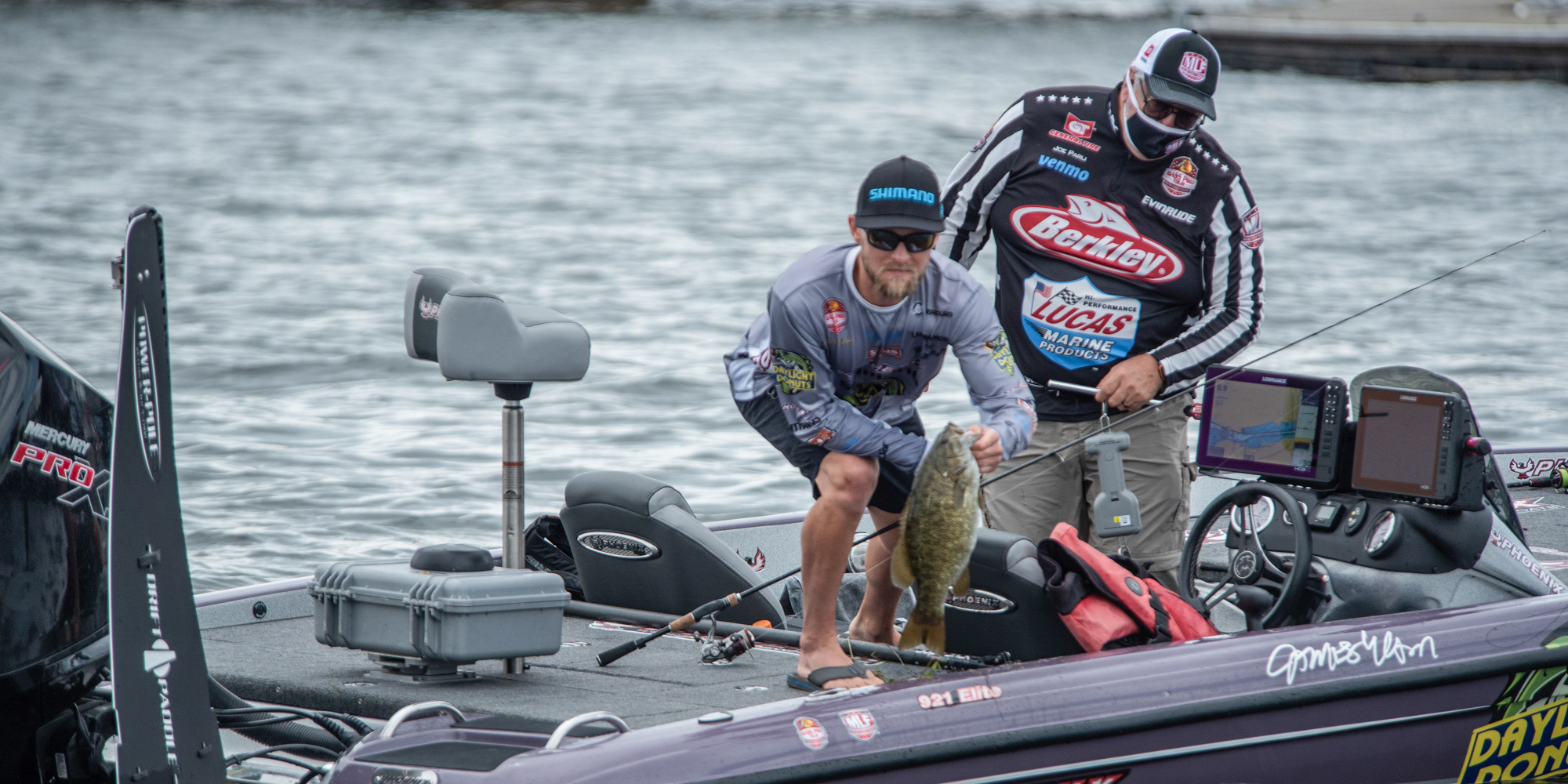 James Elam's year two on the Bass Pro Tour was full of tweaks, but knowing when to make moves is part of his game plan. Photo by Garrick Dixon

My second year fishing the Bass Pro Tour was definitely a year of tweaks, and a couple of critical moments for me. The MLF format is harder than any other format I’ve fished. Of course, it’s harder on everyone. I’m not complaining, it’s just harder to succeed. If you’re not on fish, you’ll get buried quickly. But I really enjoy it, and it brings our sport to the same level as other pro sports.

One major difference is that you have to learn to adjust during practice. We only get two days to practice for Bass Pro Tour events, and I had to learn to work more efficiently and make quicker changes to find fish. You have to find a lot more fish than in the five-fish format.

After the 2019 season, I thought a lot about how I could tweak my practice. Instead of trying to totally dial in before the tournament starts, I would cover more water looking for more quality bites. With the 2-pound scorable bass minimum weight, I needed not only quality fish, but numbers of them.

Practice now gives me a solid overview of what I should be doing. The first day of the tournament, I’m continuing to attempt to dial things in. It’s so much more about the here and now with MLF.

Another thing I identified from last year was that I can’t sit and not catch fish throughout the day. You can’t be idle and wait to catch them at the end of the day. With SCORETRACKER®, you can see what’s happening, so being idle, well, the other anglers will just run away and bury you.

Making a Move on Lake Okeechobee

I had two critical moments this season where not being idle and being willing to change quickly came into play.

The first example that was big for me was on Lake Okeechobee. On my first day, I did terrible. I went back to the same area on the second day, and nothing again. I decided to abandon the main lake and run into the canals. That decision kept me in the tournament and allowed me to make the cut. Eventually, I fished during the Championship Round as well.

In other formats, I would’ve stayed put, knowing that fish were in the area. I would’ve tried to grind out five bass, and probably could’ve survived. But knowing the “score” in real-time with SCORETRACKER® and seeing other anglers moving up, I had to adjust immediately or fail.

Lots of things went into that decision, it wasn’t random, but I wouldn’t have done that the previous year. Plus, I didn’t know until later as I was locking out that Jordan Lee was fishing the same canals. I knew for sure I made a good decision.

My second example was at the last event, at Sturgeon Bay, where I did really well right off the bat on Day 1. I approached the fishing with a much faster pace, and moved around a lot.

During the first day, I implemented one of my MLF strategies by planning to fish different areas on different days. I basically made the cut with the bass I scored on the first day. I really milked that area. I knew I really needed to just catch enough to stay in the Top 20 to make the cut, so I caught four or five fish the second day then went to new areas and practiced. I fished to set myself up for the third day.

It’s difficult to fish different areas when you’re having so much success, but you have to have enough to make it through four days of catching quality fish, and a high volume of them.

On the third day, I went to different locations again, but two anglers were already on them. I literally drove around the entire first period looking for smallmouth. Finally, at the beginning of the second period, I found a big boulder I marked earlier in the week that had seven or eight fish on it.

I went to catch them and popped up SCORETRACKER® to where I needed to be to make a run at the Championship Round. Then we had a storm delay that shut things down, and I missed making the cut. No storm and I think I would’ve had another Top 10.

I plan on continuing to improve and become even quicker and more accurate with my adjustments and decisions. COVID aside, we had a great year fishing locations with lots of fish and big fish, too. I look forward to what 2021 has in store for me.