JOSH BERTRAND: Still Some Work to Do to End Bass Pro Tour Season on a High Note 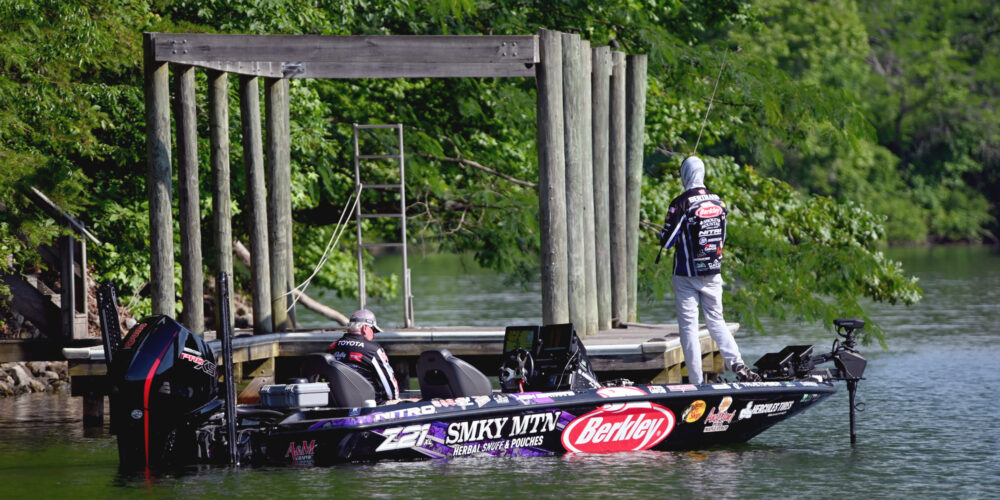 Each year, my goals are to make REDCREST and Heavy Hitters, and I’m in a good position to qualify for both in 2023. While things look decent on paper, it’s been a run-of-the-mill season for me on the Bass Pro Tour, and I’ve had to work on some things in my game to survive.

We have one event left of what I would grade myself as a “C+” season, Stage Seven at Mille Lacs should be a great ending to the season.

Working on My Dock Fishing

Fishing docks is such a popular way to fish for bass, but it’s not one of my favorite things to do, and I’m trying to focus on it more. As professional anglers, we have to do it all, but fishing docks is not one of my strengths. I believe it’s due to growing up in Arizona, where we hardly have any docks. There are some in marinas, but that’s it and our lakes back home don’t have houses around the entire lake like many places we fish on the Bass Pro Tour.

This season, we’ve had plenty of dock fishing on some of the best dock lakes in the country, like Smith Lake and Lake of the Ozarks. My fishing style is more about fishing offshore and using my electronics. I’d rather scan all day long to find a place where I can catch 20 fish in an hour off one spot than hunting, pecking, and catching 20 in a whole day fishing docks.

It’s been an adjustment this year, and I’ve had to learn to go with it and get better at dock fishing to do well this season.

Since Major League Fishing started Heavy Hitters, it’s been a huge hit among us anglers. I also hear from fans about how much they love it, and I think it’s an awesome event. It’s the most fun tournament every year, there’s no pressure for points and you’re always one swing away from a giant check.

Right now, I’m inside the cut for it, and I believe a solid smallmouth at Mille Lacs should get me in. I’ve done the math and it usually takes about an average of a 5-pound fish at each event to make it. When you catch one of those, we all say, “there’s my Heavy Hitters fish,” because it’s become that important to make the tournament; it’s become a huge deal in our league.

Mille Lacs Lake is well known for giant smallmouth, and I can’t wait to get back up there. I fished a tournament there in 2017 and also went to scout it before it went off limits this summer, and I love the lake.

It’s a giant bowl and can challenge you because of the wind. You need to pre-fish with a plan and be ready to make adjustments based on the wind direction and you can’t expect to sit in one area and make it through the event.

One thing is for sure there – things will change. While the lake has a lot of dead water, it’s got one of the best average sizes for smallmouth of all the lakes I’ve been to in the country. It’s going to be a fun end to the 2022 season.