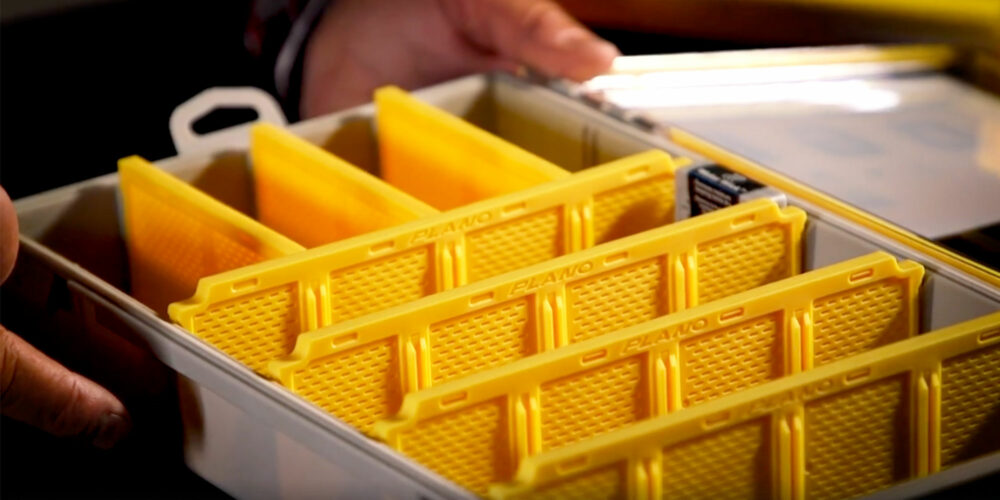 One of the aspects of being a professional angler that I love is working with sponsors to develop new products that help anglers catch more bass. I enjoy being a part of the development process; I take a lot of pride in seeing something go from concept, to design, to manufacturing, to product, to market.

It’s very satisfying to see folks in pictures on social media catching fish with something that was just a drawing on paper a year ago.

Many people may not realize just how far out in advance fishing companies plan product launches. Lead times for launches typically run eight to 12 months, but some can even be up to a couple of years. When something new comes from the brands I work for, I know how much time and effort went into it from engineers, graphic designers, manufacturing experts and marketing specialists. The amount of collective work that goes into a new product launch by a company is impressive.

As most of us know, ICAST is the launching pad for many products in our industry. The yearly tradeshow provides media, rep groups and tackle buyers hands-on access to new products. Due to COVID-19, that was not be the case this year; instead, ICAST was held virtually July 13-17. As a result, many companies rolled out new products through technologies like Zoom video conferencing. A lot of the of product knowledge videos I’ve been a part of over the last few months ran simultaneously with ICAST, but here were some of the highlights:

Over the last couple of years, I have been involved in the designs of Plano’s popular EDGE Series of tackle boxes. They have a new box that debuted at ICAST Online that’s so adaptable it’s going to redefine tackle storage.

It’s called the EDGE FLEX and it’s built on the standard Plano 3700 and 3600 footprints – but it’s totally customizable. The FLEX is basically a 3700 that’s a blank slate: it’s wide open on the inside with no built-in dividers that hamper the box’s versatility. Dividers are supplied with the box so you can customize your compartments for exactly what you want to hold. You can create lots of little compartments for tiny lures or bigger bays for deep diving plugs or just leave the whole thing wide open – it’s totally up to you.

The number of possibilities for configuring compartments is endless. Add to that EDGE’S premium features such as Rustrictor molding, Dri-Loc seals and DuraView visibility and you have the only tackle storage box you’ll ever need.

How well was the EDGE FLEX received? It won “Best of Show” for the tackle management category.

Another project coming to market that I’m proud of is a Lew’s line of KVD rods and reels. The rod line includes 23 models of rods: 16 casting rods and seven spinning rods.  Of the casting rods, 10 are graphite rods for techniques such as flipping, pitching, dragging, frogging and dock skipping. The other six are graphite composite rods for cranking and vibrating jigs.

These are the rods I use in competition and here is why I am so proud of them: they will each retail for $99.99. No matter if you want the 6-foot, 10-inch drop-shot spinning rod, the 7-foot-10 flipping stick or the 7-foot-4 vibrating jig composite rod, the price will be $99.99 per rod.

In addition, I worked with Lew’s on six new KVD baitcast reels in several different reel ratios in both right- and left-hand models, as well as three new spinning reels. The price of the baitcasters will be $139.99 and the spinning reels are $89.99.

Strike King has a lot of new stuff coming out next week as well. One of the lures I had a hand in designing is the new KVD 1.5 squarebill in the Hard Knock Series. It’s the 1.5 with a rattle, but the rattle is a deep, single knocker like we have in the popular Sexy Dawg Hard Knock.

Something about that single “knock” is a triggering sound for bass. The internal weight of the knocker actually enhances the hunting, rambling action of the bait as well. This one is going to be a fish catcher and will be made in 24 different colors.

I’m also excited about my new finesse jerkbait, a KVD J100, which is 3 1/2 inches long, but made with a much slimmer body for a thinner profile – that one will come in 15 colors. I’m a jerkbait freak and I designed this one to be subtler when faced with ultra-clear water, high skies or very little wind.

Over the next few weeks, I’ll circle back around and follow up with a few more product launches that anglers will find to be very interesting.