KEVIN VANDAM: REDCREST 2021 on Lake Palestine Could Be Epic 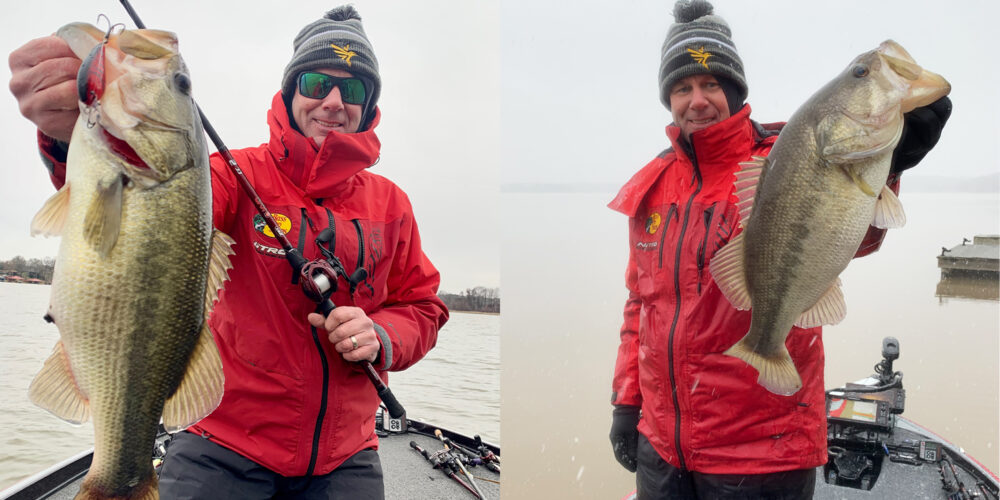 There’s nothing that gets my blood pumping quite like high-stakes bass fishing championships, and we have a doozy of one coming up for REDCREST at Lake Palestine at the end of February. I’m telling you, this one is a sleeper. Not many people have heard of Lake Palestine, but you’re going to know about it soon.

Here are a few things that really got my immediate attention about this one.

First, there are no big ramp facilities where big tournaments can put in, so it stays under the radar from big circuits. Tournament history there is scarce; that fact alone gets me pumped.

Second, this event is in Texas – and I really like Texas.

Third, Palestine has quality bass in it. They live there — we’re not fishing for unicorns on this one. If we get good weather, this thing could be epic.

Four Days to Get It All In

Before going to Palestine for pre-practice, I had never fished there before. I’m not sure how that’s possible given the amount of time I’ve spent in that very region of the country, but it was new to me.

Once I realized how few of our guys had fished there before and how rare tournament history is on the lake, I knew I needed to trek down there to make a few hot laps around the place. Lake Palestine from Michigan is a 15- to 16-hour drive one way. I knew I was looking at a four-day trip, at the very least, to get in two days of scouting.

I scoured my calendar and the only four-day window I could find included winter weather warnings for Lake Palestine – as in snow and ice. I could either endure some winter weather during my scouting period or not go at all.

Hey, I’m from Michigan, I’m used to a little winter weather. So I took a friend from home to help split up the driving and off we went: 16 hours to Texas.

The first morning we launched at Palestine, it was about 37 degrees. By noon, we were getting pounded with snow on the lake, something they haven’t seen in that part of Texas in a long time. I always forget just how heavy and wet snow is in the South. Man, that stuff is slushy and sloppy! But hey, I had the whole lake to myself!

I spent most of my time idling, looking, graphing and imaging. Most of the water temperatures were in the 41- to 43-degree range, which is really cold water for Texas. The runoff from the cold rains and snow had taken their toll. The warmest water I found was 49 degrees.

There’s a lot of open-water timber in the lake. It’s not a very deep lake either. I’d say a lot of it is 30 feet or less. But there’s a huge amount of water that’s 15 feet or less with timber so bass have quite a bit of living space on this pond.

What I Liked About Palestine

One thing I liked right away about Palestine was the water color. It has the perfect fertile Texas color to it, like Fork. It was a little dirtier up the lake from rain, but not bad.

I also absolutely love the bottom contour of this lake. The Humminbird Lakemaster mapping of this place is so deadly accurate. It’s got plenty of major features like creek channels, humps and roadbeds. But it also has some subtler stuff like those classic Texas drains and little 2- and 3- foot contour drops that just look right.

I’m also impressed with the diversity of this place. There’s plenty of room to fish. It’s got everything a guy could want to fish, too, with the exception of offshore hydrilla and milfoil. But there’s plenty of shoreline vegetation that looks good for vibrating jigs and pitching.

Everyone will be able to fish their strengths here. The crankers can crank, the flippers can flip, the swimbaiters can reel their offerings in and around anything they want. Big championships where the top pros in the world can bring their different strong suits to the table and play them are special events.

Finally, I was impressed with the size fish in Palestine. I didn’t fish very much at all, but I did have to pluck some of the inhabitants to see what they looked like. The bass there are thick Texas chunks.

Obviously, the weather will dictate exactly how I approach Palestine for REDCREST. But right now, I have a hunch about staying out and looking for more of those little contours on the Lakemaster mapping. This lake looks like a place where small packs of big ones will stage up on the outsides. I can see a guy catching 30 to 35 pounds in about five minutes in seven or eight throws.

A month ago, I didn’t think that much of Palestine, but after going down and looking around, I’m absolutely psyched about REDCREST in Texas.