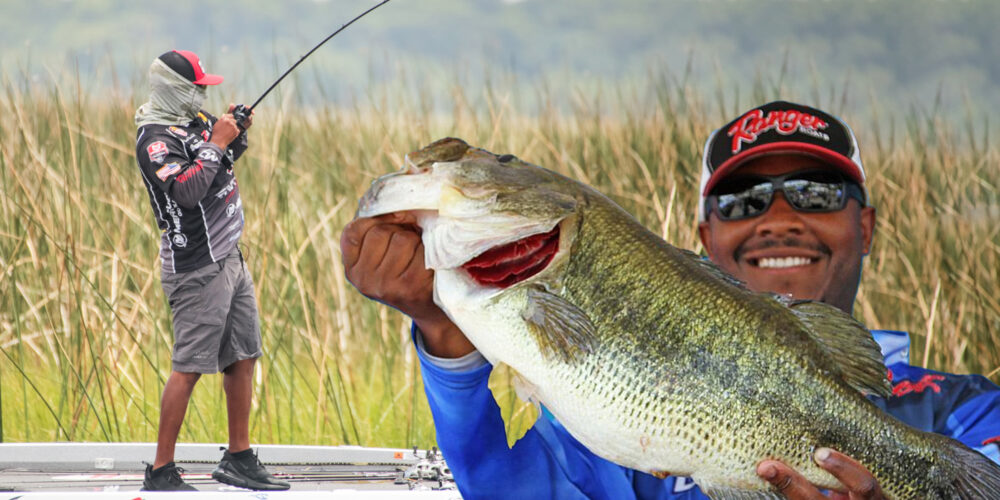 Growing up and fishing the California Delta, punching mats is my favorite technique in bass fishing. I like it even more than fishing a topwater. What’s underneath that mat is such a mystery, and you never know when you’re going to latch into a giant.

I was recently doing an interview with a writer for an article about punching, and it brought me back to my origins with the technique. Thinking back 20 years to what we were doing back then is pretty funny now, but it made a lightbulb go off in my head, and to this day, I’d rather punch a mat than anything else.

The first time I remember “punching” was in 1997 or 1998 and I was still a teenager and just getting started with fishing. It wasn’t punching as we know it now because we weren’t using braided line and we didn’t have big tungsten weights to punch through the mats. We weren’t even really punching a bait through.

The gentlemen who showed me a new way to fish it was a family friend and member of my club named Wayne Antoine.

What he would do was ease his boat into the mats and then wait five or 10 minutes to let the area settle down. Then, he would stick his rod tip and bait down into the mat and release the thumb bar on his reel to lower his bait. Then he’d shake the rod and you would get some of the hardest thumps you had ever felt. I was still a kid and thought it was the coolest thing I’d ever seen.

Really, it still is pretty crazy.

It was also seasonal, as water hyacinth wasn’t that common on the Delta and it would show up in the fall and get blown around and end up making mats near the tules. They would just magically be there late in the year and the bass would be under them.

Wayne was the one who showed it to me, but he would never take credit for it. He had seen Delta legend Bobby Barrack doing this on a little offshoot on the Delta. It’s a backwater and tidal but not accessible from the main river and Bobby was just crushing them back there; Wayne had to ask him what he was doing to catch so many. This was around 1995.

After I saw this bite, it was all I ever wanted to do. In those days, all we had was a flipping stick and 20- or 25-pound monofilament, and with all that stretch in the line, it was quite a battle to pull the fish out, but we got some big ones.

We were using 1/2-ounce jigs at the time because that was the heaviest we could find. Our best colors were brown and black and then one that was a sky blue color. It was crazy looking. We would match them with a salt-and-pepper double tail grub. Looking back at what we used, it’s pretty funny, but it worked.

After doing that for a while, I started searching for bigger weights because I knew there was a better way to do it. I started using 3/4-ounce lead bullet weights because that was the biggest I could find. Compared with the tungsten we use now, that thing was huge. I started smashing it through vegetation with a watermelon with red flake tube bait. That was the deal back then.

The technique started to evolve and the heavier weights allowed you to start punching, and not having to poke your rod in every time.  For a while, it was a technique that was kind of hush-hush. People were doing it, but nobody wanted to talk about it.

We’ve come a long way with punching, but it’s still my favorite way to catch a bass.