MICHAEL NEAL: Prepping for Both Smallmouth and Largemouth 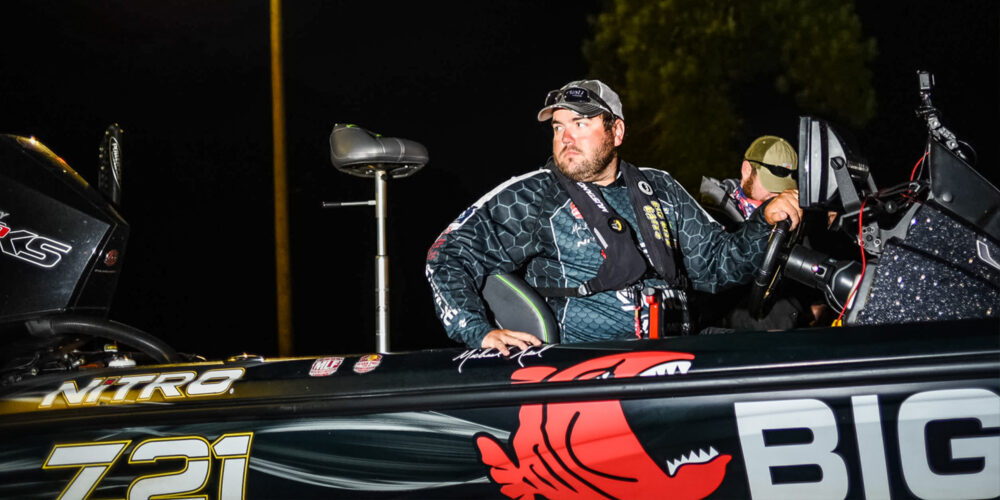 For the second year in a row, I’m in the middle of a six-week fishing trip. I did the same thing last year when we were fishing at Table Rock Lake for Stages Six and Seven. This year isn’t really any different. I’ve been gone since early July and I won’t head home until after this next FLW Super Tournament is done at La Crosse.

Packing for this trip was the hardest thing to do because you never really know what you’re getting yourself into. Packing too light is always a concern for me because I don’t want to show up somewhere I packed for weeks ago and now all my work is useless because the conditions have changed.

I knew that I was going to need to pack for smallmouth on Sturgeon Bay for Stage Five of the Bass Pro Tour, and I know I’ll be looking mostly for largemouth at La Crosse. So, at the risk of being overpacked, I loaded my truck up with probably anything you could ever need for both smallmouth and largemouth. I literally don’t think I could fit another singular bait into my truck at this point.

I love being able to fish for a living and getting to go out and compete as much as I do. But sometimes, there’s a lot of downtime. That’s what gets to me the most. Just sitting around the hotel, not really doing anything and waiting for the next day. I also really miss my family. It’s been awhile since I’ve seen them now and it never gets easier leaving them.

I’m excited for this next Super Tournament and ready to get back out there and compete against some really good guys. It’s definitely a bit of an adjustment to go back to the five-fish format, but I don’t think that’s the hardest part about it. Not having SCORETRACKER® to rely on throughout the day is so tough. You never know how the other guys are doing and that just feels weird to me. I guess I’ve gotten pretty used to SCORETRACKER®.

I’ve always been the kind of angler who catches as many fish as you can and then weeds through them. That’s why I like the MLF format so much and why switching to the MLF format never seemed that different for me. I finished in the Top 30 on Chickamauga doing that, I’m going to do it at La Crosse and wherever else we go for these Super Tournaments.

We’re fishing Pools 7, 8 and 9 on the Upper Mississippi River next week, and I feel pretty comfortable with my strategy. I fished Pool 8 a lot during REDCREST a little less than a year ago, plus all of the times I’ve been there before. Last year, I went up and fished Pool 9 for about a week just to kind of get a feel for the area and I think I found some good spot. I’m going to use those three days of practice we get to really hone-in on what I want to target and where I want to fish.

I’ll end this blog with a little bit of food advice. Everywhere I go, I usually try to get a nice steak. No matter where we go in the country, I can always seem to find a good steakhouse. However, that has changed over the past couple of weeks. For the first time ever, I had walleye and perch when we were up in Sturgeon Bay and I thought it was so good. Now, I will always go for a good steak, don’t get me wrong. But if we ever come back up north, I know I’m going to be searching for some fish.