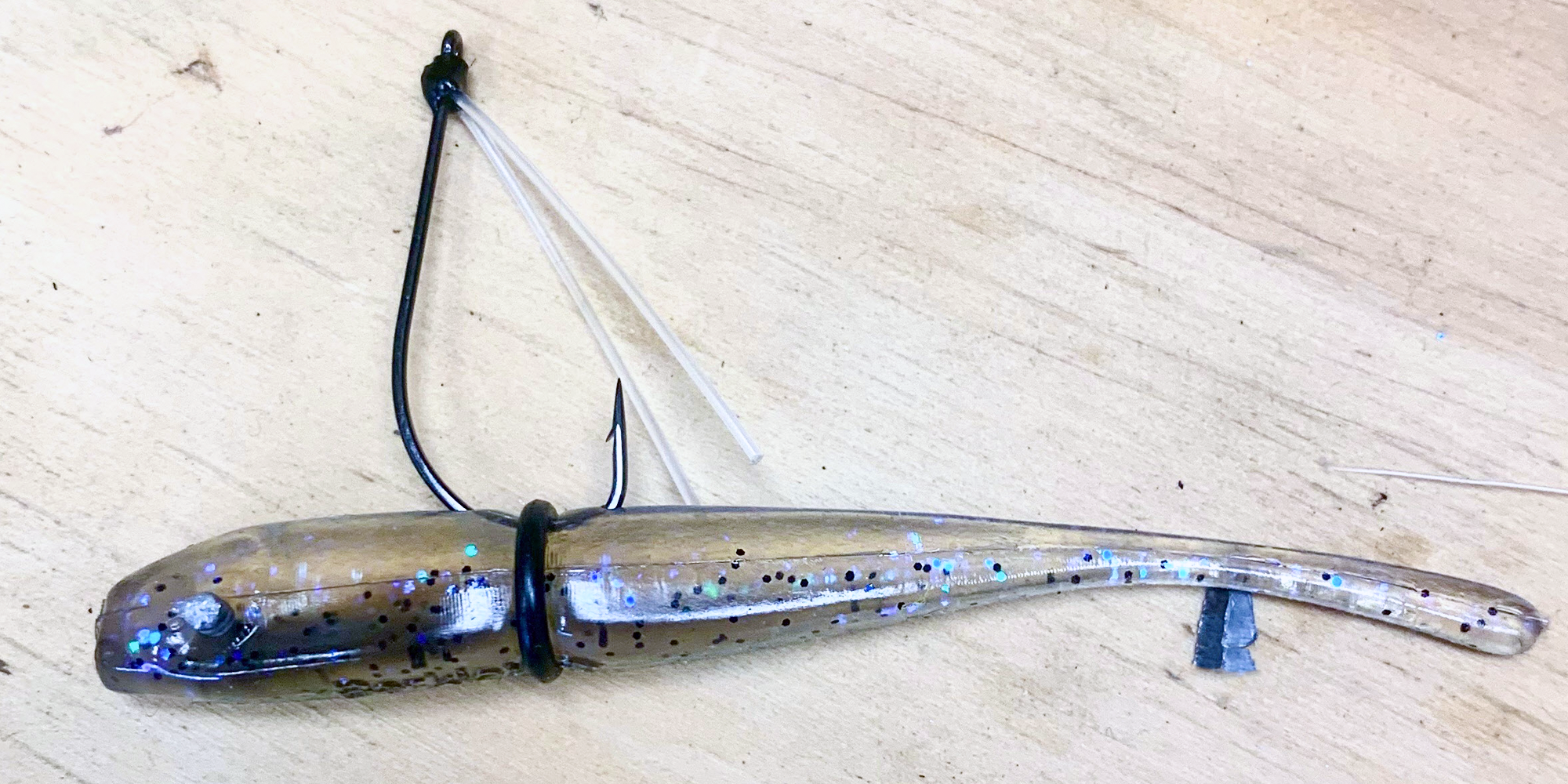 Top Secret! The cat rig is my latest super-secret rig from my bag of tricks. Photo courtesy Mike Iaconelli

Our next part of the Top Secret! series of new, fish-catching, rigs is called the cat rig.

I named it that because when you get done building this baitfish-imitating lure it’ll move like a cat — subtle on the fall with just a little shimmy, and it stays perfectly horizontal in the water.

Those of you who follow what I do know that’s super important to me. Anything that imitates a baitfish should always be horizontal in the water.

Ok, with all that out of the way let’s build one. We’ll start with a list of the component parts. But you should read the whole blog before you start! That way you’ll know where you’re going. That’s important, you know.

We’ve got all the parts we need so now it’s time to build this bad boy.

Fishing the cat rig is easy. Cast it out, let it shimmy to the bottom and then hop it or drag it along. It’ll stay horizontal so it’ll look like the real thing, and the nail weight will scrape whatever it comes into contact with so it’ll make some noise. That’ll keep things interesting.

This is a super creative minnow bait rig. Make it a part of your arsenal!