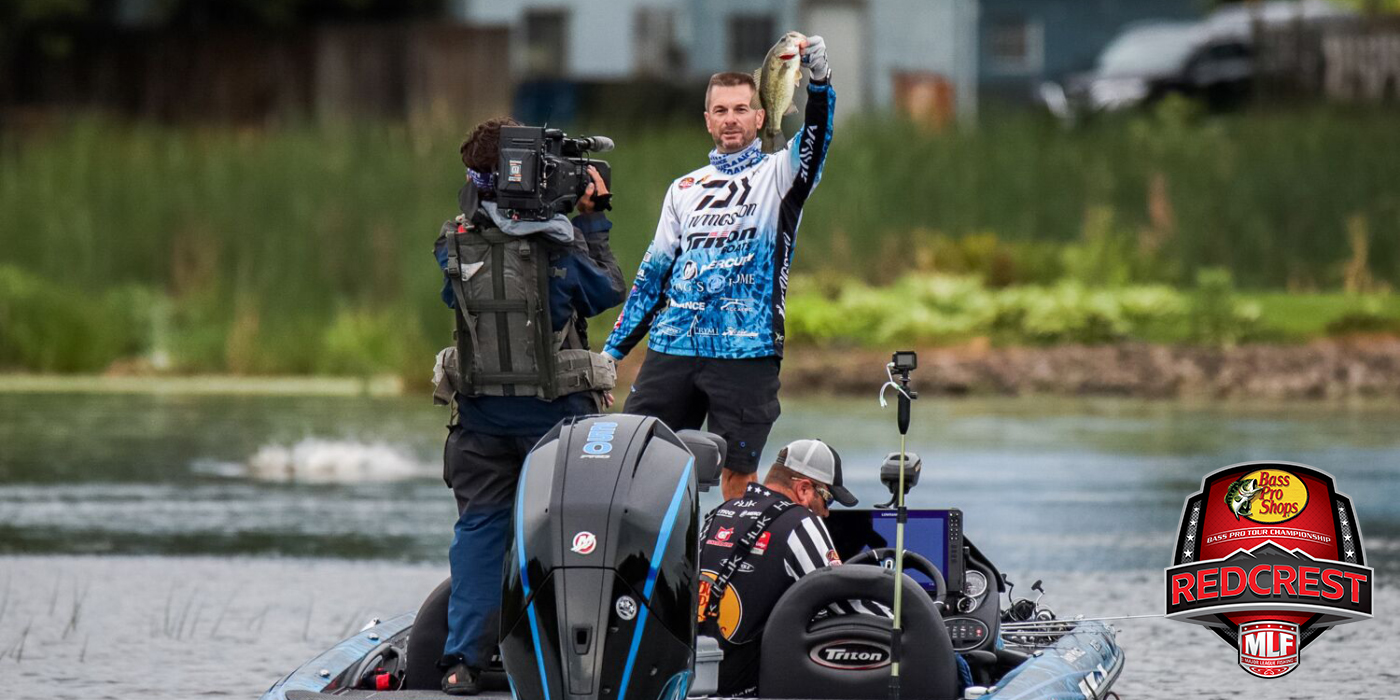 I would hate to say that I was happy with this season because I didn’t end up where I wanted to be. I made six out of eight Knockout Rounds and still missed out on REDCREST. There are probably four or five guys who made less Knockout Rounds than I did, but they had better finishes when they didn’t make it to the Championship Round. That was the biggest issue for me this season.

I had two events where I finished near the bottom—79th in Stage Three and 70th in Stage Five—and the Knockout Rounds that I made I finished in the 20s and 30s instead of in the teens. I still did have one Top 10 during Stage One in Kissimmee (sixth place). Overall, I feel like I had good patterns, caught a lot of fish, and cut a check in six events. That just goes to show how tough this Bass Pro Tour field really is. I had two bad events all season and they cost me in the end. I really wish I wouldn’t have let them get away from me like they did.

Sometimes when you get down towards the bottom of the pack like that and you know that you’re probably not going to make the cut, you peter out a little bit. I never gave up this season and I still tried to catch fish no matter where I was, but I probably would have pushed a little harder if I knew that it was going to come down to one more fish at the end of the season.

Fishing for a Championship

Coming up just six points shy of Randall Tharp for that final spot in REDCREST is one of the hardest things I’ve experienced in fishing. To be that first one out, it’s tough. I’ve been in this position quite a few times over the years, but I’ve also been one of the last guys in a lot of times too. I just need to take one for the team, learn, move on, and be enthusiastic about next year. Randall Tharp is a great angler and deserves to be in there, I’m happy for him.

No matter what sport you’re in, you always want to qualify for a shot at a championship. I fished in B.A.S.S. for 25 years and how good you were as an angler always depended on if you made the Bassmaster Classic and how you did in that tournament. What fans might not realize is that making REDCREST is going to be exponentially more difficult because we have to go up against the 80 best anglers in the world at every single event. When only the top 30 guys make it, you really can’t make a mistake and expect to get in there.

I really learned a lot this season about the MLF format and how to fish it successfully. I can’t even imagine trying to go back to a five-fish format now because it just seems so boring. This format is so intense for all the hours you’re out there every single day. I love it.

Even though I wish I was competing in REDCREST, it’s going to be a lot of fun watching these guys go at it in La Crosse, Wisconsin come August. There are so many quality guys in that field that it’s hard to pick just one guy who I expect to win the whole thing. Regardless, it was a great first season on the Bass Pro Tour. I qualified for the Summit Cup and I can’t wait to fish in that event.

JEFF SPRAGUE: Keeping Busy is What I Do