Veteran Reese Ready to be an Old Rookie 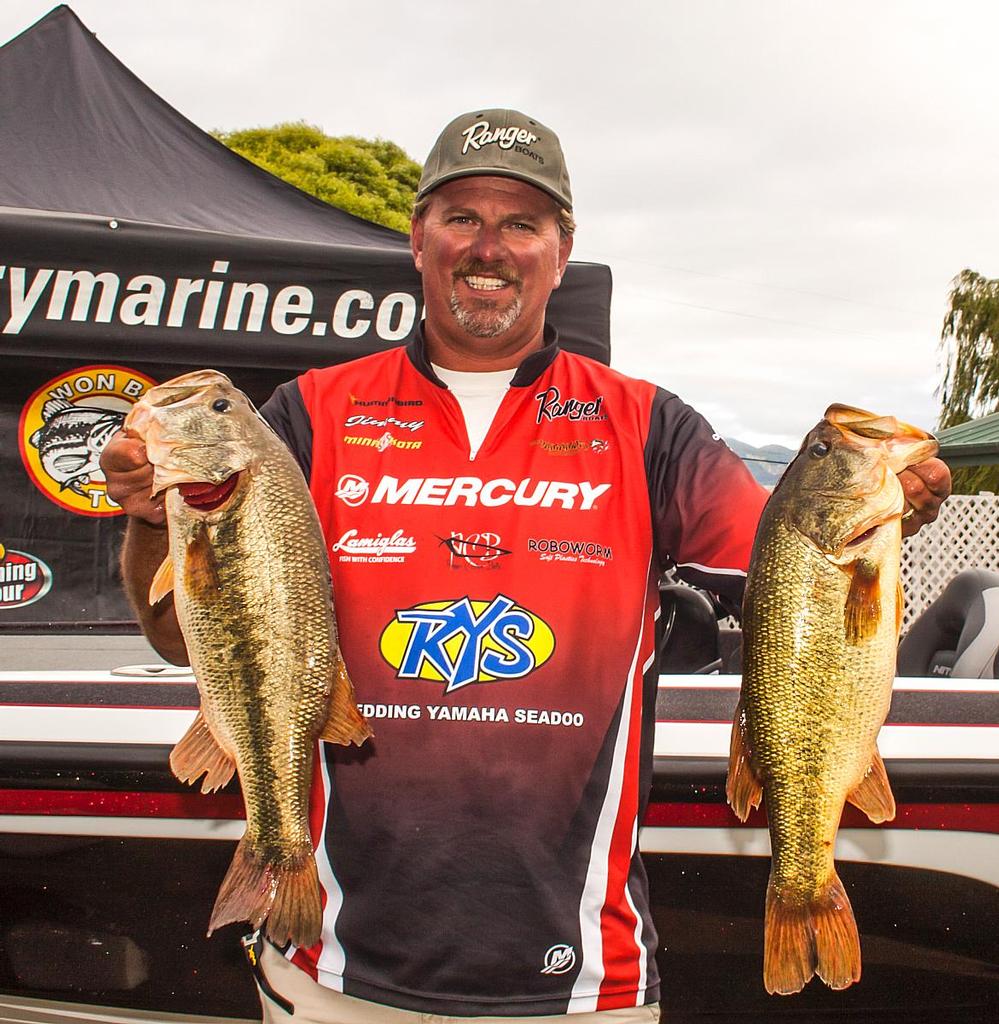 Jimmy Reese is a successful tournament angler who has competed in BFL and Rayovac circuits in California.
September 5, 2014 • Pete Robbins • Angler News

When the 2015 Walmart FLW Tour kicks off, California pro Jimmy Reese will be embarking on his first season – a rookie in the strictest sense of the term, but hardly a novice.

You might think that with the 2014 season just completed, it’s a bit premature to focus on next year, and that another 6 months is a long time to wait to start the 2015 campaign. For Reese, however, that period of time is just a drop in Lake Okeechobee. At 49, he’s come to realize that preparation is one of the keys to winning any race. He’s worked for decades to get to this point, and it’s not too soon to make sure that his personal obligations are settled and all of his sponsorship efforts are lined up.

Those acquainted with him, but who haven’t followed his career closely – generally fans from outside of the West – know Jimmy as one of Skeet Reese’s older twin brothers. Indeed, he is Skeet’s biggest fan and has enjoyed “watching him chase his dream,” but adds that he “has the passion and the same dream.” For Jimmy, staying close to home has helped him manage to put together an impressive list of accomplishments. 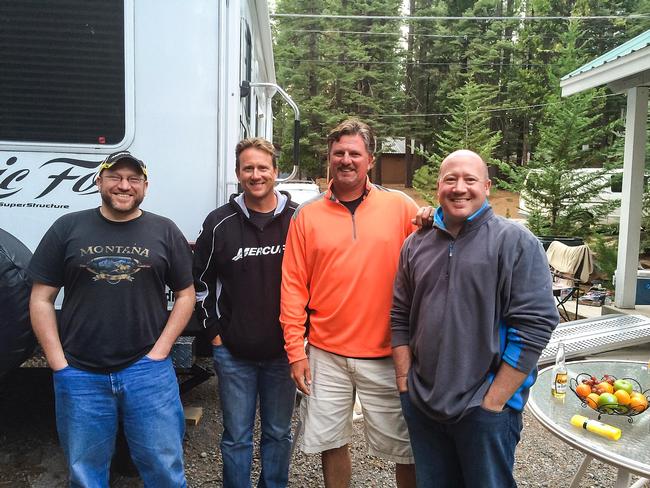 “I’ve won 13 boats,” he says. “I’ve won nine pro-ams and been the angler of the year on various circuits four different times, and I just went over a million dollars in career earnings.”

More than $360,000 of those earnings has come from FLW events alone.

Jimmy took a stab at tour-level fishing a decade ago, competing on the B.A.S.S. Bassmaster Tour in 2003, but at the time he had three young children at home and the long hauls across the country made fulfilling his parental obligations difficult. On top of that, for 23 years he’s owned a successful commercial cleaning company that currently employs 18.

The time to make his move is now. His twin brother, John, and mother, Lorenn, will make sure that the daily operations run flawlessly so that Jimmy can “focus entirely on the fish and what they’re doing.”

His daughter, Chanel, is now 20, away at college in Texas. Meanwhile his sons, Brigham, 18 and Sheldon, 13, have been the biggest cheerleaders for his renewed focus on the big leagues of fishing. In fact, he jokes that his family is kicking him out of the house. 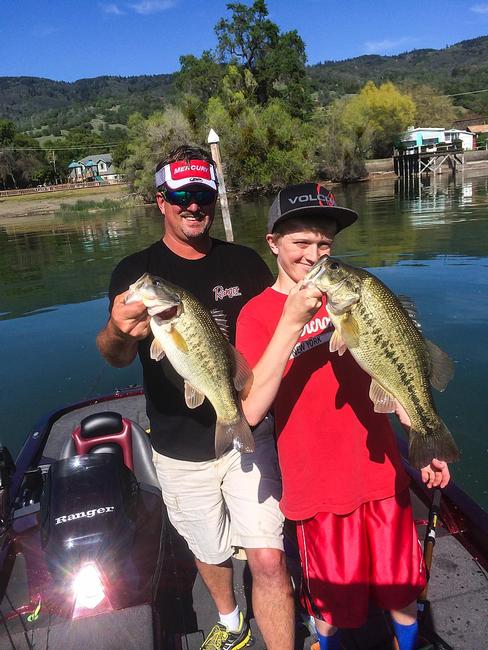 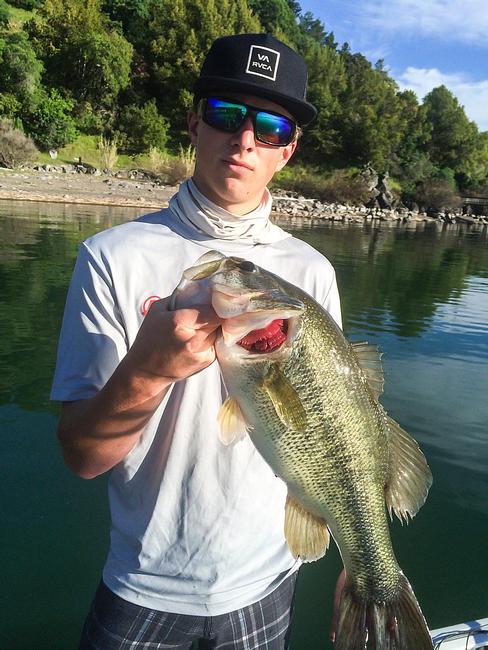 “They keep saying, ‘Dad, we want to see you on TV,’” Jimmy says. “And, of course, my wife, Catherine, will help out a lot. Otherwise I wouldn’t be able to do this.”

It wouldn’t take the proverbial boot to the butt to get many successful regional pros to risk it all and head out on Tour at the first chance if they considered themselves capable of doing so. Jimmy, though, believes that the waiting benefitted his career. 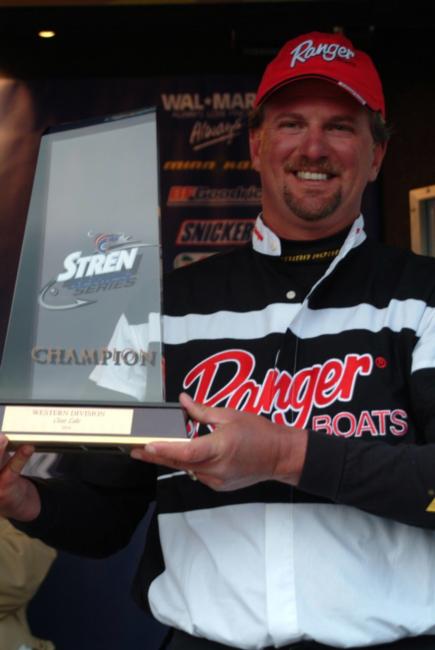 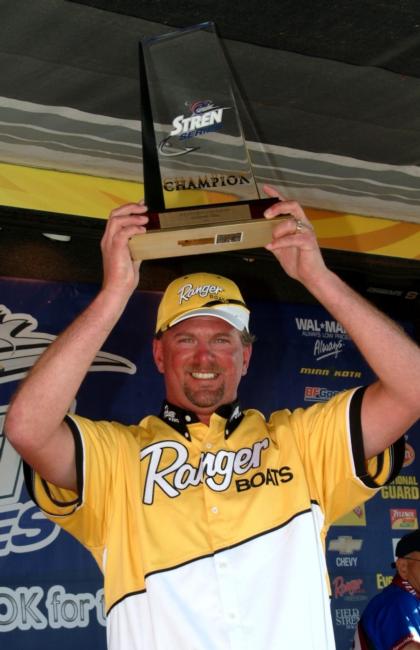 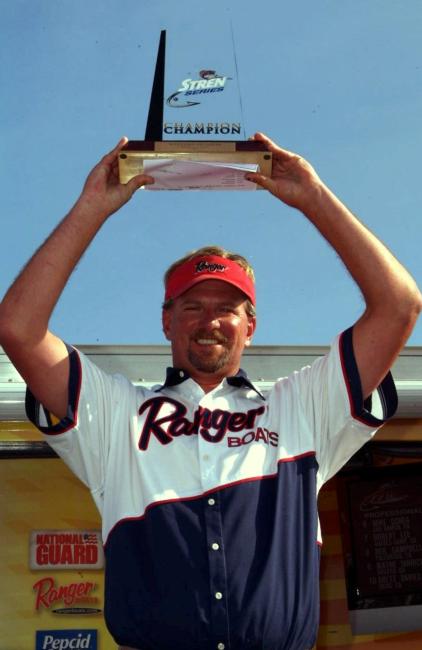 That red-hot period included three Rayovac FLW Series victories – a Clear Lake win in 2006 bookended by wins on the California Delta in 2006 and 2007.

Jimmy is thankful that his sponsors have stayed with him, recognizing the value that he provides regionally. His current supporters include Ranger Boats, Mercury, Minn Kota, Humminbird, Roboworm, Yamamoto and Gamakatsu and he has “a lot of things in the works.” He’s already ordered his next Ranger boat. Just as Skeet has established a signature color in yellow, the elder Reese has for many years favored purple on his Rangers. The new boat isn’t all purple, but he imagines that its wrap will have a substantial amount of that color in its design.

Jimmy says that his time as a pro in the Walmart FLW Tour was “the best experience I could have had,” and he can’t wait to get back out on the national stage. He might very well be the oldest Rookie of the Year in FLW Tour history, evoking memories of the movie The Rookie, which told the true story of a 35-year-old high school science teacher and baseball coach who made the Major Leagues on a dare from the team he coached.

The movie, starring Dennis Quaid, was released in 2002, when most other 2015 Walmart FLW Tour rookies were still in school. Regardless of how the rest of Jimmy’s career goes, there’s no guarantee that anyone will make a film documenting his progress, but that’s OK with him. A second chance to pursue his dream is reward enough.