Fishing for a Cause 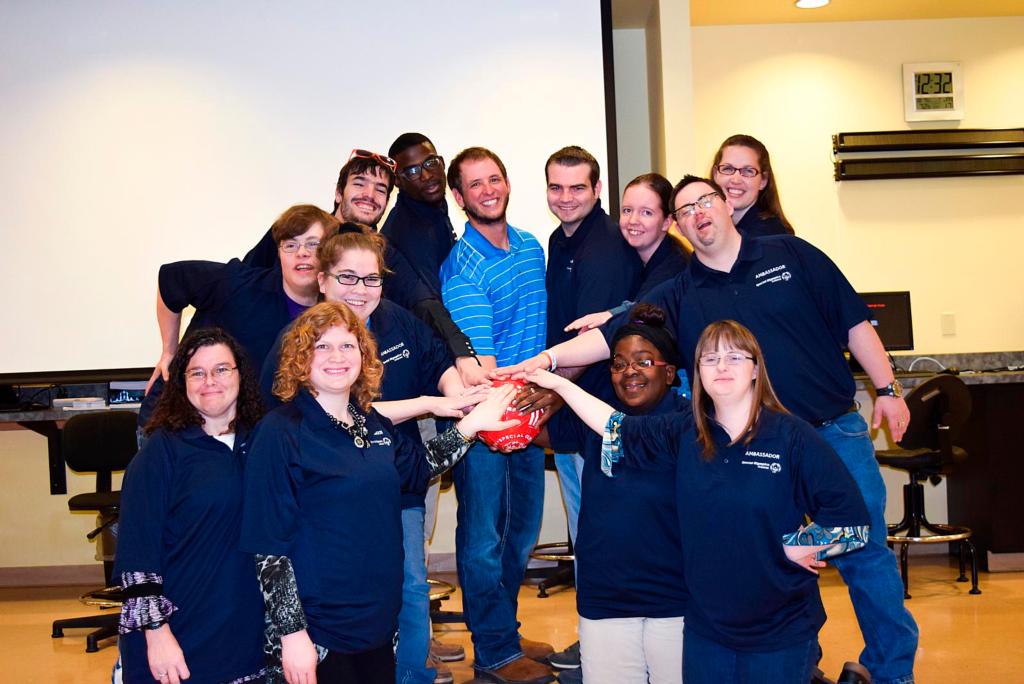 Cody Kelley surrounded by some of his friends from the Special Olympics of Arkansas. Photo by Photo courtesy of SOAR. Angler: Cody Kelley.
February 18, 2015 • Colin Moore • Angler News

More often than not, an angler’s professional career begins as a leap of faith rather than a sure thing. So it was for Cody Kelley, and if he needed a little jump-start, he got it at the last three tournaments of the 2014 Walmart FLW Tour season.

The Arkansas angler wound up 12th at Pickwick and first at Kentucky Lake, then added a punctuation mark to his co-angler performance by placing fourth in the Forrest Wood Cup on Lake Murray. Indeed, his finishing kick in 2014 gave him the confidence to join the pro ranks this year. The $32,000 Kelley collected during his one and only season on the Tour helped. It was good seed money, though not good enough to last long.

Like other aspiring pros, the 25-year-old Arkansas angler knows that without sponsors, prize money has a tendency to disappear, and with it, dreams. Ferreting around for backers, Kelley found one in an organization that has long been a favorite family beneficiary: Special Olympics of Arkansas (SOAR).

Dedicated to helping the intellectually disabled become as self-reliant as possible, Special Olympics is a national program organized around athletic contests for participants. To support their athletic events, chapters in various states depend on donations and hold occasional fund-raising auctions. It was at one such event last summer that Kelley hit upon the idea of approaching the statewide organization and soliciting it as a sponsor. SOAR thought such an alliance was a good idea, too, and its logos will grace Kelley’s boat this year.

“His family has volunteered with us for years,” says Camie Powell, director of marketing and corporate relations for SOAR. “He already had decided he was going to move to FLW’s pro tour if he could, and he felt that having SOAR as a sponsor would be good for us both. We agreed.”

Though various sports celebrities support Special Olympics at state and national levels, the organization never has had a professional angler as a booster, much less sponsored a fisherman. In that respect, Kelley’s position with SOAR is unique. He will represent the organization at public events such as tournaments, and generally remind those within sound of his voice that Special Olympics is a cause worth backing.

“Considering how important fishing is in Arkansas, it makes sense,” says Powell of Kelley’s involvement. “Fishermen make up a huge audience, and Cody can help us reach them and ask them to join our cause. We’ve already found several ways for him to be an ambassador for us ­– promoting our mission and our purpose and generally getting the word out about the work that SOAR does.”

Kelley, who fished on college teams at Arkansas Tech and Central Arkansas University, has a degree in environmental biology and currently is employed in a landscaping business. Throughout college he tried to keep his mind on his major and a career that might follow graduation, but fishing consumed him, and he decided that being a biologist of some sort would play second fiddle to being a professional angler on the Walmart FLW Tour.

“I fished some Arkie Division BFLs and in some college club tournaments and won a few bucks,” Kelley says. “Along the way, I decided that fishing tournaments was the only thing I really liked to do, and I thought I could make a living at it. When I started I kind of had a time frame when I would get to the front of the boat. So far it’s worked out like I had hoped.”

Since he allied himself with SOAR, Kelley has attended a leadership training session and met with various athletes who will compete in summer games. Though there are no fishing tournaments in Special Olympics currently, Kelley might be the guy who makes it happen. At the very least, he hopes to develop a charity tournament that benefits SOAR.

“We’ve discussed a fund-raising tournament,” adds Kelley, “but it’s just in the talking stage. If we could set it up this year, it probably would fall between the [Walmart FLW Tour] Potomac tournament and the Forrest Wood Cup. We’ll see, but the bottom line is that fishermen represent a demographic that SOAR hasn’t reached out to yet, and I’m going to help change that.”