After spending time away from the pro ranks to be with his family, the North Carolina pro is in the thick of the AOY race 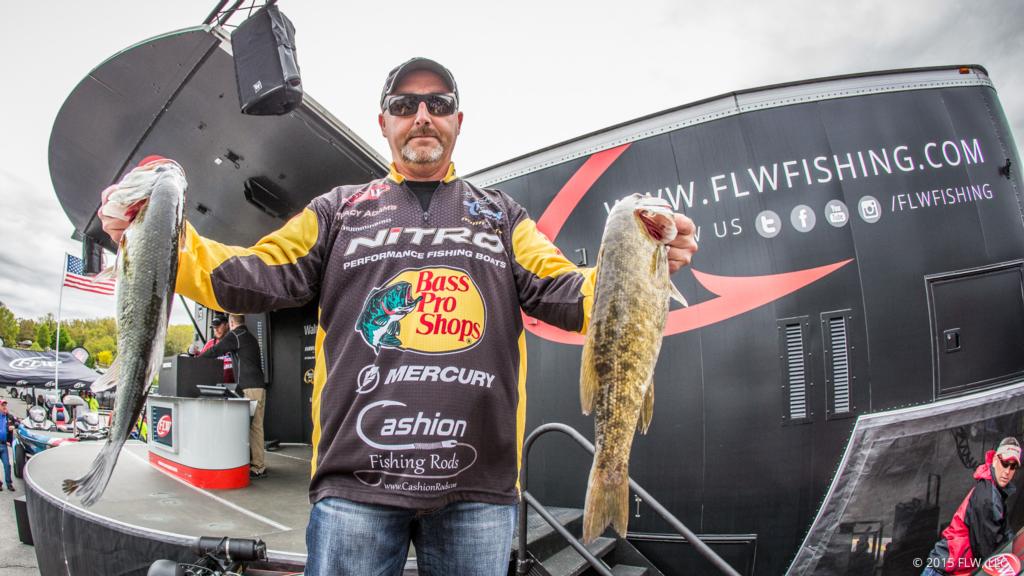 Walmart FLW Tour pro Tracy Adams is what I’d call a well-rounded angler in every sense of the word, but not just because he can catch ’em shallow, deep or anywhere in between.

The 41-year-old angler from Wilkesboro, N.C., has fished the Walmart FLW Tour and Bassmaster Elite Series during the 19 years he has been casting for cash at the pro level, and he has banked close to a million bucks along the way. He’s been to the Big Show multiple times on both major tours, including six trips to the Forrest Wood Cup and two Bassmaster Classics. Adams has grabbed nearly a dozen big league top 10s, highlighted by an FLW Tour win in 2006 on Lake Champlain that earned him a cool $103,000 payday. 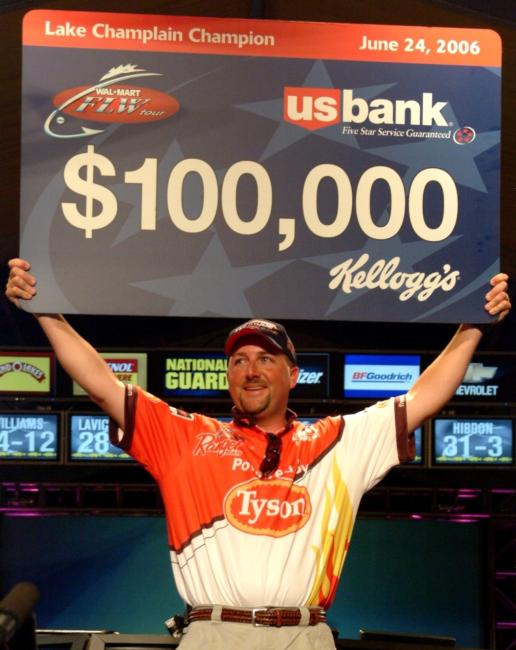 Through it all Adams has managed to maintain a solid marriage to his bride of 14 years, Laura. Plus, he’s had a significant hand in the juggling act of raising their two children – Emma, 8, and Kevin, 7 – and has been able to help oversee David’s Market, the community grocery store his father, David Adams, opened way back in 1971.

“I was there all day today,” Adams chuckled as he chronicled the typical day in the sleepy little town he calls home. “Now, we’ve got baseball [Kevin plays shortstop] and softball games [Emma plays third base] tonight. Both of our kids are both pretty competitive out there. Me, I’m what you’d call one of those ‘sideline coaches.’”

As you can see, “well-rounded” extends far from the bass lake, though tournament fishing has definitely helped define the Adams family.

The Adams kids come by their competitive nature naturally. Their father is recognized as a super-fierce competitor among the pro bass fishing ranks, one who can beat you with a flipping stick in the bushes or a crankbait far from shore.

“I’ve been that way since I was just a kid,” Adams says. “My dad got me started in tournament fishing way back when I was 10 or 12 years old, still in elementary school. We used to fish a lot of the Tuesday- and Wednesday-nighters on Norman and Hickory, and we did pretty good. I didn’t play sports in high school. You couldn’t keep me off the water long enough. I just loved the competition.”

Adams’ competitive spirit ultimately led him to the FLW Tour in 1996 at age 22. Interestingly, he chose to take the leap with very limited tournament experience under his belt outside of the local jackpots he fished on his home lakes. He could have gotten his feet wet as a co-angler, but to hear Adams tell it that wasn’t an option in his mind.

“From the very start I knew I wanted to make my own mistakes,” he says. “I didn’t want to ride around with somebody else and take the chance of having to watch him make his mistakes. You can learn a lot as a co-angler, but I wanted to do it myself if I could.”

Adams wasn’t able to fish the entire schedule his rookie year due to other commitments, but he had a decent three-tournament season just the same. He finished 42nd in his first event at Santee Cooper, 59th at Seminole and grabbed a second at Kentucky Lake, which was worth $5,000 at the time.

Confident he could hang with some of the best anglers in the world, Adams anted up for the full FLW Tour schedule in 1997 and each year thereafter through 2009. He qualified for his first Forrest Wood Cup in 2000 after finishing third in points and followed it up with five more Cup appearances before electing to drop out of the Tour for the 2010 season.

But Adams didn’t quit tournament fishing altogether. Instead, he decided to test the waters in the Bassmaster Northern and Southern Opens, where he notched a half-dozen top 10s, won one event, earned tickets to the 2011 and 2013 Bassmaster Classics, and qualified to compete in the Elite Series twice before he decided to take the leap in 2014.

“I turned down the Elite invitation in 2011, mainly because I just wasn’t sure I was ready to go back out on the road yet,” Adams says. “I re-qualified a second time through the 2013 Northern Opens. That’s when I decided to take the shot.”

Adams’ 2014 Elite season didn’t go nearly as well as he had hoped. He cut checks in two of the eight events on the schedule. He says he re-qualified for the 2015 Elite season through a rookie exemption, but declined the opportunity when he saw a schedule that would take him way out West to unfamiliar waters in California and Arizona.

“That’s when I decided I was going to try FLW again if I was able to get back in,” Adams adds. “Luckily enough I did. We’re fishing lakes I’m familiar with – places where I thought I could catch some fish. Luckily I’ve been able to catch a few so far.” 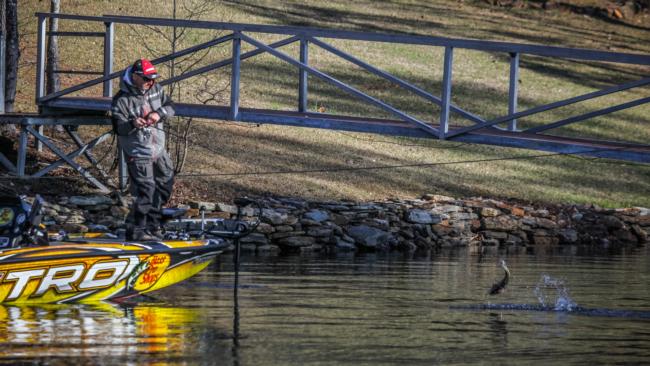 With the 2015 season now half over and three qualifying events remaining, the Bass Pro Shops/Nitro pro is currently sitting third in the Angler of the Year points race, just 16 points behind leader Wesley Strader of Spring City, Tenn., and five points behind Bridgford pro Luke Clausen of Spokane, Wash., who’s in second.

Adams, who’s supported by a solid list of sponsors this season, including Bass Pro Shops, Nitro Boats, Mercury, Cashion Fishing Rods and Minn Kota, got to where he is in the standings by virtue of a 39th-place finish in the season-opener at Lake Toho, a fourth at Lewis Smith Lake and, most recently, a second-place finish at Beaver Lake in April.

With the Tour’s fourth stop set to get underway on Thursday on Alabama’s Lake Eufaula, and the final two events set for June 11-14 at Lake Chickamauga in Tennessee and June 25-29 on the Potomac River in Maryland, Adams says he feels optimistic about his chances of being able to stay in the AOY hunt.

“It feels great to be in the position I’m in at this point in the season,” he says. “I like all three lakes. I’m basically a shallow-water guy, and the last two tournaments really line up well with my preferred styles of fishing, such as flipping, shallow cranking, frogging, throwing ChatterBaits and stuff like that. But I can tell you from experience that you can’t worry about that AOY until the final cast is made. You can’t get too far ahead of yourself in this game. It’ll burn you if you do. I’ve been in this position before, and you’ve got to take it one fish at a time.”