Richardson Overcomes Hurdles in Pursuit of His Dream

Despite an accident and other delays, the All-American champ is prepared to jump-start his career at the Forrest Wood Cup 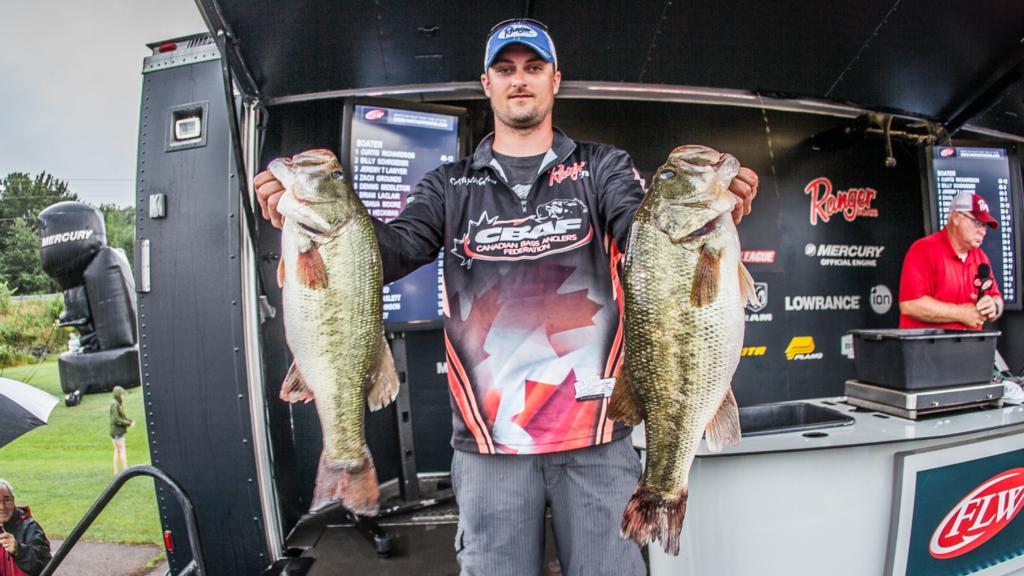 In the pursuit of any dream, whether the end goal is just around the corner or a long ways away, there will always be a few bumps in the road during the journey. For Curtis Richardson, the 2015 Walmart Bass Fishing League All-American winner, his dream of becoming a professional angler and fishing the Walmart FLW Tour is within sight, but getting there has required navigating a major obstruction.

Up until recently, Richardson’s path had been smooth. He qualified for the All-American by finishing atop his division at the 2015 The Bass Federation National Championship. He then spent six days of practice on Kentucky Lake, site of the All-American, followed by another week of replicating conditions and fine-tuning his presentations on Pickwick Lake, which is next door to Kentucky. The plan worked flawlessly for the Canadian angler. He won the All-American, and all was on track until his pre-practice for the Forrest Wood Cup on Lake Ouachita was cut short due to an unfortunate accident.

“I made it as far as Missouri. I had been driving for 22 hours straight, and I hit a big rain storm,” Richardson recalls. “I was really tired, so I decided to pull over at a truck stop to get some rest. A tractor trailer ran right into my engine and snapped it right off.”

Richardson’s engine was destroyed by the hit-and-run, but the transom of his Ranger Z520 was left undamaged. After spending a few days sorting out the incident with an insurance company and a repair shop, Richardson parted ways with his boat and headed to Ouachita, where he was to stay with Adrian Avena. He was able to borrow a boat for three days to squeeze in some pre-practice before the lake went off-limits.

That’s when the “bumpy road” got worse. Hitting the waters of Ouachita for the first time in his life, Richardson fished for an hour before his loaner boat broke down. He had to troll back to the ramp and give it another go in another borrowed boat.

For the remaining two days of pre-practice, Richardson spent most of his valuable time on Ouachita graphing and observing the layout of the lake to find places where he could possibly capitalize on his two favorite techniques – flipping and drop-shotting.

“It’s a lot different than anything I’ve ever seen,” says Richardson. “I’m used to the clear water, and I’m used to fishing deep. The standing timber is all new to me.”

Richardson is still confident that he can bag enough weight at the Cup to flaunt his perseverance and adaptability in order to attract supporters that could help fund him during next year’s Tour season.

“I’d love to make a career out of it,” Richardson says. “Just to be able to do what I love to do for a living – that’s everyone’s dream.”

The business of tournament bass fishing is one that’s full of ups and downs and bumpy roads. If his experiences preparing for the Cup are any indicator, Richardson won’t have any trouble overcoming adversity to accomplish his goals.