One Way or Another, Fishing is Brianne McMillan’s Future 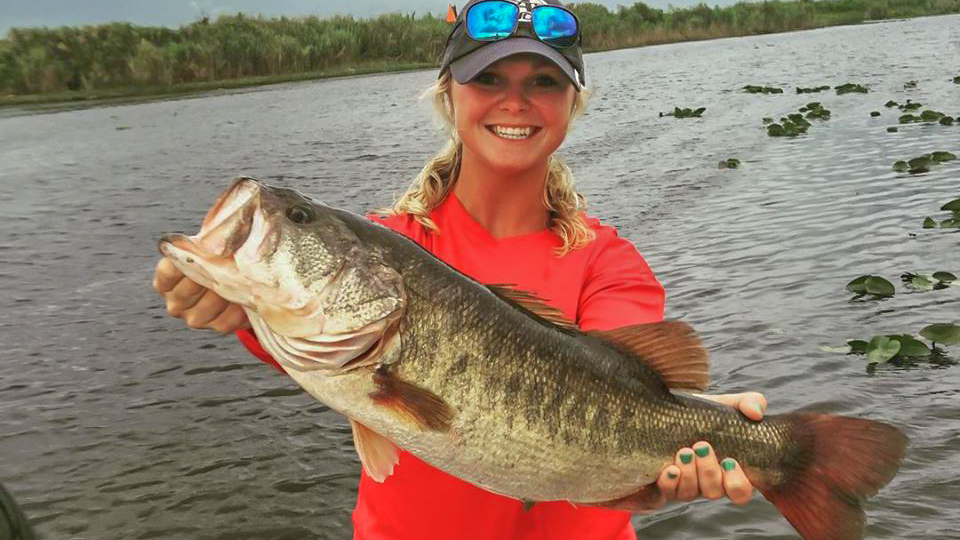 If you saw Brianne McMillan walking down the sidewalk on the Florida Gulf Coast University campus, you might guess she’s a typical coed doing the usual stuff that college kids do.

Don’t profile her, though. Chances are that after class she’s headed for a nearby lake to prepare for her next big tournament. College provides one form of education; fishing, another.

An inch over 5 feet tall and sporting long blond hair, Brianne hardly resembles the typical tournament angler, but she can hold her own in a bass boat. Against the grain, perhaps, but to those who know anything about south Florida fishing, it’s enough to say that she’s a McMillan. As a member of that talented family, Brianne grew up fishing with and against the likes of cousins Brandon and Jared McMillan, as well as dad, Jeff, a fellow Bass Fishing League angler and FLW Series competitor.

Brianne began a new phase in her tournament career in the BFL’s Gator Division last Jan. 3 when she fished Lake Okeechobee in the first event of the year. The butterflies in her stomach won that matchup: She placed 187th.

“I was very nervous in that first tournament,” the 21-year-old college student recalls. “When I found out I was the only female in the driver’s seat, I thought, ‘Oh my gosh, I don’t know if I can hang in there with the men.’” 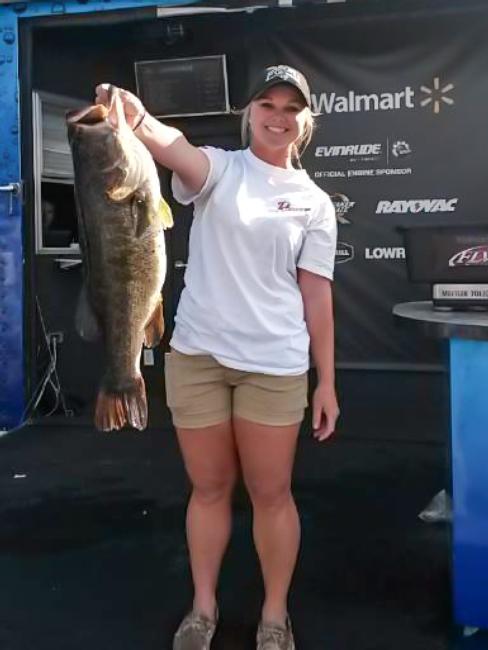 By the second Okeechobee tournament of the year, on Jan. 31, Brianne showed what she was capable of by bringing in an 18-pound, 2-ounce limit that won her second place and $3,000. She struggled the rest of the season, but at least proved to herself and fellow competitors that she did, indeed, belong in the driver’s seat.

Balancing most her time now among schoolwork, a part-time job at the Bass Pro Shops store in Fort Myers and tournaments, Brianne is intent on finding a permanent place in the fishing world, as a pro or in the tackle business. A senior, she’ll graduate next spring from Florida Gulf Coast with a major in public relations and a double minor in marketing and advertising. Between then and now, she’ll intern with Gambler Lures and hopes to find a position with that company after graduation.

Throughout college, Brianne has stayed close to the south Florida fishing scene. She’s been a member of the university’s fishing club for four years, and served as its vice president for three years.

“Most of my fishing experience has been on Florida lakes, so definitely grass fishing is my forte,” notes Brianne. “Otherwise, I’ve got a lot to learn. I’ve fished college tournaments at Pickwick, Wheeler and Seminole, and didn’t do very well in them. Seminole was tough for me because it got really cold – down in the 20s. At Pickwick and Wheeler I had good practices, but then the water levels dropped on the first days in both those events and turned the fish off. I just didn’t know how to react to it. I would say my biggest weakness is fishing deep.”

Brianne hopes to broaden her fishing knowledge beginning this January when she joins the FLW Series Southeastern Division at its first event on Lake Okeechobee. Registering as a boater, Brianne will compete in her Ranger Z521 with a 250-hp Mercury Pro XS at the stern. Chances are the Gambler Lures logo will be prominent on the boat and her jersey, as the company’s products are her favorites.

“My biggest bass was 9-2, and I caught it off a bed at Okeechobee last December on a Gambler Big EZ in Copperfield color [green on the top and tan on the bottom with some glitter mixed in],” she admits. “My favorite rig is a pitching setup: a 1-ounce weight with a punch skirt and a Gambler Why Not – probably black with blue glitter.”

Armed with a college degree and an education in fishing provided by some of the best teachers in the land, Brianne’s future seems bright. The perfect scenario for her is to become a successful tournament angler, but employment with a company in the fishing industry is a close second option.

In the meantime, working on her primary goal begins in January on Lake Okeechobee when she’ll join one of the largest FLW Series fields ever convened. Not only does she have to unravel the Big O’s oftentimes quirky spring patterns, but she also has to compete against other anglers of the McMillan clan.

Either way, it won’t be a picnic.