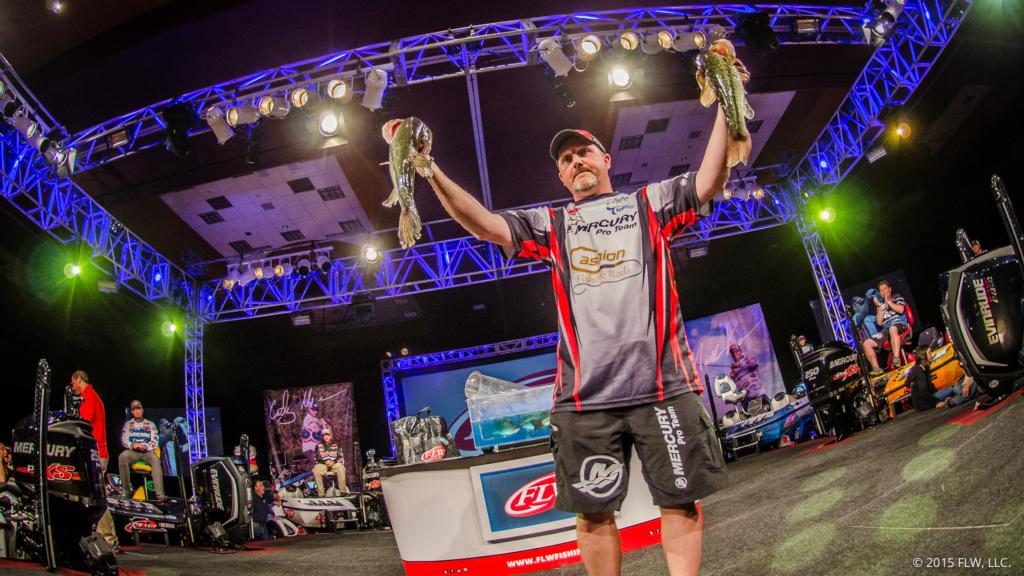 After taking a break from Walmart FLW Tour competition for five seasons, North Carolina pro Tracy Adams returned with a strong 2015 performance that now has him chomping at the bit and eager to tackle a new season.

“I’m excited about 2016. I’m pretty pumped about it,” says Adams, who finished eighth in the Angler of the Year standings last season. “I had a good year last year, and I’m going to try to keep that momentum going.”

Momentum was critical in 2015, says Adams. Thankfully, it was headed in the right direction pretty early in the season, starting with a 39th-place finish at the opener on Lake Toho.

“It was just one of those years where it all worked out,” Adams recalls. “I had a terrible start the first day at Toho [10 pounds, 5 ounces for 85th place], but around 1 o’clock on the second day, I got on a little something and caught about 15 to 16 pounds in about 30 to 40 minutes.

“It seemed like from that point on, momentum just carried through the season,” he adds. “It just seemed like the ball got going and it kept rolling. And that’s what has to happen; you make a few right moves and just try to keep it going.” 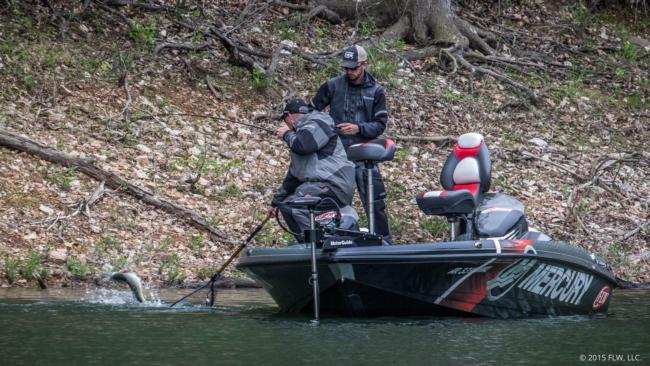 Looking at the 2016 schedule, Adams sees a mixed bag of potential high and low points. He’s hoping to come out of the gate strong at the Tour opener on Lake Okeechobee. Prior visits to the south Florida powerhouse have been in January and produced some of Adams’ worst finishes, so he’s hoping the first week of February will prove more hospitable.

He’ll probably be a favorite on Hartwell, which is close to home in the Carolinas and where clear water fits his strengths. Similarly, he’s historically done well on the clear waters of Beaver Lake.

“It just suits my style,” Adams says of the northwest Arkansas impoundment. “I like to sight-fish, and I’m versatile. Usually, whatever is going on, I can get on something. I always seem to do well there.

“I also like Champlain,” he adds. “I won there in ’06, so I’m looking forward to getting back. It’s always been good to me. Gosh, you just always seem to catch so many fish there.”

As a former Champlain winner, Adams will likely be a FLW Fantasy Fishing favorite on the lake, which straddles the border of Vermont and New York and is known for its tremendous habitat diversity and its abundance of big smallmouths and largemouths. Adams says he’ll likely focus on the latter because there’s often less pressure on the green fish.

Of course, if that legendary Ticonderoga grass bite is happening at the south end, nice weather means he’ll have plenty of competition nearby.

“In the best-case scenario, you don’t want it flat calm,” he says. “If the largemouths are biting good down south and the lake is calm, everybody’s going to go. You want it to where it’s hard to get there, but not impossible. They have to be just crazy enough to try.”

Ledge fishing is about the only type of fishing that causes Adams any discomfort. Admittedly, he’d rather be on the bank casting at something than commit countless hours to idling and graphing.

“The only event that will be a total ledge bite is Kentucky Lake, but it just has so many fish in it,” Adams says. “It will be won fishing ledges, but there are a bunch of things you can do to have a decent finish. I’m not that good at the ledge deal, but other than that I feel like I can hold my own.” 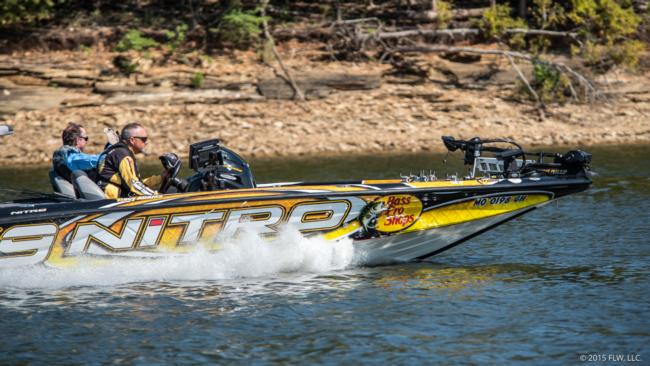 As 2015 draws to a close, Adams says his wish for the New Year will be to have another strong season. He’s thankful for a solid family support system that includes the comfort and stability of a job at his father’s community grocery store in Wilkesboro.

“My dad doesn’t work much anymore, but I’m fortunate that we have a staff that can take care of the store when I’m gone,” he says. “It works well because I can work when I’m home, but when I’m gone, it’s OK too.”

Adams says winning Angler of the Year is a standing objective, as is Forrest Wood Cup qualification, but for this seasoned tournament pro, the definitive 2016 goal is much simpler.

“Overall,” he says, “I just want to see if I can top last year. That’s always my goal – to do better than the year before.”