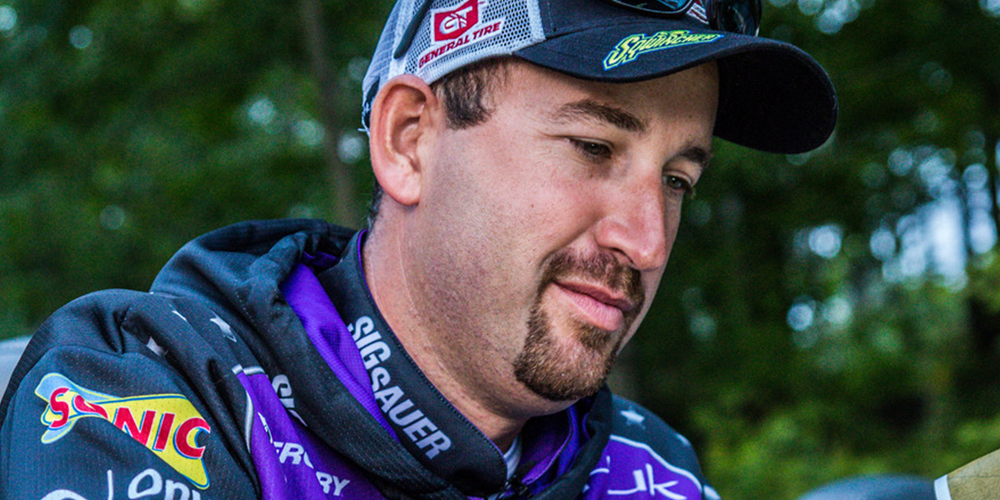 KNOXVILLE, Tenn. – In the driveway of the DeFoe home in Knoxville, Tenn., there is a sign hand-written in chalk. The sign – drawn last week by MLF pro Ott DeFoe’s youngest daughter Lizzie – reads simply: “The 2019 Bassmaster Classic champion lives here”.

Turns out that Lizzie DeFoe is a little bit of a fortune teller.

Powered by a 6-pound largemouth on Day 1 and a trio of 4-pounders on the final day, DeFoe took full advantage of a lifetime of knowledge of the Tennessee River to put 49 pounds, 3 ounces of fish on the scales in three days of competition on Fort Loudon Lake and Tellico Reservoir. That was enough to hold off fellow MLF pros Jacob Wheeler, Jesse Wiggins, Mike Iaconelli and Mark Daniels, Jr. and claim the 49th Bassmaster Classic in front of a hometown crowd at Thompson-Boling arena in Knoxville.

DeFoe made the statement on Day 1 that he would be a force to reckon with on his hometown fishery, claiming the lead with 20-0 on a Storm Arashi Vibe lipless crankbait (the second-biggest five-fish limit of the tournament). But changing conditions on Fort Loudoun and Tellico vexed much of the field on Day 2, including DeFoe: the General Tire pro scratched and clawed for 10-5 to enter the final day 2 pounds behind Wheeler and Daniels.

Leaving the dock on Sunday, DeFoe estimated that he’d need at least 18 pounds to have a chance at overtaking Wheeler and Daniels. “Trusting his gut” and throwing a combination of the same Arashi lipless crank, a Rapala DT4 and a chartreuse/white 3/8-ounce bladed jig, DeFoe started his championship drive with a 4-8, and then culled up by 5 pounds with two more 4-plus-pounders in the second half of the day.

“I know what it’s like to catch a big bag on the final day, but it’s never been enough (for me to win),” said DeFoe, who had previously finished in the Top 6 in four of the seven Classics he had fished.

NOTES: MLF anglers occupied nine of the Top 10 spots in the final standings, and 15 of the Top 20.