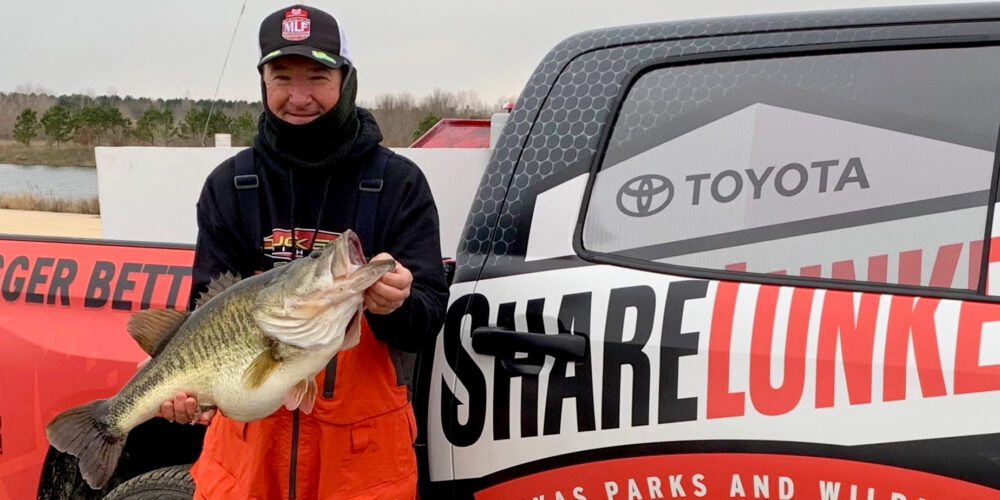 ATHENS, Texas – The Texas Freshwater Fishing Hall of Fame committee is pleased to announce that professional angler Gary Klein of Mingus, Texas will be inducted into the Hall of Fame in 2022. Klein has been an anchor in professional fishing for 42 years and an innovator on the cutting edge of the sport. Additionally, Klein generously gives back to the fishing community through volunteer work with kids and military veterans.

“Gary Klein’s outstanding accomplishments as a professional angler rank him as one of the best ever to command the sport of competitive bass fishing,” said Dan Kessler, Texas Freshwater Fishing Hall of Fame Selection Committee Chairman. “His leadership in bringing forth new ideas and innovation in the fishing industry are unsurpassed among professional anglers. On their own merits, these accomplishments warranted Gary’s consideration for membership in the Hall of Fame. However, it is Gary Klein’s commitment to the conservation of our resources, his life-long passion for educating current and future anglers, and his willingness to give his time and resources back to the fishing community that resulted in unanimous support for his induction to the Hall of Fame.”

Klein officially began his professional fishing career in 1979 at the age of 21, but his first tournament event was in 1973 on Lake Don Pedro in California at the age of 15. During the course of his career, Klein competed in 407 Bassmaster events, including eight event victories and 80 Top 10 finishes. He qualified and competed in the Bassmaster Classic 30 times, which is the second-most in history. In addition, he is the only angler to qualify for at least one Bassmaster Classic in every decade from 1979 through 2019. Klein garnered Bassmaster Angler of the Year honors in 1989 and 1993.

In 1988, Klein claimed the U.S. Open championship on Lake Mead, an event that is considered one of the most competitive in the United States. In the 1990s, Klein competed in FLW tournaments, winning two of their events while qualifying for the Forrest Wood Cup six times.  In Klein’s more than 40 years as a professional angler, he boasts 161 Top 20 finishes, 95 Top 10 finishes and 10 wins.

The Texas Parks and Wildlife Department (TPWD) in cooperation with Klein and others designed a revolutionary “Catch, Weigh and Immediate Release” format for use in tournaments in order to minimize the stress placed on the fish. The new format debuted in the 2007 Toyota Texas Bass Classic at Lake Fork and it was a great success. Klein, along with fellow professional angler Boyd Duckett, went on to co-found Major League Fishing (MLF) and the monumental decision was made to use an adapted version of the “Catch, Weigh and Immediate Release” format in all MLF tournaments. MLF thus became the first professional circuit to use this new format, leading the sport into a whole new era.

The format incorporates the immediate release of the fish where they were reeled in, resulting in reduced handling stress on the fish and elimination of the need for their retention and relocation to on-shore weigh-ins. In 2021, Klein co-founded the Major League Fishing-Fisheries Management Division to further research, education, fisheries enhancement, and fish care initiatives for the organization.

As a leader in the sport, Klein was a founding member of the Professional Anglers Association and served on the Board of Directors as well as President for the organization. He was an original member of the Bass Fishing Hall of Fame Board of Directors and currently serves as the immediate past president of the Major League Fishing Anglers Association.

Klein popularized the “flipping” technique which allows anglers to fish much closer to their targets and silently deliver a bait into the water. He worked directly with manufacturers to produce products for the technique and went on to develop additional baits and innovative fishing strategies. Some of these innovations include the round bend double taper needlepoint hook, an eye forward oval shape cobra head jig and a rattleback jig. He continues to create and stay on the cutting edge of new designs to this day. Klein is a co-owner of Boss Outdoors and FishingSkirts.com which provide materials and videos to allow anglers to make their own skirted baits.

Off the water, Klein gives his time volunteering each summer as an instructor for the Texas Brigades-Bass Brigade youth leadership camp for high school students. Klein donates many of the products to the camp from his sponsors along with scholarship checks totaling $6,000. He also spends winter months visiting high school classrooms speaking about being a professional angler, finding your passion, and the Bass Brigade.

Klein is also heavily involved in military veterans’ events, including playing a huge role in the annual Fishing for Freedom tournament and gala since 2013. The event is facilitated by Cliff Brown at Texas Boat World and features over 200 competitors who take a veteran out for the day to compete in the tournament. Klein facilitates sponsors donating products and funds to help make the event a reality.

“I am humbled and honored to be inducted into the prestigious Texas Freshwater Fishing Hall of Fame, this is truly one of the highlights of my distinguished career,” said Klein.

Since 1997, the hall of fame has inducted 36 individuals and organizations, including, Shane Wilson in 2020. An inductee was not selected in 2021 due to complications and uncertainties surrounding the coronavirus pandemic. Klein will be inducted as the 37th member of the Texas Freshwater Fishing Hall of Fame during a ceremony at the Texas Freshwater Fisheries Center later this year.

Nomination forms and instructions are available online or by calling (903) 676-2277.