KVD the Innovator: VanDam’s Hands-On Approach to Development is a Highlight of His Career 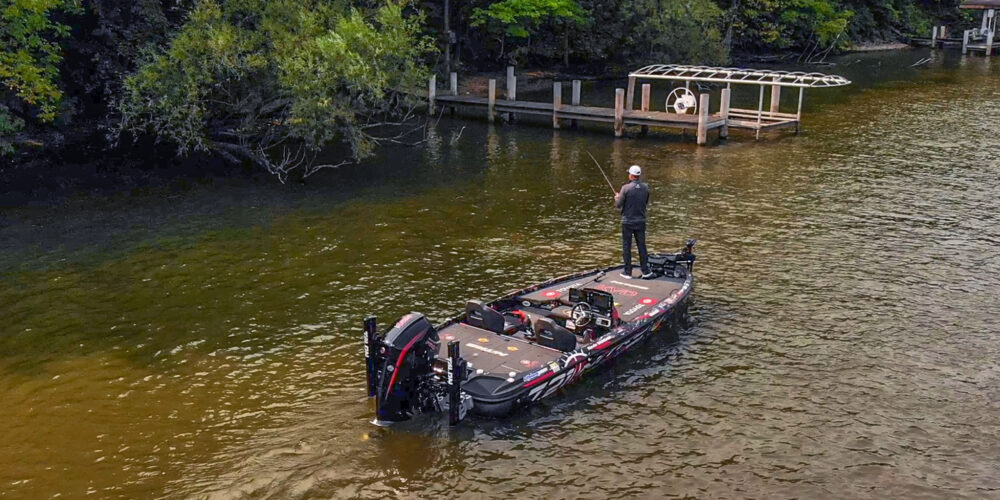 Imagine stepping into Kevin VanDam’s boat. You’d see carpet decals with “KVD” dead center on his storage compartment as he opens it to grab a bait.

As he reaches in, he grabs a Strike King KVD Perfect Plastic Caffeine Shad and rigs it on a Mustad UltraPoint KVD Grip-Pin Hook before tying it to Bass Pro Shops XPS KVD Signature Series 100% Fluorocarbon.

You get the picture: The man has plenty of signature series products, and he’s earned that through years of success at the highest level of the sport.

Helping design products is, by VanDam’s own admission, one of the highlights of his career, and the highest money-winner in the history of the sport continues to work with manufacturers to develop new ideas that will help anglers catch more fish.

“One of the things that I love most about my job as a professional angler is the chance to help design the products that I fish with,” VanDam confesses. “I like to be involved in the process. I want the best, whether it is a Strike King bait or the features on a boat or my electronics.”

Over the years, VanDam has had his hands in developing many different products currently on the market. A walk down the aisle of any Bass Pro Shops will give you a glimpse of his imprint on the bass fishing industry.

The newest product to bear his initials is Lew’s KVD rod and reel lineup, a budget-friendly line of gear built just to VanDam’s specifications. The rods include 23 different models and will retail for $99.99 when they hit stores this Fall.

A Look at the Product Design Process

Instead of just adding his name to an existing product, VanDam likes to have things built specifically to his specifications, with his fishing style in mind. That’s what he did with Lew’s for his new lineup of rods.

“The first thing they did was send me one of every rod that they make,” VanDam shares. “That gave me a chance to look at rods at every price point and test all of the different actions. It gave me a good starting point.”

After VanDam did his initial homework, the Lew’s engineering team visited his home in Michigan.

“They came to my house and we went through everything,” VanDam adds. “They took very detailed notes of everything I wanted. We went over guide spacing, guide sizing, handle lengths, and they measured where I wanted each taper to start. That gave them a start, and they went back to the factory with that information.”

The entire process – from that initial trip to when the rods become available this fall – was over a year, and VanDam says it took three back-and-forth sessions to get everything just how he wanted them.

“They took such good notes from the first trip that they nailed about half of the rods right away,” VanDam says. “The second time they sent the rods back, they had all but about five perfect; and the last iteration, they got them all just right.”

VanDam insisted that everything be on point for the new rod series. The finished product will include 10 graphite casting rods, six graphite spinning models, and six composite casting rods designed for crankbaits and bladed jigs. VanDam prefers shorter handle lengths than many rods on the market, and that was part of the design process.

“A shorter handle makes you much more efficient because it is not cumbersome,” VanDam believes. “Also, having more of the rod length out in front gives you better control of your lure during the retrieve, and when fighting fish.”

The rods also feature a unique numbering system on the blank to make it easier to identify which rod is which, something that VanDam wanted to include to make him more efficient on the water. For example, a composite casting rod will have “CC” and a number on the top of the rod.

“I’m all about splitting hairs when it comes to shooting for perfection,” VanDam says. “If a handle was a half-inch too long, I made sure that it got shortened. The last part of the process was getting out and fishing the rods. I had to make sure they all had the right feel for the technique they were designed for.”