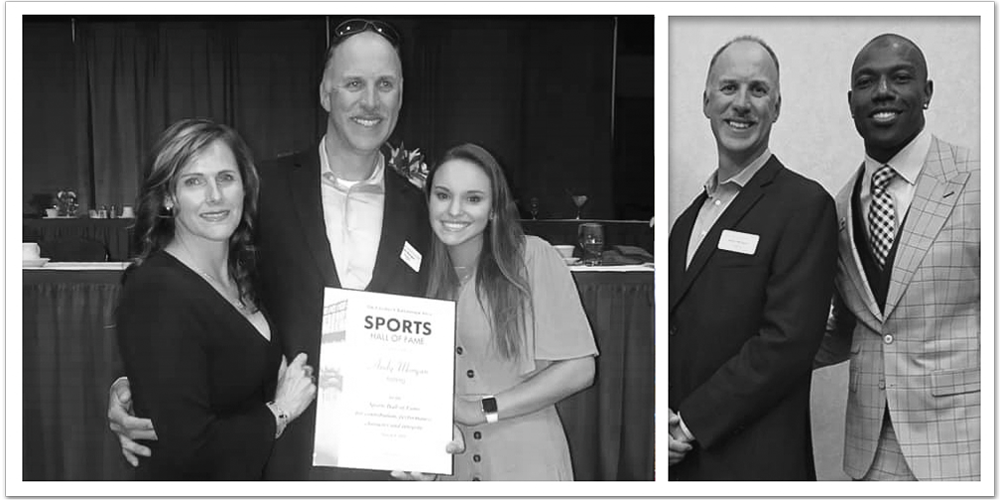 CHATTANOOGA, Tenn. – How do you know you’ve had a successful career in any sport? When a Hall of Fame creates a new category to honor your achievements.

Major League Fishing Morgan was one of 20 athletes from Tennessee recognized last week with induction into the Greater Chattanooga Area Sports Hall of Fame. Morgan, a three-time FLW Tour Angler of the Year and holder of the most Top 10 finishes in FLW history, is the first athlete inducted under the category of “fishing,” joining a 2019 HOF class that includes NFL Hall of Fame receiver Terrell Owens and former NBA first-round draft pick Malcolm Mackey.

“Andy broke the barrier on the fishing category,” said Stan Sumrell, a member of the Chattanooga Sports HOF Board of Directors. “You have to be a heavy hitter to get into this club: we have NBA players, NFL players, Major League Baseball players – it’s a long list of excellent athletes, and Andy Morgan absolutely deserves to be on that list. He’s in the top echelon of his profession.”

“If you think about it, fishing is probably the biggest sport ever,” Sumrell said. “Just about everybody in the world has gone fishing at one time or another, and it’s grown into a big-time competitive sport. To be as good as Andy has been for so many years, and to have the character and integrity that he’s displayed, he’s definitely a Hall of Fame-caliber athlete.”

Morgan is no stranger to the Greater Chattanooga Sports HOF: he was named the organization’s Male Athlete of the Year in 2014, following a 2013 season in which he won the first of two consecutive FLW AOY awards.

“He probably should’ve won it the next year, too, when he won that second Angler of the Year, but we try not to give that award to the same person two years in a row,” Sumrell joked.