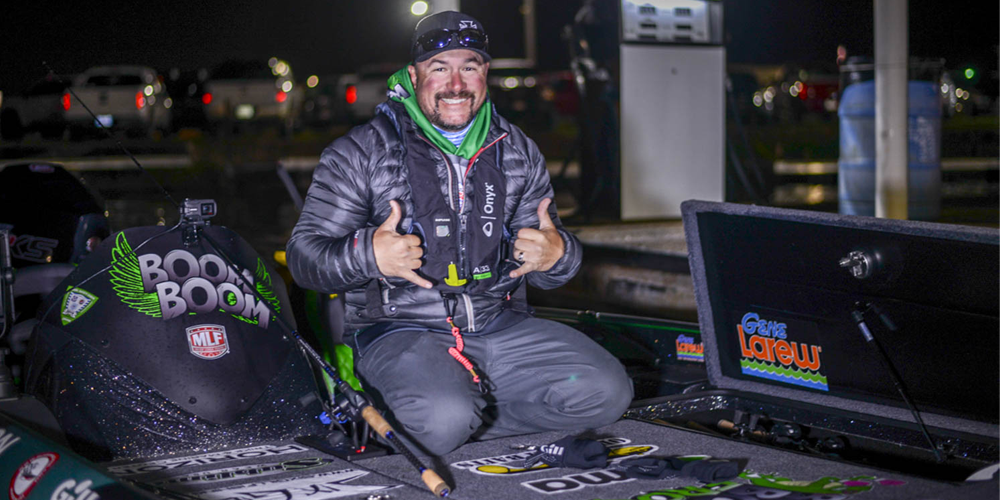 Major League Fishing Roumbanis grew up in California with dreams of one day becoming a professional angler. As a kid, Roumbanis would try to catch a few pointers from the pros on television before heading out to the lake.

“I’ve loved bass fishing since I was 8 years old,” Roumbanis said. “I watched bass fishing on TV growing up and watched the pros and their technique. Then, I would grab my bike and ride it down to the lake to try and figure out how to catch one.”

Growing up and fishing on the San Joaquin River Delta, Roumbanis learned many fishing lessons that he still carries with him on the Bass Pro Tour. While he admits he’s not known for his finesse fishing prowess, that doesn’t mean he can’t pull it out when he needs to.

“The art of finesse fishing has been a staple for me,” Roumbanis outlined. “It gives me confidence to catch fish for sure. Growing up in California and fishing smaller bodies of water with a lot of pressure and a lot of clean water helped me become a better finesse fisherman. I’ve done it quite a bit over the past few years.”

During his professional career, Roumbanis has notched four wins and 23 Top-10 finishes. A bulk of his success can be attributed to his utilization of topwater baits, something he mastered early on in his fishing career.

“I cut my teeth fishing on the California Delta and that’s where I learned to throw a topwater frog,” Roumbanis explained. “I won quite a bit of tournaments out there in California doing that, and that particular bait has given me confidence to go anywhere in the country and compete.”

Success With a Swimbait

Roumbanis is acknowledged as one of the most knowledgeable swimbait anglers in the world. It’s not a technique that is easy to master, and it makes it all the more impressive when you consider where he did the bulk of his fishing growing up.

“I grew up fishing from the shore,” Roumbanis recalled. “I didn’t step foot on a bass boat until I was 18. I just hiked the banks with big swimbaits and was able to bring it into my tournament scene out West. I would say that’s what has given me the most success considering I have my own line of swimbaits now.”

Roumbanis and the rest of the Bass Pro Tour field return to action on March 26 from Raleigh, North Carolina for the Favorite Fishing Stage Three Presented by Evinrude.