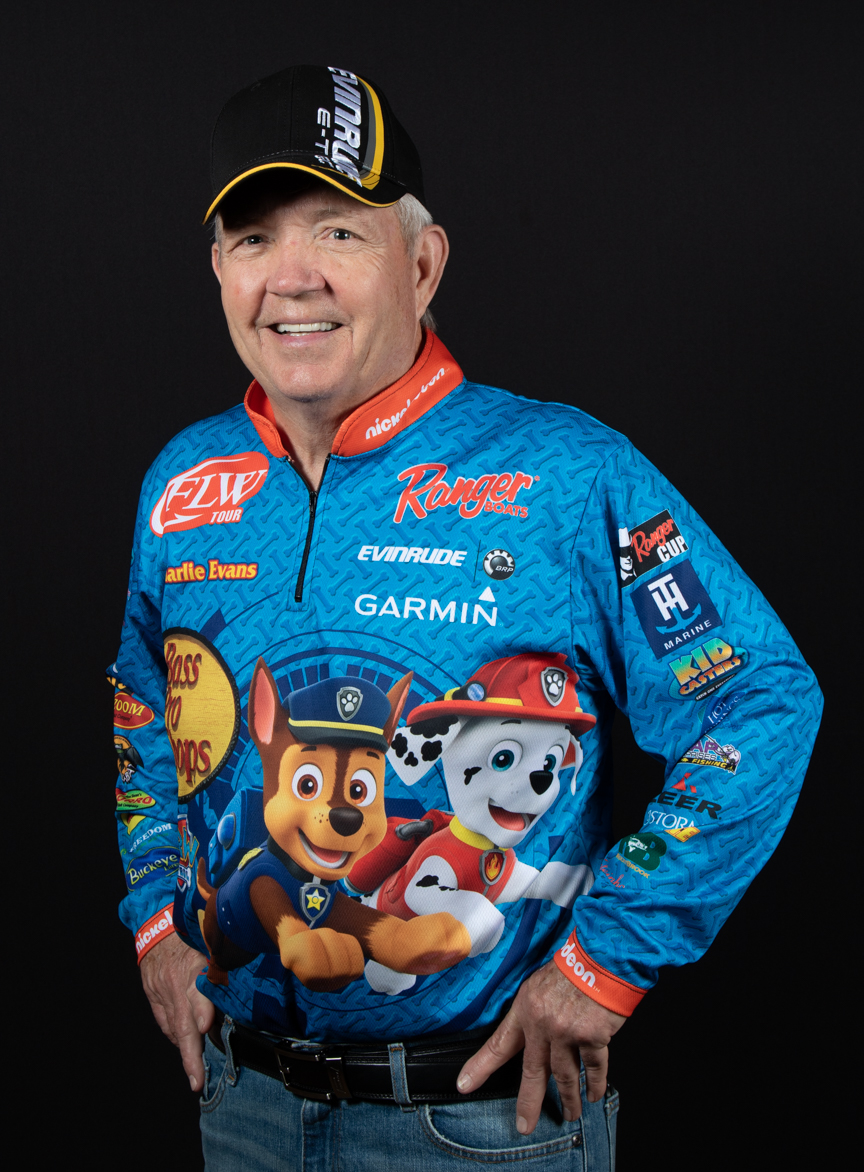 Former President and CEO of FLW, Evans is no stranger to the stage. Throughout his years with the company, Evans would often be found hosting the FLW weigh-ins and talking to anglers as they came off the water. He began fishing FLW tournaments at the BFL and Rayovac Series events back in 1999, gaining the confidence and knowledge needed to compete at the highest levels of the FLW. When he left his office job in 2010, he decided to further pursue his angling career. Charlie had a highly successful first season as co-angler in 2011, finishing ninth in the overall Co-Angler of the Year race. This was enough to persuade him to make the switch in 2012 to fish as a professional boater on the Tour.