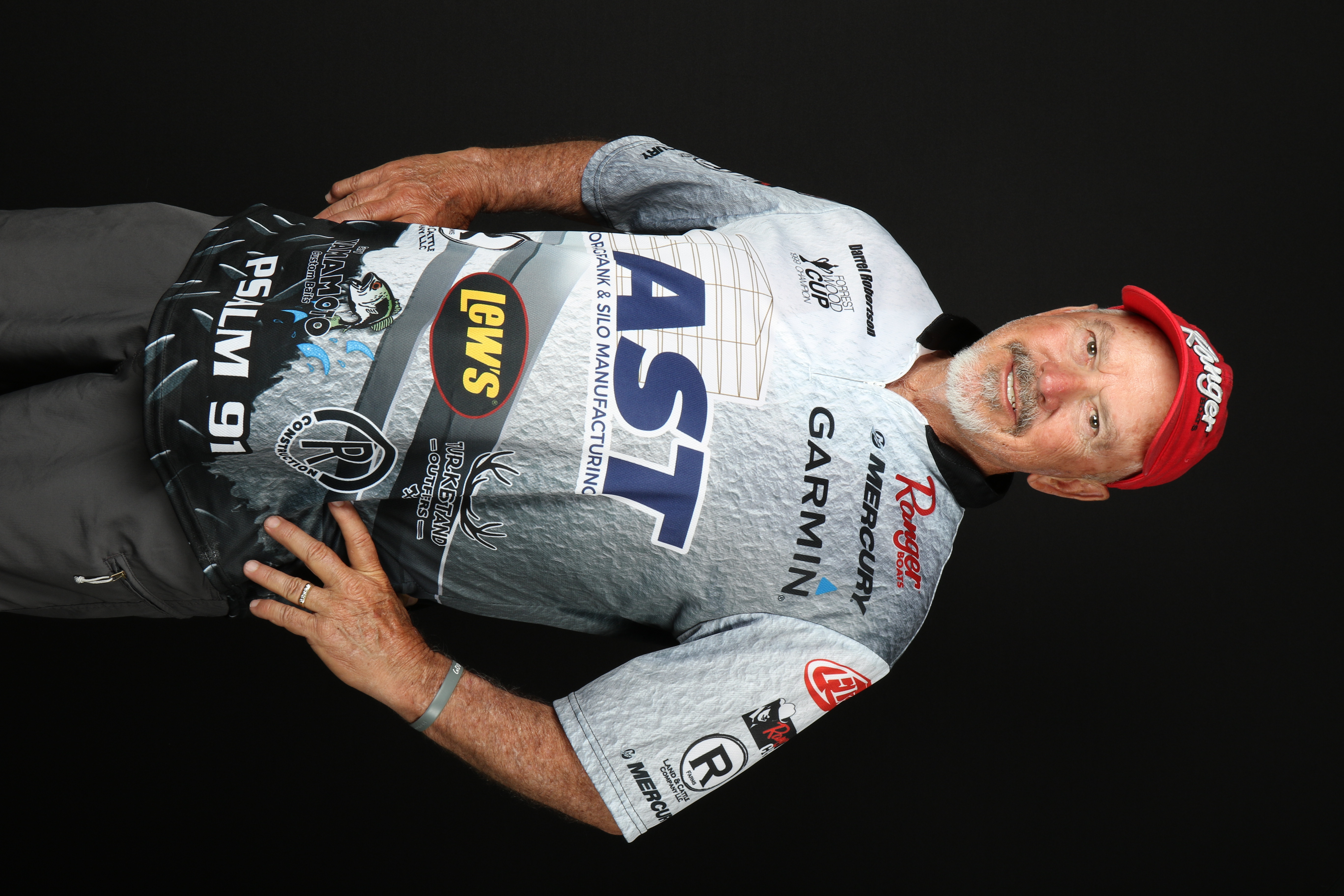 Robertson is considered one of the most experienced anglers on the Tour, having fished with FLW every year since 1997. He has achieved just about every award there is to achieve on Tour and in 1999, not only did he win the Forrest Wood Cup on Fort Gibson Lake, he also won the Ranger M1 Millennium, which was at the time the richest bass tournament in the world. His favorite body of water is Sam Rayburn Reservoir and although he claims not to have a favorite technique, he loves to Texas rig a worm or jig fish. One of his most memorable fishing moments came when he lost the 2005 Beaver Lake Tournament by 9 ounces. “I had the winning fish on my line on the last cast, but when I swung it in it bounced off the windshield of the boat and fell back into the water. It would have given me the victory. That was a $100,000 fish!” When not fishing, Robertson enjoys hunting on his property with his daughters, sons-in-law, and grandkids. They hunt white tail deer and wild hogs in archery and rifle season. They also look forward every year to the wild game feed at their home the closing weekend of rifle season, celebrating with 60-70 friends and family.