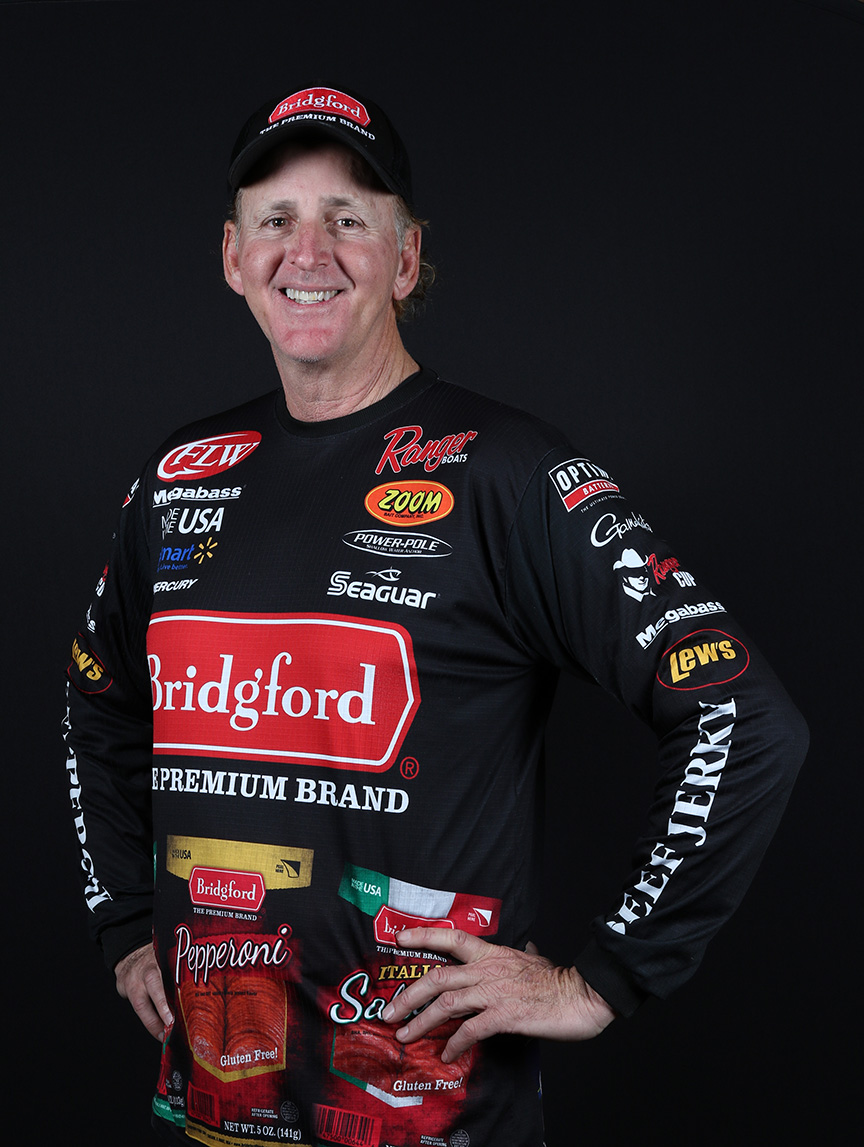 Randy Blaukat is a nine-time Forrest Wood Cup Cup Qualifier, and three-time FLW Tour runner up. He is regarded by his peers as one of the top anglers on Tour that has never won an FLW Tour event, including the 2002 Ranger M1 tournament, where he actually accumulated more weight than his closest competitor, but finished second to David Dudley due to the former zeroed-weights format. A 25-year veteran of professional fishing, Blaukat has amassed more than 1.4 million dollars in career earnings if FLW and B.A.S.S. competition. Regarded as a leading voice on environmental issues surrounding the sport of fishing, he has been an outspoken voice in conservation issues for years. Blaukat enjoys spending time on the lake or any outdoor activity with his wife Kim. In addition, Randy is an internationally-known angler and a former martial-arts tournament competitor and champion.