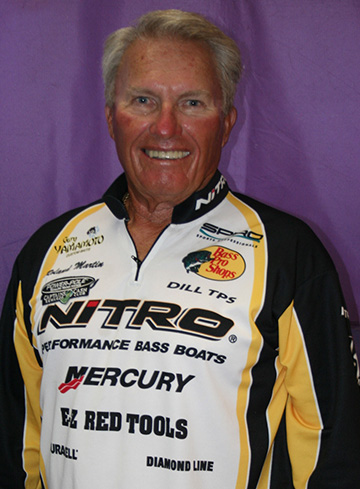 Legendary bass angler from Naples, Fla. found himself on the stage once again in 2012 claiming a fourth-place finish at Lake Champlain. Martin is currently one of the oldest anglers on Tour, with the roots of his FLW fishing career stringing back to 1996. He took a 12 year hiatus from competition until returning to the FLW Tour in 2012 and claiming a top-10 finish at Lake Champlain. Roland’s son, Scott, also fishes the Tour and is one of the leading career money winners.