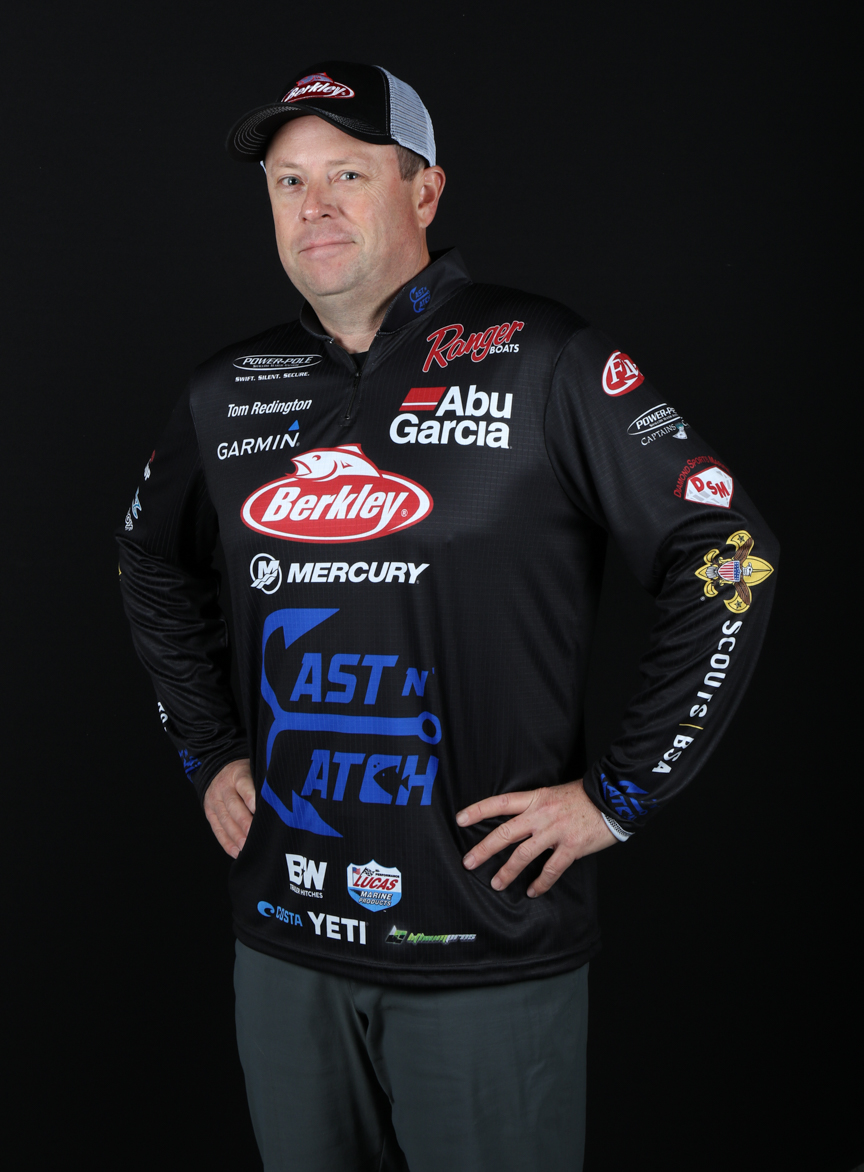 Redington qualified to fish the Tour through the Texas Division of the Everstart Series in 2008. In addition to competing on the Tour, Redington hosts TV’s “Big Bass Battle” and makes regular appearances on the “Belize Outdoors” fishing show. When home, he guides on his favorite reservoir, Lake Fork in Texas. Redington has a 7 year old son and enjoys his free time with him in baseball and the Boy Scouts.