Foggy and low at Big O 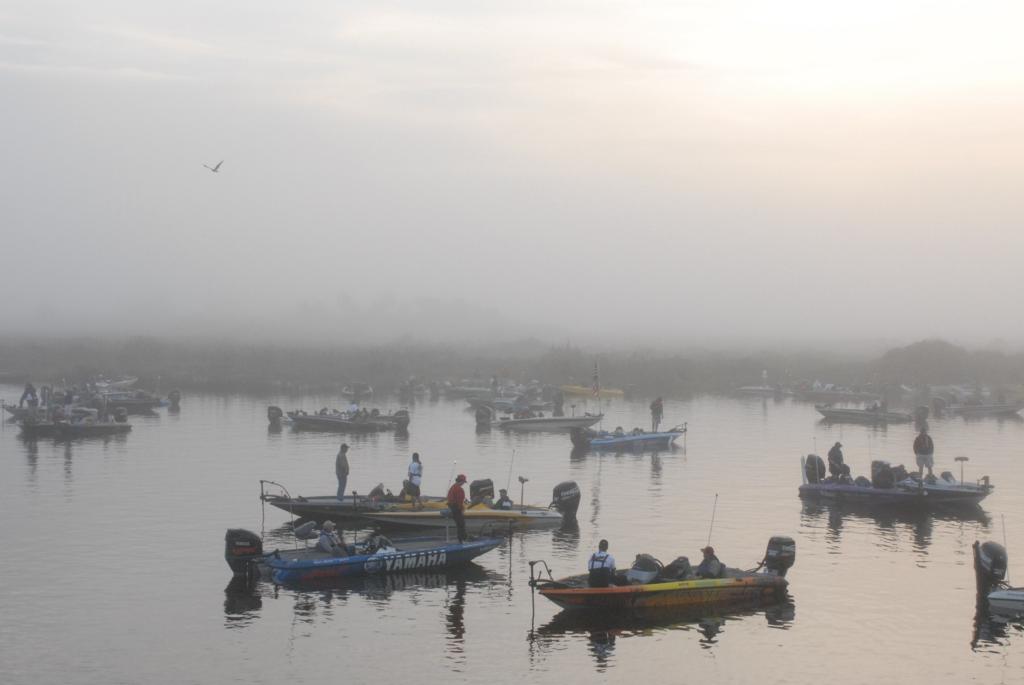 CLEWISTON, Fla. – Minutes before the day-one launch of the Wal-Mart FLW Series season opener of the BP Eastern Division on Lake Okeechobee, a low-hanging fog enveloped the rim canal just outside of Roland and Mary Ann Martin’s Marina and Resort, delaying the start of the event by one hour.

A full field of 200 pros and 200 co-anglers drifted about in the canal, nervously checking their watches as fishing time dwindled until the 8 o’clock hour when the fog began to thin out and Tournament Director Chris Jones gave the starting command.

And with the roar of boat No. 1 getting on plane, a new season of the FLW Series was under way.

Every year when FLW Outdoors brings an event to Lake Okeechobee in January, the Big O always dishes up something new, and this year is no exception as the massive lake has shrunk down considerably due to the drought in the Southeast.

And even though this FLW Series event is being held at Lake Okeechobee, most of the fishing will likely be done outside Lake Okeechobee in places like the rim canal, the Caloosahatchee River, the St. Lucie Canal and the Kissimmee River.

Okeechobee is currently at 10 feet, some 5 feet below normal and a foot lower than it was in 2001 when Chevy pro David Fritts outsmarted ultralow water conditions by cranking in the rim canal to win an FLW Tour event held here in January.

In terms of percentages, Big O expert and Castrol pro Mike Surman offered some ideas on how the lake is fishing right now.

“I’d estimate that some 70 percent of the lake is unfishable,” Surman said. “Most of it is just supershallow mud flats that are impassable by boats other than airboats. Because of that, I’d guess that about three-quarters of the field will fish outside of the lake.” 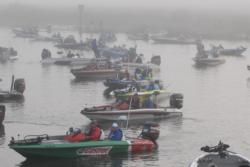 FLW Outdoors has extended the fishing waters around Okeechobee to include the Caloosahatchee River, the St. Lucie River and up two locks on the Kissimmee River.

And what about the main lake?

“There are several passes into the main lake,” Surman said, “including the main channel out of Clewiston, Uncle Joe’s Cut and Sportsman’s Canal, but you have to know what you’re doing and where you’re going when you run out there. It’s not nearly as forgiving as it usually is right now.”

Surman also predicts there will be plenty of fish caught and plenty of limits weighed in.

“The rim canal is absolutely stuffed with 14-inch keepers,” he continued. “And there are a lot of fish in the other rivers, so I think there are going to a bunch of 8- to 11-pound limits. But in order to separate yourself from the pack and have a chance at the top 10, you’re going to have to get into the 12-pound-plus range per day.”

Surman believes that the lake itself is still capable of producing some big limits in the 20-pound range.

“There are big ones still out there,” said Surman, who is considering fishing the lake in competition. “The biggest problem is that it’s so fragile. Just a little bit of wind can muddy it up fast. But it also clears up quickly, too. A day of little wind will let the main lake settle out, and those fish should cooperate.”

The X factor will be the hallowed ground of Harney Pond Canal, a place known for producing big bags of bass in low, cold-water conditions. And indications are that big stringers can be had from Harney Pond Canal, but accessing it is a different story. 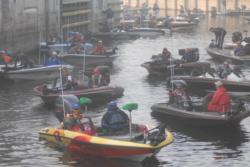 “Getting in and out of Harney Pond Canal from the lake is touch and go,” Surman explained. “Some days you can get in there, and some days you can’t. It all depends on the wind. If the wind is strong out of the east, it will actually push enough water into that corner of the lake to get over the shallow bars blocking the canal. But if the wind subsides, you might end up high and dry on the way out. Going in there is a huge gamble.”

With that in mind, Surman believes the FLW Series opener is going to be totally dependent on the wind.

Anglers will take off from Roland & Mary Ann Martin’s Marina & Resort located at 920 E. Del Monte Ave. in Clewiston at 7 each morning. Wednesday, Thursday and Friday’s weigh-ins will also be held at the marina beginning at 3 p.m.

Saturday’s final weigh-in will be held at the Wal-Mart store located at 1005 W. Sugarland Highway in Clewiston beginning at 4 p.m. Children will be treated to a Family Fun Zone prior to Saturday’s weigh-in from noon to 4 p.m. at Wal-Mart. Activities in the Family Fun Zone include the Kellogg’s trout pond, a Ranger boat simulator and assorted fishing-themed games. All activities are free and open to the public.

In FLW Series competition, pros and co-anglers are randomly paired each day, with pros supplying the boat, controlling boat movement and competing against other pros. Co-anglers fish from the back deck against other co-anglers. The total purse for the Lake Okeechobee tournament is $1 million, including $10,000 through 50th place and $2,000 through 75th place in the Pro Division. Ultimately, all anglers in the tournament will also be competing for valuable points in the hope of qualifying for the Wal-Mart FLW Series Fish-Off and a shot at advancing to the $2 million, 2009 Forrest Wood Cup, where the winning pro will earn as much as $1 million – the sport’s biggest award.