Kentucky co-angler wins new Ranger Boat, hopes to move to the pro side in 2016 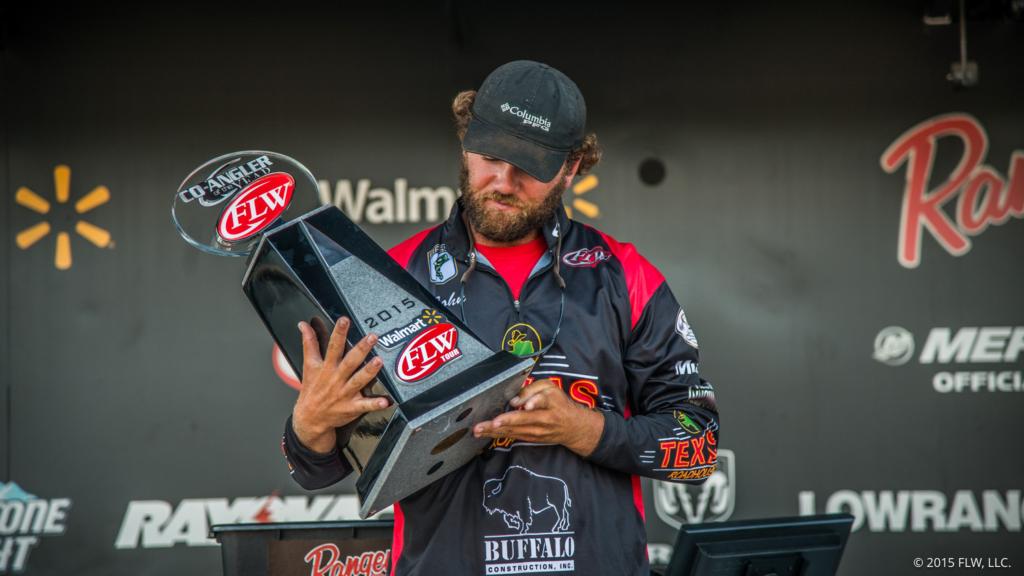 Things couldn’t have worked out any better for first-year Walmart FLW Tour co-angler John Hunter, who wrapped up a phenomenal season from the back of the boat to win Co-angler of the Year and the Ranger Z518C with 200-hp outboard that goes with it.

Hunter set out this season to learn from the best in the business in order to further his knowledge of bass fishing. His plan was to fish the Rayovac FLW Series Southeast Division and B.A.S.S. Northern Opens as a boater and the Walmart FLW Tour as a co-angler. Hunter felt like 2015 was the year to fish all three because the schedules offered him the best chance to improve his skills.

“I liked that a lot of the lakes on the schedule [for the Tour and FLW Series] were lakes that I wasn’t familiar with,” says Hunter. “I knew the best way to learn and become a better angler would be to travel to lakes I had little or no experience on and try to figure them out.”

While he wasn’t too happy with his FLW Series performance after finishing 76th in the points – despite a fifth-place finish on Lake Seminole – Hunter more than made up for it during the Tour season.

“My main goal when I signed up as a co-angler was to win the Co-angler of the Year title,” says the 23-year-old angler. “It feels amazing for that goal to come true.” 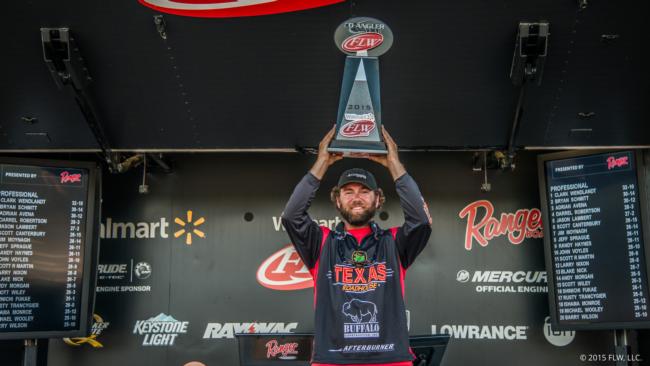 Hunter kicked off his Tour season with a third-place showing on Lake Toho. From there he netted sixth on Lewis Smith. Things got a little rougher for him on Beaver and Eufaula as he posted his worst finishes of the season – 33rd and 38th, respectively – but still cashed a sizable check in each tournament. Hunter rebounded with another top 10 (ninth place) on Chickamauga and sealed the deal with 16th on the Potomac this week.

“As a co-angler you have to be able to adapt and throw something different than the pro,” Hunter explains. “I was always thinking, ‘What can I do different in this situation to catch a bass?’

“Most of the time the answer to that was to slow down and use a finesse approach. The one time I tried to fish the same way as my pro it led to one of my worst finishes of the year.”

Case in point: This week on the Potomac, Hunter had to drag a Strike King finesse worm rigged with a 1/8- or 3/16-ounce weight on 12-pound-test fluorocarbon to catch his fish.

“I just feel so blessed to even be out here fishing,” adds Hunter. “I have such a great group of sponsors that helped me to be where I am. Ideally, if everything comes together I’d like to try to move to the front of the boat on Tour next year.”