What the Forrest Wood Cup champ trusts for up-close work 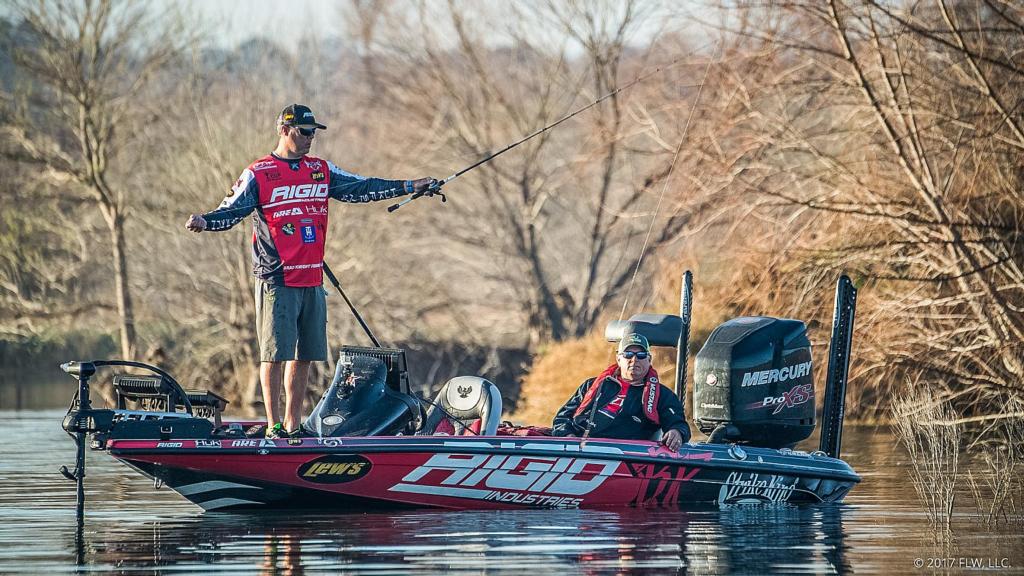 I use them for different things, but I work them all about the same way. Mostly, I’ll just make a flip and then bring the bait right back after a hop or two. I get 90 percent of my bites on the initial fall, and I’m OK giving up on 10 percent of the fish – the ones that might bite if I were to soak it longer – to have more chances by making more flips. My goal when I’m flipping is to target quality fish, so I try to knock five of the biggest bass in the lake on the head in a day.

Here’s how I fish each of my trio of go-to flipping baits. 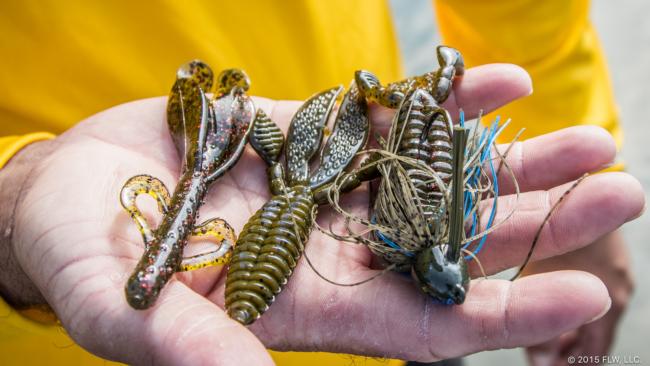 I like to try the jig first, and if I can’t get bites on it then I’ll try the Rodent. I usually start with a 1/2-ounce jig, but I’ll use a 5/8-ounce model in heavier cover or deeper water.

I don’t worry about fall rate too much; a 1/2-ounce jig with a trailer already falls pretty slowly. If the water is cold and I want a more finesse approach I’ll go with a Zoom Super Chunk or a twin-tail grub for the trailer, but in the summer when the fish are aggressive I like a Strike King Rage Craw trailer.

I keep my colors pretty simple. I’ll use green pumpkin if the water is clear and black and blue if it’s dirty. Sometimes I’ll use a brown jig, but that’s not usually the first thing I try.

The Rodent is pretty much the same deal as the jig, but I use the Rodent as my finesse flipping bait. It has less action and more of a gliding fall, so it can trigger bass that a jig doesn’t. During the summer, or if the bite is tougher, that’s when I turn to the Rodent a lot.

The 5/0 Strike King Hack Attack Heavy Cover Flipping Hook fits the Rodent just right. I usually use a 3/8- or 1/2-ounce weight held in place with a bobber stop so I can skip it better and hang up less in trees and brush. Again, green pumpkin and black and blue are my go-to colors.

I use the Rage Hawg right before and after the spawn, from about the middle of April through the middle of May. I think it’s good because it’s bulky and looks a little like a bluegill. It’s good all around then, but the Rage Hawg is probably best in the postspawn. The plastic bite is better then with the warmer water, and the bluegill bite is starting to pick up then too.

I use the same tackle for the Rage Hawg as I do for the Rodent, but I’ll fish it a little differently. With the Rage Hawg, I like to hop it and drag it just a bit more than I will with a jig or a Rodent.