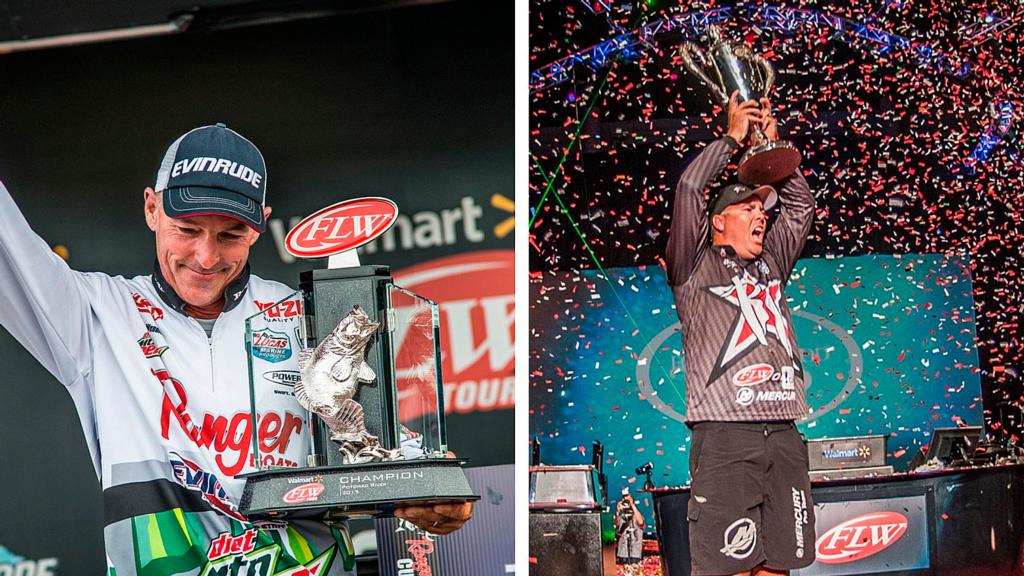 Two Walmart FLW Tour stalwarts, Brad Knight of Tennessee and Clark Wendlandt of Texas, have joined the Strike King pro-staff. Knight is the defending Forrest Wood Cup champion, while Wendlandt is a three-time Angler of the Year. His most recent Tour win came on the Potomac River in June.

“Brad is a perfect fit for our brand. He’s a young, dedicated professional and very talented angler,” says Strike King Chief Operating Officer Allan Ranson. “His character and work ethic are what impressed me. The traits that Brad possess will make him very successful, as well as a valuable asset to Strike King.”

“Being a Tennessee guy, I’ve always been partial to Strike King [of Collierville, Tenn.],” notes Knight. “Aside from also being from Tennessee, their products have become a very important part of my arsenal. Strike King makes everything a guy could need to compete and win at any level.”

Likewise, Wendlandt garnered accolades for a long career marked by its consistency of excellence.

“Clark is a great guy with a resume to match. He has been incredibly successful at every level of bass fishing and is currently doing a wonderful job on the TV side,” says Vice President of Sales and Marketing Doug Minor. “He brings a lot of knowledge to the table with his experience that we intend to draw from. Clark is a great addition to our team.”

“Strike King’s product line has evolved to a point that they make a great bait for almost everything you could need,” observes Wendlandt, who hosts the Fishing and Hunting Texas television program. “Strike King products have been really pronounced in the Texas tournament scene as of late, and I feel certain that they will give me an edge while filming as well as on the FLW Tour.”