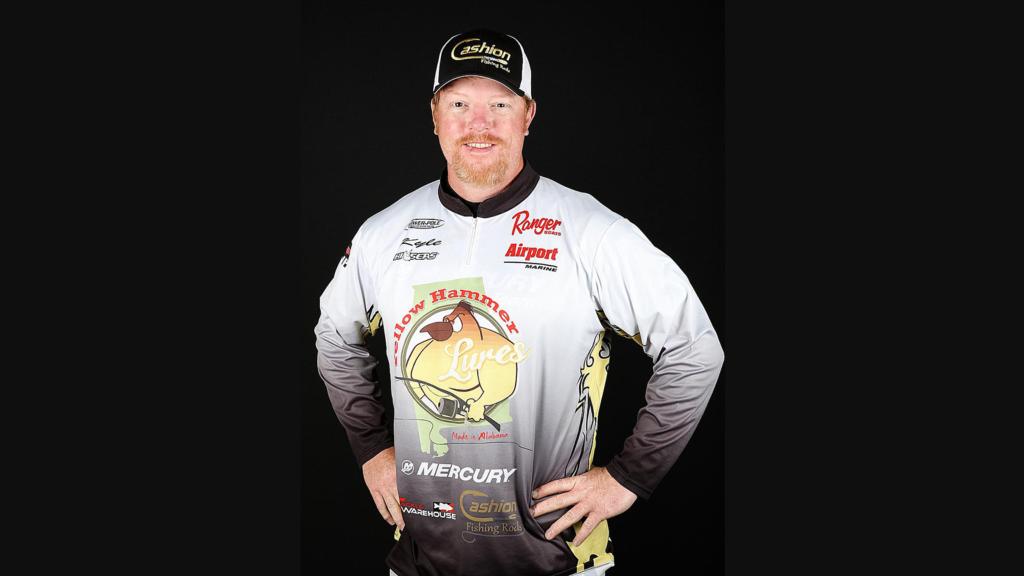 Members of the bass tournament world are among those mourning the untimely death of Kyle Mabrey, a well-known Alabama pro who was killed in a single-vehicle traffic accident just before midnight Sunday.

Details were still incomplete Monday morning, but apparently the McCalla man was returning from a tournament or fishing trip when the accident occurred near Bessemer. Authorities said Mabrey was traveling north on Interstate 459 when his Tahoe left the roadway and went down the median until he came to a stop on some railroad tracks that passed under the interstate. At 11:51, a Norfolk Southern train struck the boat he was towing. When authorities arrived, he was pronounced dead on the scene. At some point during the incident he was thrown from his vehicle, either when it left the roadway or when the train struck the boat.

Mabrey, 42 at the time of his death, leaves behind a wife, Beth, and two young children – a son and daughter. Mabrey fished the FLW Tour from 2008-2012 and in 2016, and previously owned Yellow Hammer Lures.

“Like everybody else who knew him, I really admired Kyle Mabrey,” says Bill Taylor, FLW’s senior director of tournaments. “He loved to go fishing with his little boy and always brought that up in our conversations. He would always text me pictures of their fishing results; his closeness with his family was all the world to him.”

“I just lost my best friend and my brother,” adds a grieving Blake Nick, a Tour pro. “All of us lost somebody special. We fished together for years and it just tears me up. You’re talking about a guy who would go fish his heart out all weekend in a tournament and then, come Monday morning, work with kids on ventilators and try to make them as comfortable as he could.”

Mabrey was a respiratory therapist at Birmingham Children’s Hospital. FLW Tour pro Brad Knight and other pros who knew and travelled the FLW Tour with Mabrey are setting up a fund to help his widow and children.

As the bass fishing world mourns the tragic death of Kyle Mabrey, who was killed in a one-vehicle accident near his home in Alabama Sunday night, his friends are rallying around his family. Tennessee pro Brad Knight, who travelled with Mabrey on the tournament trail, has started a gofundme.com account to raise $20,000 for Mabrey’s widow, Beth, and his children Evan and Emma.

“Kyle Mabrey was a good friend to all of us. He made a huge impact not only in the fishing community but also as a respiratory therapist at Birmingham Children’s Hospital,” said Knight in the account’s mission statement. “He tragically lost his life yesterday [Sunday, Feb. 19] in an automobile accident. This page is to help his widow, Beth and children Evan and Emma.”

To donate to the fund, go to https://www.gofundme.com/3epmdzs

Funeral arrangements for Mabrey haven’t been announced yet, but will be posted on flwfishing.com when they become available.

Visitation services for Mabrey will take place Thursday from 5 p.m. to 8 p.m. at The Baptist Church at McAdory on Eastern Valley Road in McCalla, Ala. The funeral will be held at the church beginning at 11 a.m. Friday.