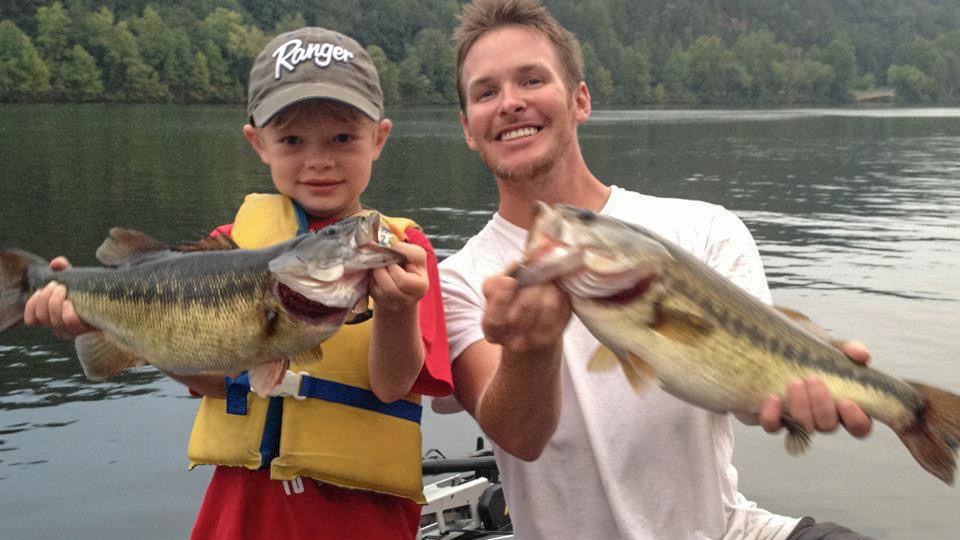 (Editor’s note: Funeral services for longtime FLW Tour pro Kyle Mabrey, who was killed Sunday night in a single-vehicle accident near Birmingham, are listed at the bottom of the original article. Details will be posted on flwfishing.com as soon as they are finalized. As noted here, a gofundme.com account has been established for Mabrey’s family.) 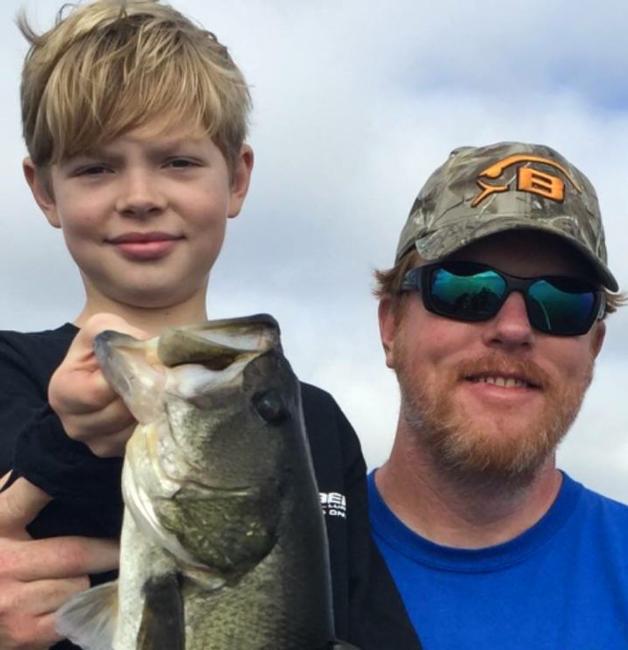 The photo on the gofundme.com account for Kyle Mabrey’s family is of a father and son just returned from a successful fishing trip.

The boy, Evan, is smiling without showing his teeth. He has his dad’s dimples and his blondish hair is tousled. It’s obvious he’s holding up a big bass. He looks out at the viewer with a pleased, look-what-I-caught countenance. His father, Kyle, is to the side and a bit behind. He’s grinning, much like any father sharing a moment of pride with a son. Kyle is wearing sunglasses and we can’t see his eyes. But the rest of his face expresses what he would say to us if we were there: “see what my boy did?”

The photo is fairly recent, but somehow reminiscent. It could have been a father and son from any era; it could have been us with our father or our son. Like all photos, it shows a moment frozen in time, except there’s no chance that any such moment will ever come again for these two.

There’s still uncertainty regarding the accident that took Kyle Mabrey’s life. We know that he was on his way to his father’s house that Sunday night for a fishing trip the next day with his father and his son, Evan. At about 9:30 p.m., he phoned his wife to say that he had forgotten his wallet, and asked her to bring it to the gas station near their home.

That was the last time Beth got to talk to him, was able to wish him safe travels and good luck fishing. Somehow, Kyle ran off a local interstate and wound up in a railroad right-of-way. He was killed, though investigators were still uncertain whether it was the crash or a train’s collision with his tow vehicle and boat trailer that caused his death. All that anybody knows at this point is that 9-year-old Evan has lost his best fishing buddy.

“Kyle dearly loved his daughter [Emma, 11] and wife [Beth], but Evan was like his very best friend,” says Blake Nick, a fellow Alabama angler and frequent fishing companion. “Evan loved what Kyle loved and Kyle would take him fishing whenever he could. That was the most important thing to Kyle. I remember the first time I went fishing with them. Kyle treated Evan like a man on the water and Evan fished like he knew exactly what he was doing, whether it was casting or flipping or whatever. Every day they spent on the water came with a lesson. Evan is going to be a great fisherman, just like his dad.”

A few years ago, a mutual friend of Kyle Mabrey and Blake Nick died in an auto accident near Birmingham. The two talked about it, about the uncertainties of life and how bad things can happen when you least expect them. Kyle made Nick promise that if anything ever happened to him, he would help look after Evan and take him fishing when he could. Nick promised.

“After the accident, I went down to where Kyle’s rig was and tried to save all the rods and salvage as much tackle as I could for Evan…Lord, that boy loves to fish.”