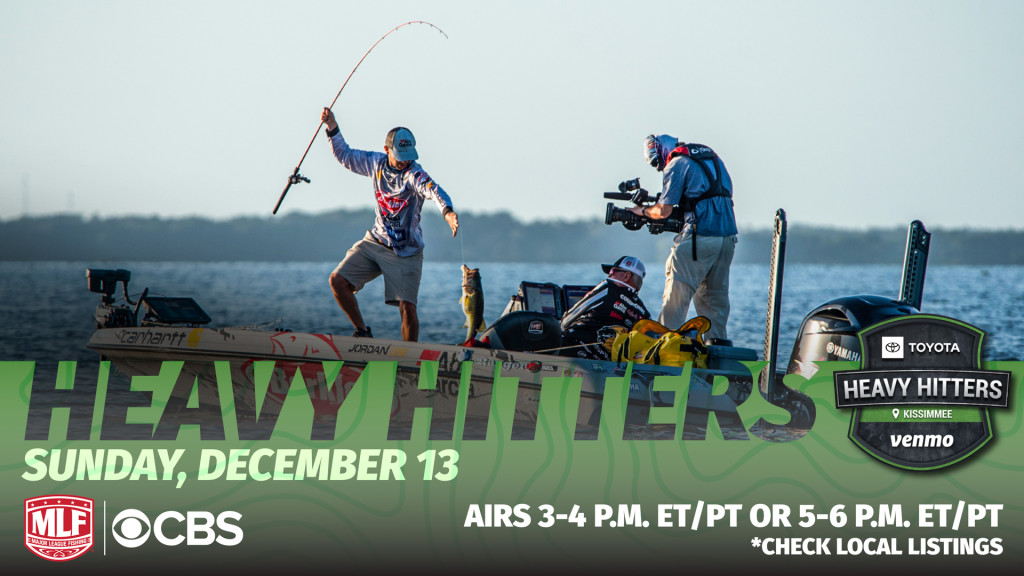 WHAT: The Major League Fishing Toyota Heavy Hitters Special presented by Venmo, filmed on the Kissimmee Chain of Lakes in Central Florida, will premiere nationwide Sunday on CBS. The program will showcase 80 of the top bass anglers in the world from the Bass Pro Tour competing across six days to catch the biggest bass each day for a piece of the $745,000 purse and the $100,000 top prize awarded to the biggest bass caught on the final day.

NOTES: Originally scheduled for May 16-20, 2020, as an All-Star event, Toyota Heavy Hitters Presented by Venmo was filmed on Lake Tohopekaliga (Toho) and the Kissimmee Chain June 7-12, due to the mid-season pause from COVID-19.

The event featured all 80 MLF pros in a traditional six-day, Bass Pro Tour tournament format competing for a $745,000 purse, including a $100,000 check for the single biggest bass caught on Championship Day.

Sunday’s episode will showcase the highlights from each day of the event, including four anglers being awarded a total of $200,000 for catching the largest fish in each round, multiple anglers entering the water, and a thrilling final-day shootout between two of the top anglers in the sport – Jordan Lee and Bryan Thrift.