A Race to the Chick: Neal, Wheeler Drive All Night for Toyota Series Start on Chickamauga 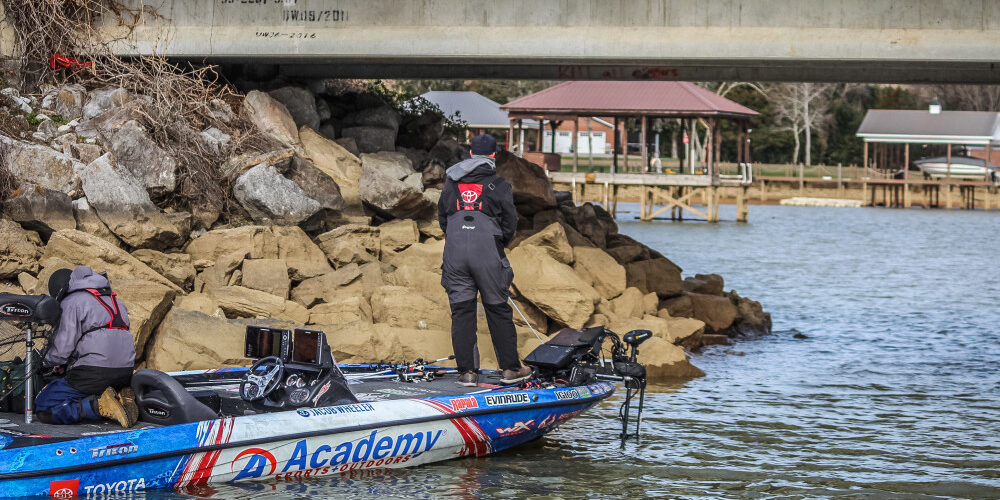 The tournament is setting up to be a shootout staged on a big bass fishery at a prime time of year. The lure of big bass on a renowned fishery was enough to entice a contingent of Bass Pro Tour anglers to sign up for the event.

Usually, that wouldn’t be an important story, but the event on Lake Okeechobee ended Wednesday, and the Chickamauga event started on Thursday.

Andy Morgan, John Murray, Wesley Strader, and Justin Atkins all competed in Florida but had enough time to make it to Dayton in time for the registration meeting and get at least a few hours of practice in. Depending on how they finished at the “Big O,” they may have been able to squeeze in a full day of practice before the event.

That wasn’t the case for Jacob Wheeler and Michael Neal, who both made the Championship Round on Lake Okeechobee. They stopped fishing at 4 p.m. ET and then drove to the General Tire Takeout.

After that, they both had a long drive ahead of them to make it in time to fish Day 1 on Chickamauga. That doesn’t take into consideration things like refueling their boats, charging their batteries, and getting their rods rigged.

Neal weighed in 18 pounds, 6 ounces on Thursday, good enough for eighth place. The Lew’s pro is a local to Lake Chickamauga and is a favorite anytime he fishes there, even without practice.

While completing his interviews after finishing second during Stage Two at Lake Okeechobee, he was eager to hit the road.

“I need to get going; the Toyota Series event starts at 7 in the morning. It’s going to be interesting, and it will be a long drive tonight,” Neal said as he jumped in his truck.

Even with a lack of practice (and sleep), he should be considered a favorite on his home lake.

Wheeler ended Day 1 on Chickamauga with two fish for 9-14 (56th). Like Neal, Wheeler lives close to “The Chick” and should be considered a favorite on his adopted home lake. He wrapped up Lake Okeechobee with a third-place finish, just over a week after he took the win on Lake Eufaula during Stage One.

After putting his boat on the trailer, he was busy signing autographs and chatting with fans, and then, he vanished. When reached by phone to ask how he was able to do so well at Okeechobee, he apologized and said he was on the road.

“Sorry, man, we had to get out of there. We are on the way to Tennessee; the tournament starts in the morning,” Wheeler said.

With no practice and just pulling up to the ramp, Wheeler will rely on his instincts to make Day 2 adjustments, just like he does at the MLF Cup events. Only this time, he knows where he is going and has an idea of what to expect.