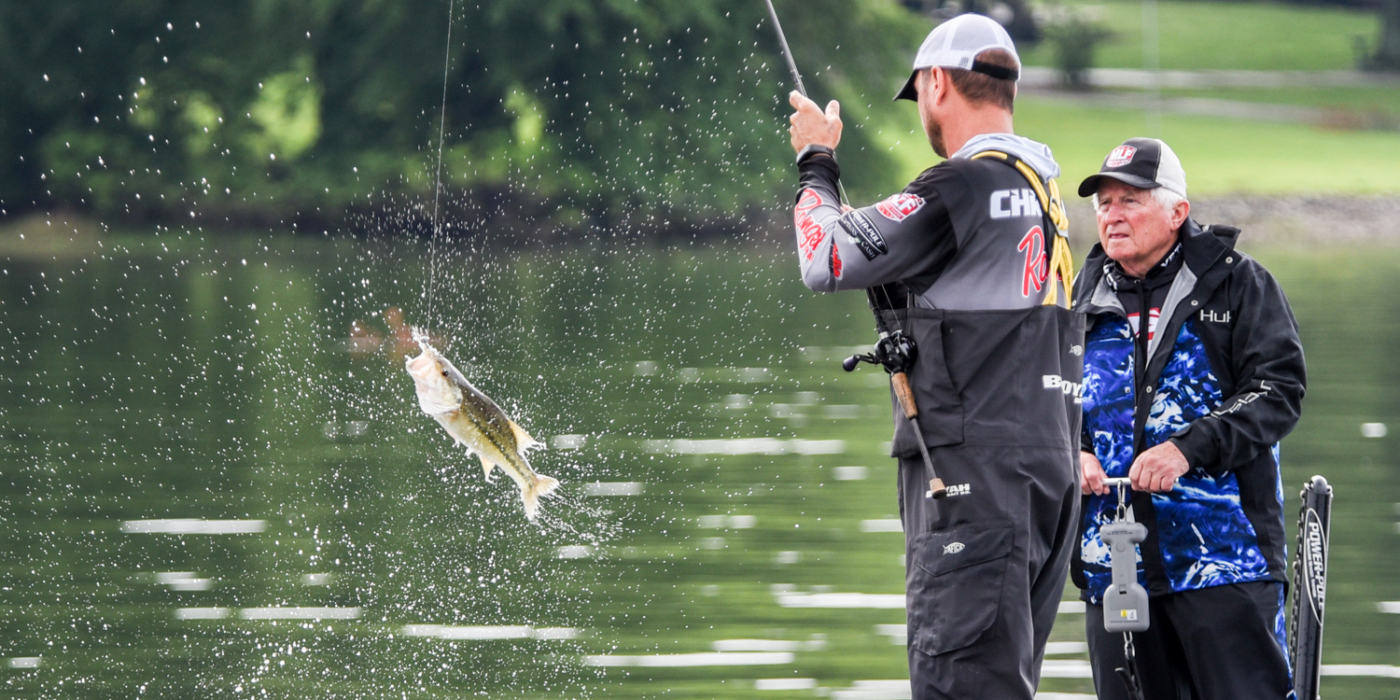 TULSA, Okla. – Before Phoenix Boats Stage Five Presented Mercury began on Smith Lake, we told you that there could be plenty of penalties assessed throughout the six days of fishing. That prediction proved to be true thanks to 359 total penalties for 716 minutes.

And The Most Penalties Goes To…

The most-penalized angler on Smith Lake was fourth-place finisher Jason Christie. The Oklahoma pro was handed 20 fish-landing violations for a total of 40 minutes in timeout during Stage Five. Christie says his penalties were not due to carelessness, but because of how aggressive the Alabama spotted bass were.

“Those spotted bass were just so squirrely,” Christie reflected. “They would come off in the air or would flop around once you got them in the boat, so it was a little bit of everything at Smith Lake.”

Those penalties were coming at the wrong time for Christie because of just how well he was fishing Smith Lake. He was able to rack up 87 scoreable bass over the course of the tournament, so anytime he spent having to stop for a penalty was precious time wasted.

“I was really frustrated getting those penalties because I was fishing for schools of fish,” Christie detailed. “The longer it takes for your bait to get back in the water, the longer it gives these fish an opportunity to settle down. You don’t want that, you want to keep them fired up. So, when you get a penalty, you’re sitting there thinking all you want to do is get your bait back in the water so you don’t miss out.”

Christie began Stage Five as the 36th-most penalize angler for the season. Thanks to the slew of spotted bass he caught and the penalties they translated into, he’s now third in the league for most penalties behind Jordan Lee and Dustin Connell, an honor he’s not too proud of.

“I’d like to be in third place for the REDCREST, not third in overall penalties,” Christie joked. “I knew I had a lot of penalties in Stage Five, but overall I thought I was doing a pretty good job. I guess I wasn’t.”

Obviously, Christie wasn’t the only angler with penalties on Smith Lake. Manager of Competition Crew Recruiting and Training for MLF Aaron Beshears says everyone had a tough time in the Yellowhammer State.

“Those Alabama spotted bass were just so aggressive and our anglers had a tough time getting them to settle down,” Beshears reflected. “Even guys who had zero penalties on the season were penalized at this event. A lot of our anglers were finesse fishing, so anytime you are doing that with aggressive fish like we just had there are going to be a lot of fish-landing violations.”

In addition to largemouth and smallmouth, Bass Pro Tour field will likely see more spotted bass during the Berkley Stage Six Presented by TrueTimber from Table Rock Lake in Branson, Missouri. We’ll see if the anglers can settle down those spots May 17-22.