All You Need to Know About Sturgeon Bay’s Sensational Smallmouth 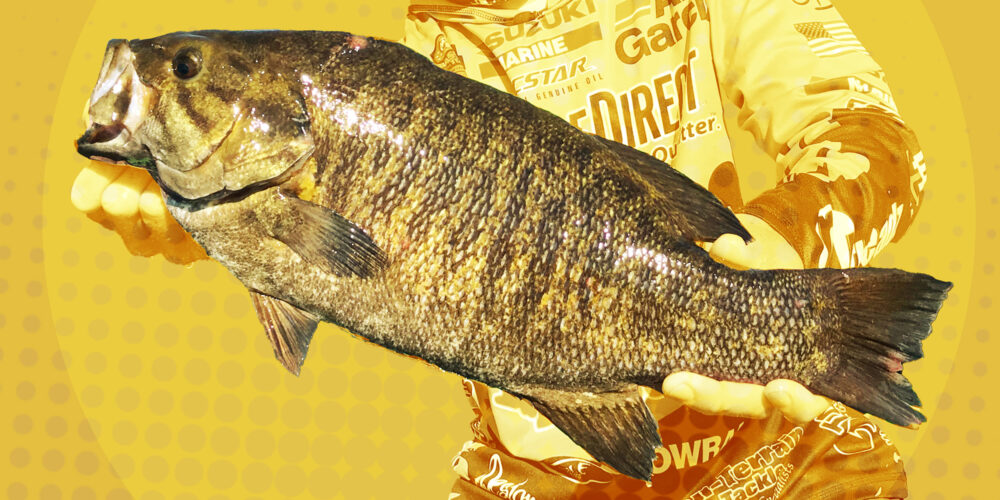 STURGEON BAY, Wis. – Sturgeon Bay and the surrounding waters are a “bucket list” destination for many bass anglers. Besides bass, there are plenty of opportunities for other species, including walleye, perch and salmon. Most of the Bass Pro Tour field agrees that this Door Peninsula should be a top destination no matter what fish you’d like to catch (and as a bonus, the area is downright beautiful).

According to Wisconsin Department of Natural Resources (DNR) fisheries biologist Scott Hansen – who has monitored the area’s abundant fisheries out of his Sturgeon Bay office since 2007 – the area’s reputation for large, plentiful smallmouth bass has been in a booming cycle for nearly 20 years.

“The 90s were big production years, but we started having really good fish classes in the 2000s,” he says. “It was somewhat of a secret until the past eight or 10 years, when the catch rates and growth shot up.”

What Makes Sturgeon Bay So Good?

Hansen says that the biggest key for the area is the habitat; in the past few years, the smallmouth fishery has evolved into a perfect storm because of the underwater topography and forage, which have stimulated excellent growth rates.

“It’s all come together lately with both sizes and numbers of fish,” Hansen says. “For habitat, the Door Peninsula has everything smallmouth need. There’s excellent spawning habitat, plentiful forage, and deeper water for the bass to hang out the rest of the year.”

While the fishing is good, two invasive species have forever altered the local waters. Both the goby and zebra mussel have made it difficult for Hansen and other biologists to manage the fishery.

“The water in Lake Michigan has never been so clear, and the mussels rob nutrients from the water have really harmed several fish species. They’re a nasty invasive species,” Hansen says. “While gobies can be a food source, they’re prolific at robbing a nest and can do a number on spawning smallmouth beds.”

The Makings of a Trophy Smallmouth

In addition to good habitat and forage, the best ingredient for growing smallmouth is time, and it takes them several years to grow to trophy size.

“We do most of our measurements with inches because it makes it easier for us to sample consistently,” Hansen says. “Fourteen inches is considered a legal, keeper smallmouth, and it takes four to five years to reach that length. In the 90s, that was five to seven years – that shows how much the growth rate has increased.”

This week’s average scorable bass is hovering right around 3 pounds, which equates to a roughly 17-inch smallmouth.

The smallmouth bass has a nomadic reputation for moving from day-to-day, but fisheries data shows that they don’t move very far, and tend to live in the same general areas for their entire life.

“We’ve done some tagging work and although we still have limited data, we’ve found that many bass have a ‘stay home’ area,” Hansen says. “Most of the fish that we’ve tagged in Sturgeon Bay will stay in Sturgeon Bay. Some have traveled 12 or 13 miles between being caught, but the vast majority stay fairly close by.”

Wisconsin DNR has also recognized genetic differences between fish caught in Sturgeon Bay, and those on the other side of the peninsula in Lake Michigan waters.

“Most of the fish we’ve tagged and recaptured on both sides have been in the same general places and don’t move back and forth,” Hansen says. “They don’t move near as much as walleye or salmon. They typically move up to spawn and then go to their offshore migration patterns to deeper water.”