An Update with Scroggins: Knee Surgery and Smallmouth Thoughts 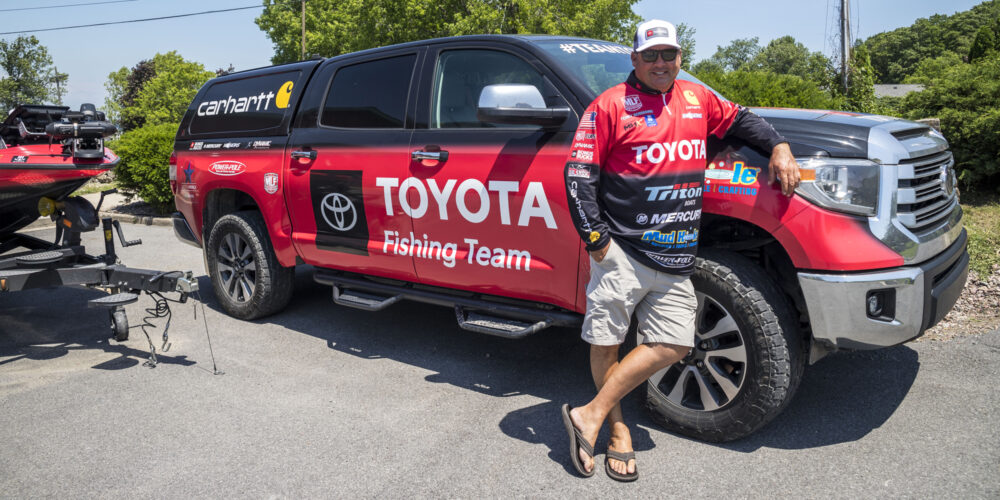 In the fall of 2020, Team Toyota pro Terry Scroggins underwent knee replacement to get ready for the 2021 season. It was a long overdue procedure, and Scroggins was happy that his surgically repaired knee healed up in time for the start of the season.

However, Scroggins was forced to undergo a second surgery in May due to an infection in that knee. The Florida native was in excruciating pain had to miss Stage Three on the Harris Chain, which hurt even more because “Big Show” has enjoyed tremendous success in his home-state fishery.

After two events back in the saddle – Lake Chickamauga and the St. Lawrence River – Scroggins is thrilled to be fishing the northern swing of the schedule: the Florida largemouth-fishing powerhouse has developed a fondness for smallmouth bass over the past several years.

Florida bass fishing is a unique experience, and so is targeting smallmouth in the Great Lakes region. The two types of fishing have very little in common and that’s part of why Scroggins loves chasing smallmouth so much.

“I love catching northern smallmouth because they’re so aggressive,” Scroggins said. “The biggest thing is just figuring out what the fish are doing and how deep they are. It’s going to be shallow or deep and relating to either rock or sand; once you figure that out, it gets pretty simple and you can replicate it all over the lake.”

As a result, Scroggins keeps his bait selection simple when he heads north each summer.

“Lure selection is easy and five or six rods is all you really need,” he said. “It’s going to be a drop-shot, Ned rig, hair jig, spybait and maybe a spinnerbait.”

While his bait selection is pretty straightforward, Scroggins puts more thought into his clothing when he heads north.

“It’s kind of weird to be packing clothes for a trip up north when you’re in 95 degrees with humidity in Florida,” he joked. “All I’m thinking is shorts and sandals, but you never know what to expect when you fish northern waters. In my 20-year professional career, I’ve learned to pack plenty of warm clothing anytime you head north of Tennessee, no matter what time of year it is.”

Scroggins is now nearly six weeks removed from his second surgery (when he fished Lake Chickamauga for Stage Four, it was just two weeks). While standing on the front deck of a bouncing bass boat may not seem like the best idea just a few weeks removed from knee surgery, Scroggins said that it’s actually helping his knee recoup.

“It’s tough to stand up all day, especially the long 15-hour days we had during practice because it doesn’t get dark until so late,” Scroggins said. “But it’s actually good for my knee to stand up and fish all day, to build strength and get a better range of motion. The hardest thing is getting up out of the driver’s seat and (stepping) onto the front deck.”

Scroggins is progressing with his knee rehabilitation and getting stronger every day. He couldn’t imagine a better place to strengthen his new knee.

“The St. Lawrence River is the best smallmouth fishery in the world,” he said. “Champlain and St. Clair are also right up there. It is going to be a lot of fun for the rest of the season.”