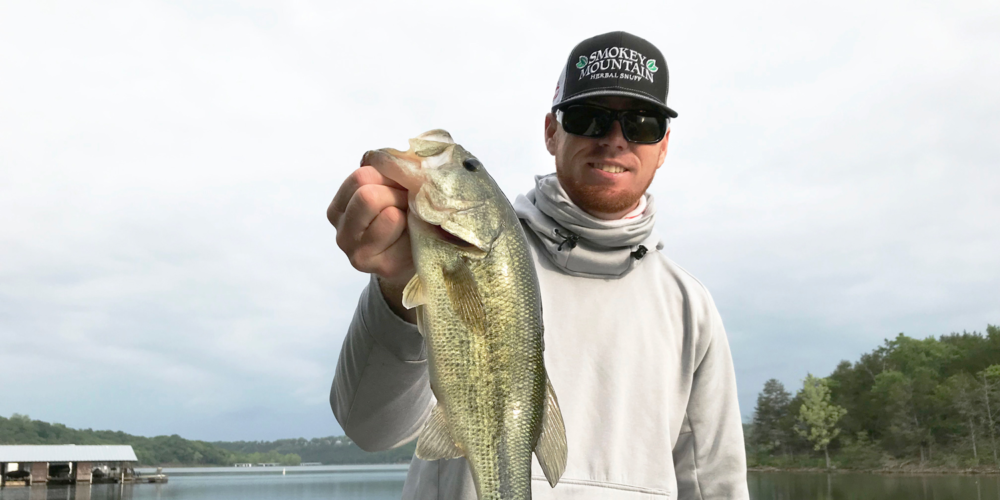 The Arizona pro claimed the record for the total number of fish caught, and the single-day total weight for the Bass Pro Tour just 24 hours after Vinson laid claim to both. When all was said and done, Bertrand had racked up 59 bass and 89 pounds, 5 ounces on SCORETRACKER® in today’s Shotgun Round 2 at the Berkley Stage Six Presented by TrueTimber.

Bertrand will enter the Elimination Round with an 11-pound, 3-ounce lead over second-place angler Ott DeFoe.

Period 3 Was Key for Bertrand

The top of the leaderboard was in flux throughout the day. After Period 1, Jacob Wheeler held the lead. At the close of Period 2, Ott DeFoe was leading before Andy Morgan briefly overtook him. All of those anglers had banner days, but nobody could catch Bertrand.

The final period was Bertrand’s to own, and he went on a tear. Midway through the period, he landed 10 bass in fifteen minutes and continued catching them until time expired.

His Period 3 numbers were impressive: He caught 31 bass for 47-6. To put that into perspective, his Period 3 weight would have been enough for 18th place on the day.

“Periods 1 and 2 were good, but not great. I think they just started to bite late in the day and I have to give credit to the weather,” Bertrand said. “We had a big storm coming, and those pre-frontal conditions helped to get them active.”

With a considerable lead, Bertrand may not need to catch a bass in the Elimination Round to move on, but he plans to expand on what he learned.

“I expect it to be different when I get back there because of the weather and water levels,” he said. “The fish want to move towards their summer pattern, and I am going to try to figure out what their next move is.”

To catch 55 bass for 78-2 and finish the day in second place is a testament to how well Table Rock is fishing right now. DeFoe’s 55 scoreable bass is the second most bass caught in the young history of the Bass Pro Tour, but he’s still over 11 pounds behind Bertrand.

His total weight was great despite going over an hour without catching a scoreable bass.

“I had a really good start and slow start to Period 2. It picked up from there and was fairly consistent the rest of the day,” said DeFoe. “The good news is I have a good gap over 20th place and am not in a position where I have to catch one every 20-minutes to keep pace.”

An approaching storm was part of the story today and likely helped the fishing for some anglers, but it did affect plans at the event. While anglers were able to complete the entire day without any weather delays, it did force the cancellation of fan events at the MLF Midway as well as the Postgame Show Presented by Berkley.

How this will affect the rest of the week is still to be determined, but post-frontal conditions tomorrow could make for more challenging fishing for Group A anglers during the Elimination Round.

Shotgun Round 2 daily awards were:

Elimination Round 1 (Group A) competition begins Sunday at 6:30 a.m. CT with live, official scoring available at “lines in” via SCORETRACKER® on MajorLeagueFishing.com and on the MLF app. The MLF NOW! live stream starts at 9 a.m. CT, with live, on-the-water coverage and analysis provided by Chad McKee, JT Kenney, Marty Stone and Natalie Dillon until lines out at 2:30 p.m. The Berkley Postgame Show – hosted by Steven “Lurch” Scott – will start at 4 p.m.