Best 5 Performers: How Shryock, Rojas, Birge, Monroe and Morgan Got on ‘Em 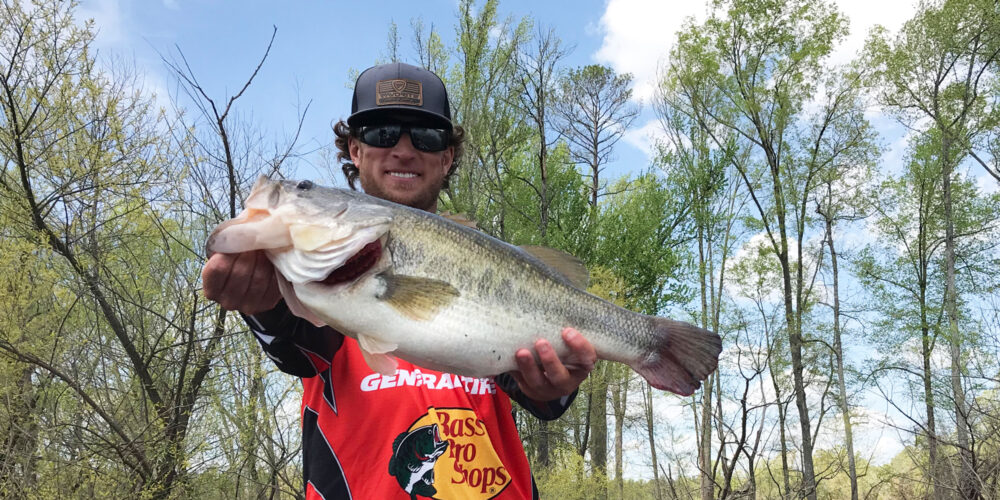 RALEIGH, N.C. – Group A was back on Jordan Lake at General Tire Heavy Hitters Presented by Bass Pro Shops Sunday and it was a fun ride for those following along, with some hefty bass placed on SCORETRACKER®. There were some eye-popping daily totals and, once again, many different tactics in play to land these North Carolina bass.

After catching 28 pounds, 5 ounces to start the event, Shryock more than doubled that Sunday with 14 bass for 60-8. His 88-13 total allowed him to win the group and advance to the Championship Round on Shearon Harris Reservoir.

Oh yeah, he also won $25,000 for the 9-4 that he caught his favorite way: flipping and pitching shallow cover. He targeted willow trees and bushes with a Yamamoto Fat Ika with a light tungsten weight.

“It was an incredible day with so many big ones,” he said. “It was a lot of fun, and I didn’t want to stop fishing.”

Arizona’s Dean Rojas found himself in last place in his group after one day of fishing. His first day was forgettable, with just two bass for 5-10, but Sunday was one he’ll always remember.

“Today was one of those days you dream about,” Rojas said on MLF NOW! “I only had 5 pounds the first day and today was a dream day. I have so much joy and this shows that anything can happen if you stay positive.”

His day included rallying to sixth place in his group, landing an 8-11, and spending 45 minutes of his day getting two hooks out of his hand. His day had plenty of excitement.

On the fishing side of things, he targeted an area outside of a bridge with both a 1.5 and 2.5-sized squarebill crankbait.

One of the most consistent anglers in the field, Birge lived up to that by adding 39-4 on 11 fish SUnday to his 37-1 on 11 fish to start the tournament. He briefly held the lead before settling to second at the end of the day.

To get this far, he’s pitching targets with a creature bait in extremely shallow water.

“I would have liked to have won the round, but I’m happy to be moving on,” Birge said. “I caught all my fish by flipping bushes with Yo-Zuri braid.”

Tacking 29-12 onto his 34 –8 on the first day, Monroe finished the round in fifth place and will advance to the Knockout Round. His weight today was the day’s fourth-best and he did the same thing both days.

“I’m flipping bushes in extremely shallow water,” Monroe said. “The first day, it seemed to be the hardwoods and today, the shadier stuff was better. Even though this lake is at full pool, there still isn’t much in the water, so I am hitting everything in front of me.”

Tennessee’s Andy Morgan also remained consistent with 29-07 on eight bass after catching 37-6 the first day. He found himself in third place when the dust settled and will advance to the Knockout Round.

He’s known as a master at pitching shallow cover and that’s how he is doing it this week.